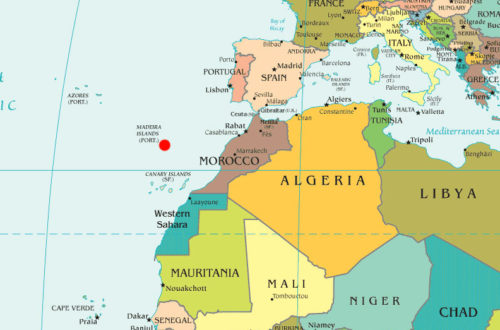 We did a brief survey of our friends. Only a handful had ever heard of Madeira and just one had ever been here (so it makes sense that she was also the only one who knew how to find it on a map).

Let’s start off with the basics: Portugal is the country. Madeira is the island. Funchal is the city.

It was discovered by Portuguese sailors in 1419 and that country has owned it ever since.

It is now a very popular year-round resort and draws about one million tourists (nearly four times the island’s population).

We absolutely LOVE, LOVE, LOVE Madeira. But we’ll tell you more about that in other posts.