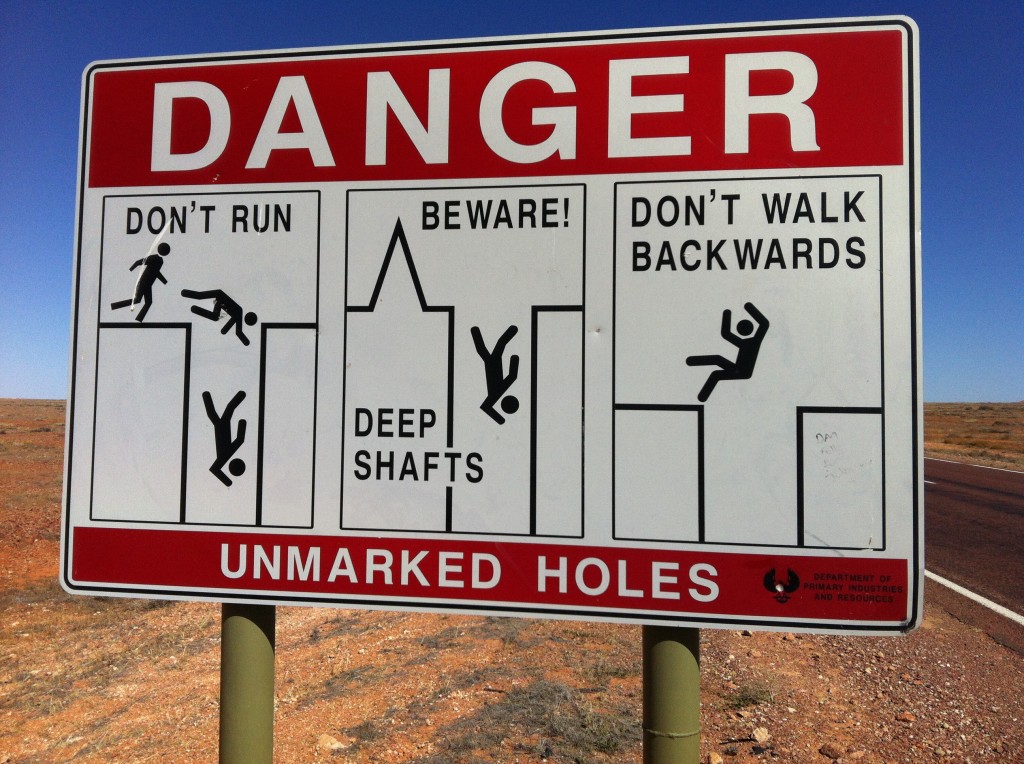 Turns out Australia has an illegal alien problem. Just before our last trip down under, a boatload of Afghanis had attempted to come ashore in order to request asylum, but the government wasn’t buying it. Instead of granting them asylum, they decided to discourage similar actions by putting the asylum seekers into a detention facility somewhere in the outback beyond Coober Pedy.

We ended up getting stopped at a traffic checkpoint somewhere south of town. Immigration officers required us to get out of our car, peered into the interior and checked to see what was in our trunk.

I asked one of the officers what they were looking for and he said, “Some illegal aliens broke out of the detention facility in Woomera. We captured most of them, but three are still on the loose.”

“No problem,” he said. “If they travel during the day we’ll find them or they’ll die of thirst. And if they travel in the dark they’ll eventually fall into one of the opal holes and never be seen again. Problem solved either way.”

If only the United States had opals on its southern border.