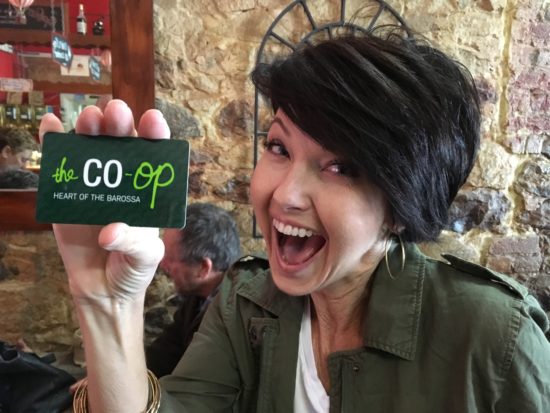 We are now official members of the Barossa Co-op, a fancy new grocery store in the heart of Nuriootpa. Think of it as an Australian Gelson’s (for our California friends) or an Australian Market Street (for our Texas friends). In other words, it ain’t no ordinary store.

What makes the Co-op even more impressive is the fact that there are only about 20,000 people in the Barossa Valley and I wouldn’t have thought that so few people could support such a fancy schmancy operation.

But back to us being locals.

Our first trip to the Barossa was about three weeks long. I was talking to the owner of Tanunda’s local dry cleaner one day and when he found out we were staying for three weeks, he said, “Why so long?”

“Because we want to stay long enough to be considered locals,” I responded.

He laughed a sardonic laugh.

“I’ve been here for 30 years, mate, and they still don’t consider me a local.”

Well, maybe so. But we are now members of the Co-op now and we think of ourselves as locals. No matter what the locals may think.