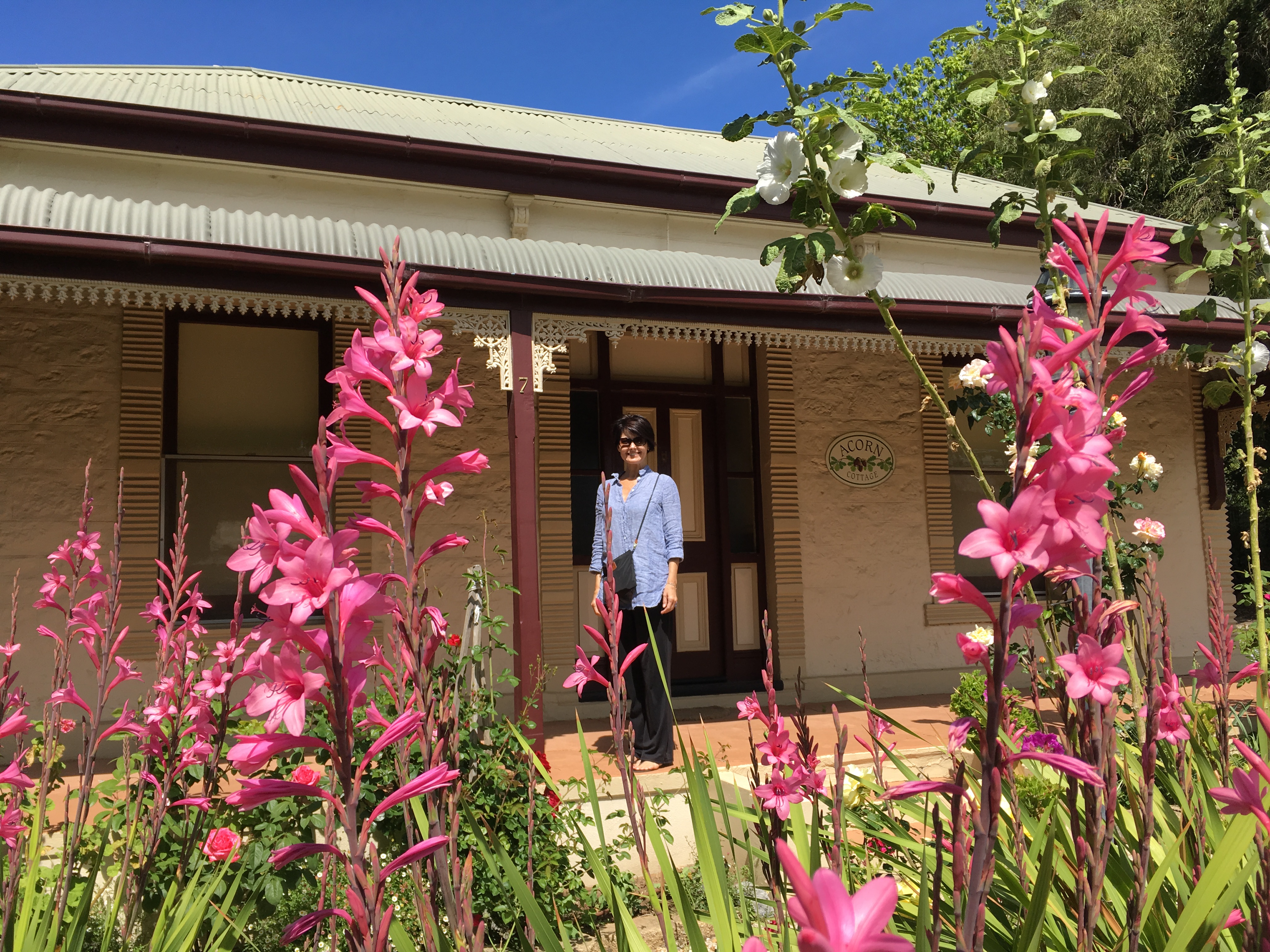 We really love Acorn, the hundred year old stone cottage we rent when we’re in the Barossa Valley. This is our third extended stay here, but the first one almost didn’t happen.

We’d stayed at Byhurst, a cottage in Tanunda, the next village down the road, a couple times. But then its owners sold it and it became the permanent residence of the new owners. The cottage we stayed at during our next visit wasn’t nearly as nice and its owners were, well, to be diplomatic, very odd. So we decided to find a different place to stay.

Luckily, we wandered into Angaston one afternoon. Within about ten minutes we agreed, “This is perfect. Let’s stay here next time we come back to the Barossa.”

After we returned to the United States, I began scouring the internet hoping to find a gorgeous, restored stone cottage near Angaston’s main street. I finally found Acorn and thought it was exactly what we wanted. Jamie agreed, so I sent the owners an email telling them that we wanted to rent their cottage for three months.

They’re going to love this, I thought. Three months of 100% occupancy, no cleaning every few days after short-term renters leave, and no commissions on the rental to the website.

Instead I got into a long exchange of emails with the owner, who did not seem to want to rent to us. He demanded that we pay for the entire rental up front. He demanded that we provide him with travel insurance that would pay him the entire rental fee if we flaked out. In fact, he made it clear that he thought the entire concept of a three month rental was too odd to be legitimate. “No one’s ever rented our cottage for more than three weeks,” he said.

He insisted that he would need to speak to me on the phone in order to get a better read on the situation.

Although this seemed like more trouble than it was worth, we really wanted to rent his cottage, so I agreed to have the conversation.

Ken called me in California one quiet Sunday morning and we talked for about 45 minutes. He grilled me like Joe Friday taking down a perp. It went on and on and on. I did my best to reassure him that he had nothing to worry about because I was also a landlord and that we would show his cottage the same kind of respect we show our own home. Blah, blah, blah.

In the end, he seemed somewhat mollified, but still demanded that we pay him upfront for the entire three month rental and that we purchase that travel insurance policy.

Then everything changed. Out of the blue, Ken sent me an email saying that they would love to have us rent their cottage and proposing an easy monthly payment schedule. He never mentioned the travel insurance again. Of course, I followed his lead and never mentioned it again, either, because I had done a little research and found out that what he wanted was prohibitively expensive.

We arrived in Angaston and were very pleased to find that Acorn was even more beautiful than it looked on the internet. Ken and Sue, his wife, had done a tremendous job restoring the cottage to its original condition. And its location, just a couple hundred yards off Angaston’s main street, was exactly what we wanted. 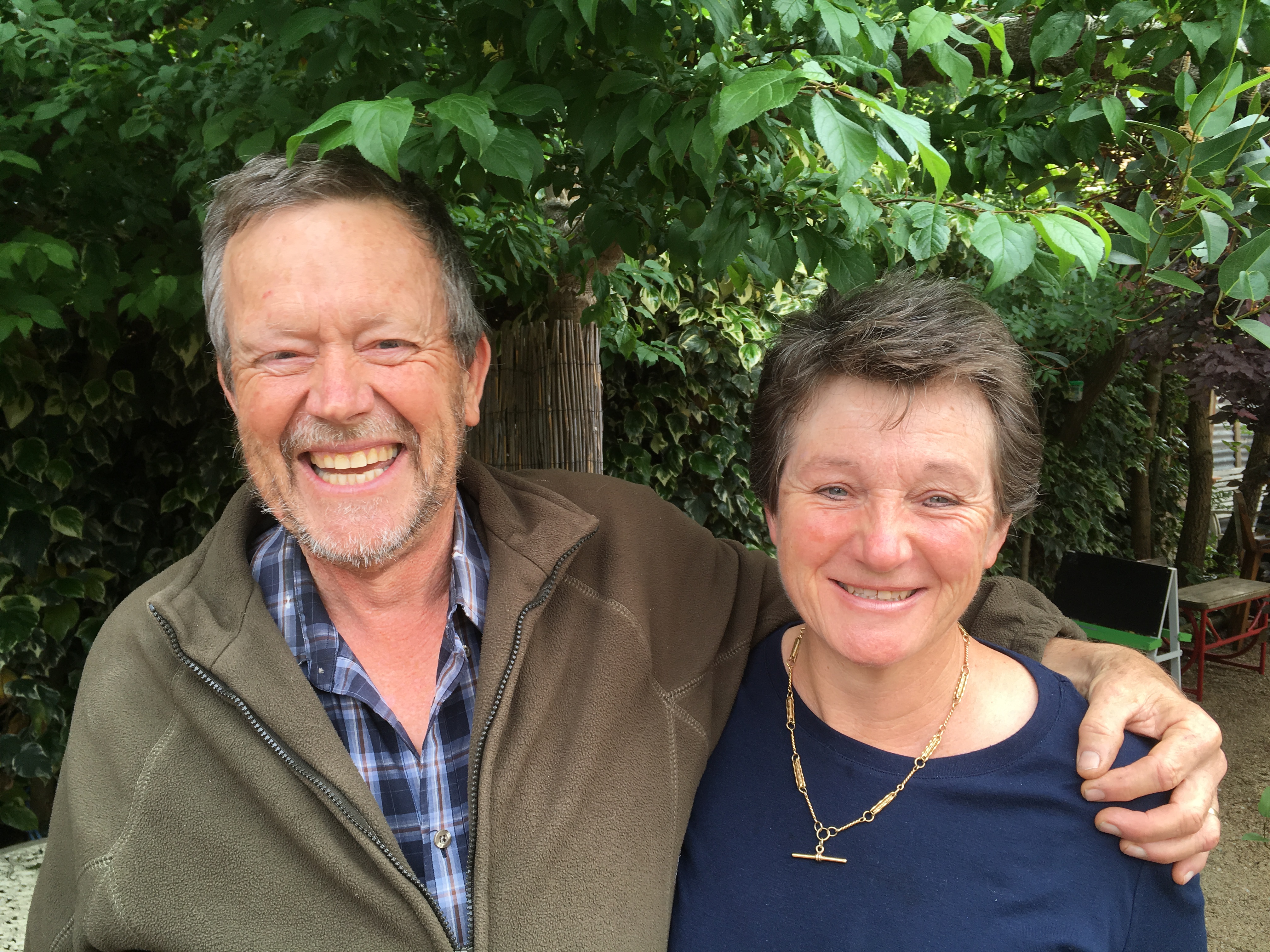 Ken and Sue and Jamie and I quickly became friends. He’s exactly the kind of intelligent oddball that I love. She’s smart and tough and an absolute pleasure to be with.

Despite our budding friendship, I let a couple months go by without mentioning Ken’s earlier demands. But we eventually became good enough friends that I thought it was safe to broach the subject.

“Hey, Ken,” I said, “What made you change your mind about getting payment upfront and demanding travel insurance?”

“Funny story,” he began. “We went to lunch with some friends one day and they brought along another couple, acquaintances that we didn’t really know very well. At one point I said, ‘We have a very odd situation with our cottage. We think it’s some kind of scam. An American couple wants to rent it for three months.’”

“Is it Jim and Jamie?” the acquaintance asked.

“Yes, it is,” Ken stammered, dumbfounded that the acquaintance would pick our names out of 300 million potential American renters.

“No problem,” the acquaintance said. “They rented Byhurst from us several times. Lovely people.”

Turns out those acquaintances were Ray and Polly Dundon, who started out as our landlords in Tanunda, but had become good friends.

Right back at you, Ken.