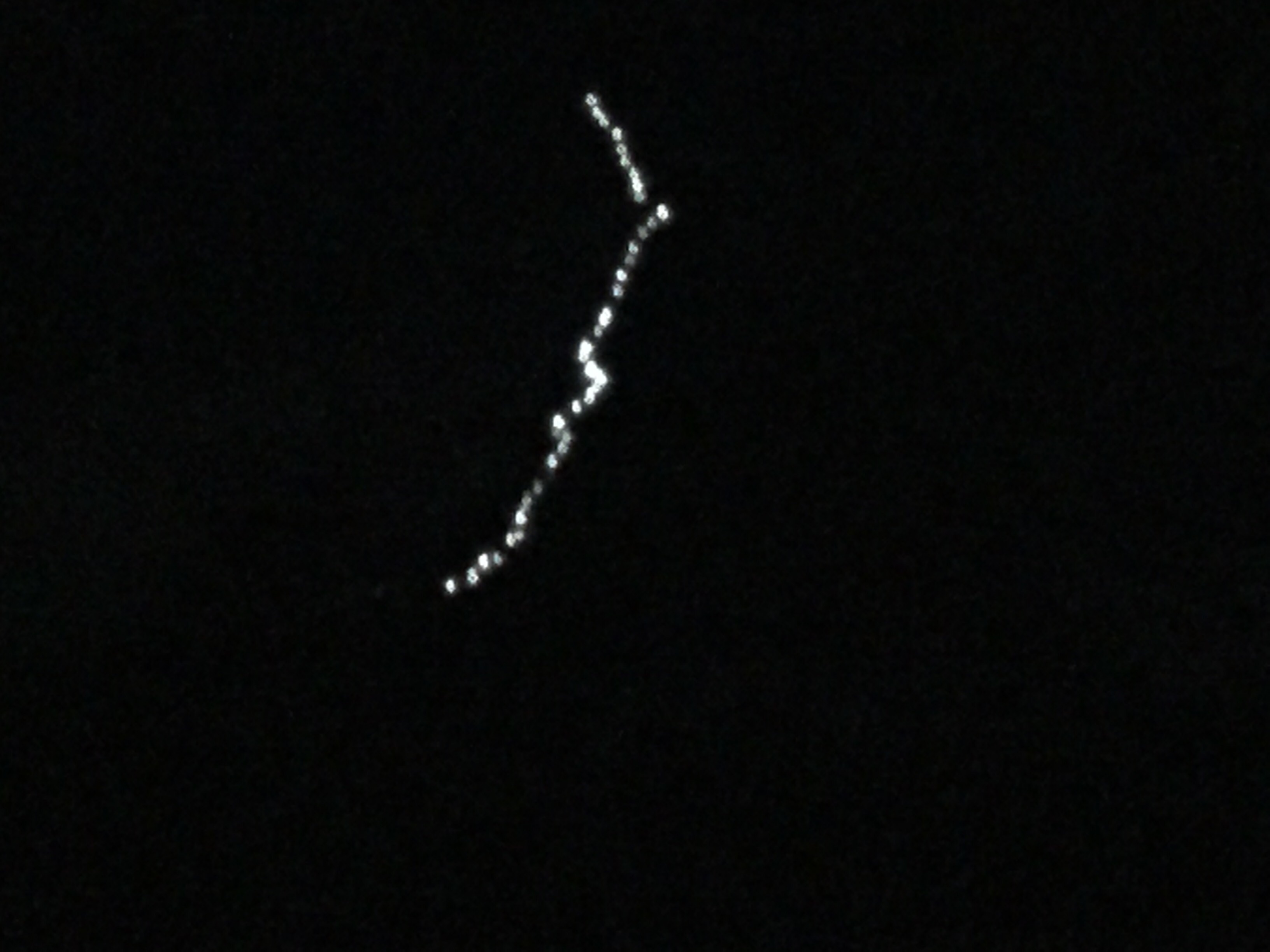 I know you’re going to look at this photo and say, “This is their worst one yet.” But wait. You don’t know the story behind it.

This is the 150th anniversary of the first successful ascent of the Matterhorn. Most of the first party to make the historic climb didn’t make it back alive. Zermatt is celebrating the anniversary in various ways and this photo, believe it or not, is one of the ways.

Jamie and I had just turned out the lights and gone to bed on our second night in town when I looked out the window and hollered, “The lights are on.”

We jumped up, I grabbed my iPad, we ran out onto our deck and I took this quick shot. Within seconds of taking the photo, the lights went out.

The photo’s not going to win any awards, but we still think it’s pretty cool that we got to see the lights.

By the way, why is it called an “ascent” instead of a “climb”. They’re called mountain climbers, not mountain ascenders.