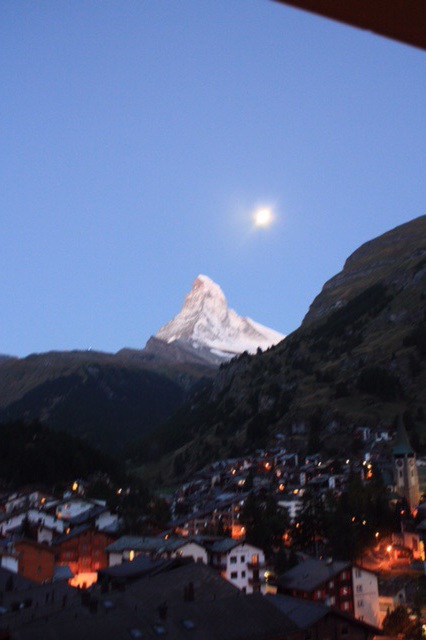 The award for the worst-named menu item in the world goes to Denny’s Restaurants for a breakfast combo called “Moon Over My Hammy”. I have ordered and eaten it, so I am qualified to attest to the fact that it does not measure up to the Super Moon Over the Matterhorn, which can only be ordered in Zermatt.

We read the other day that we were going to have a “Super Moon” on each of the nights we were in Zermatt. In case you didn’t read the same article, a super moon is what it’s called when a full moon occurs at the same time the moon makes its closest approach to the earth. That relatively rare combination of conditions makes for a bigger, brighter moon called a Super Moon.

The sun went down in Zermatt last night and the super moon rose directly over the Matterhorn.

How cool is that?