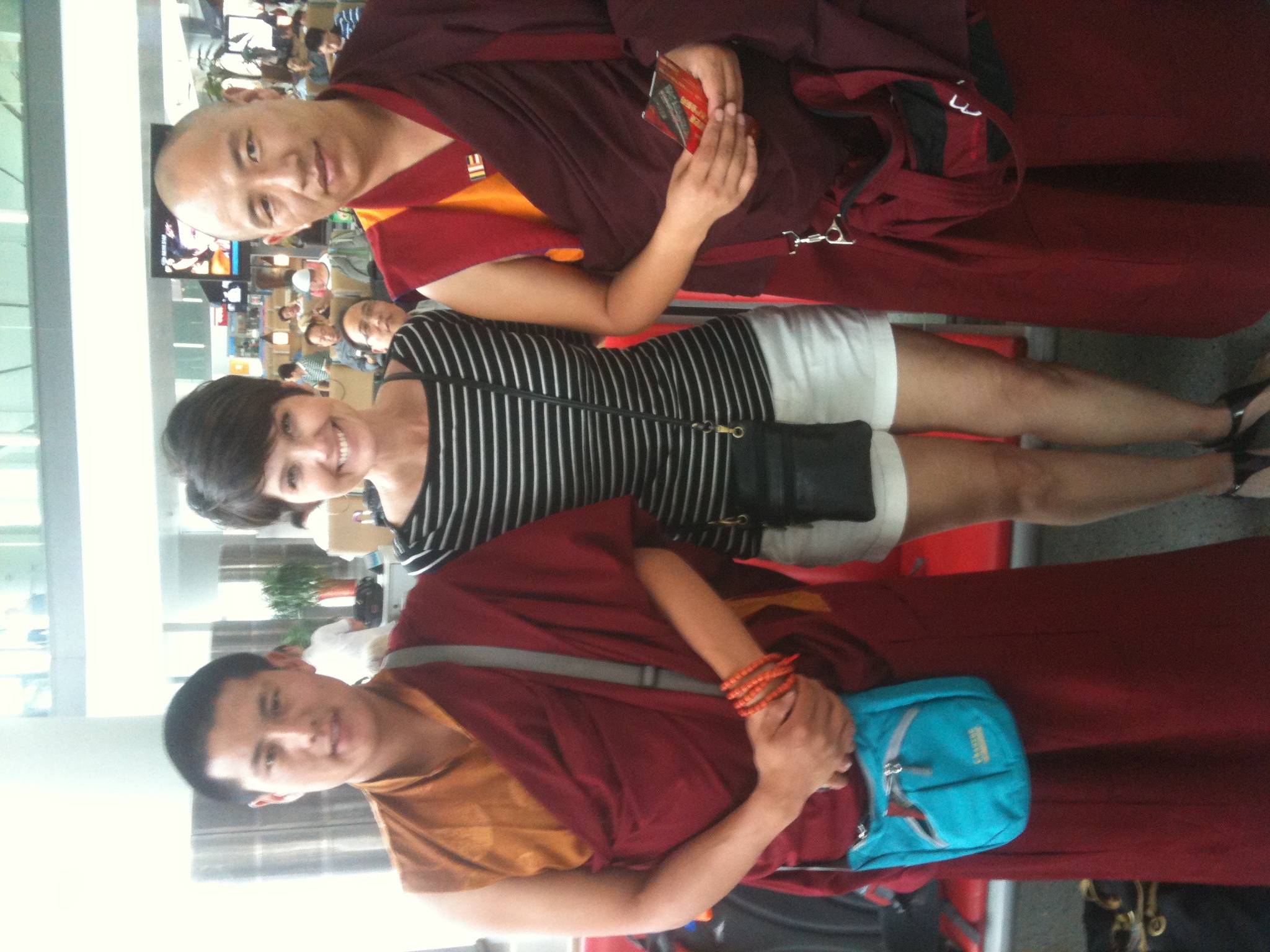 Despite the fact that we have a very good friend who’s Buddhist, I know next to nothing about the religion. So forgive me if I mangle a few facts here, Richie.

Jamie and I frittered away some time in an airport coffee shop while waiting for our flight from Xi’ An to Chengdu. The two guys at the next table were Buddhist monks.

When we finally moseyed out to our gate there were two open seats next to the the monks. I said, “Let’s go sit next to them, Jamie. This should be interesting.” She, of course, thought I was insane. Especially when I insisted that she take the seat next to them.

The way we understand the story, the older one is a very prominent monk. He’s written books and he does a lot of public speaking. We know this because he pulled out his iPhone and began scrolling through photos of himself speaking and pointing to himself and miming writing when he got to the photo of his book.

Far as we could tell they had just been at some sort of Buddhist convocation and were on their way home to their monastery here in Chengdu. It might have been that the younger monk was some sort of pledge who got hazed at the convocation. (Wait. Am I confusing entering the priesthood with joining a fraternity?)

They were quite smitten with Jamie. The younger one wanted her email address. They were very happy to have their photo taken with her.

But then, who wouldn’t be?