We took an excursion to see the Elephant Whisperers, an elephant rehabilitation and adoption center. It’s a relatively small facility that only houses six elephants.

The head pachyderm is a huge 29-year old male named Tembo. And when I say huge, I mean huge.  He weighs in at six and a half tons and towers over the rest of the herd.

“When Tembo was two years old, he was orphaned when his herd was culled. Together with another orphaned elephant, Becky, he was raised by humans. Tembo’s home until he was approximately 18 years of age was in a reserve which bordered crop farms which Tembo regularly raided, causing thousands of rand’s damage. Authorities, faced with a deluge of complaints by local farmers, decided Tembo would have to be destroyed. Fortunately, Rory and Lindie Hensman rescued Tembo, taking him to EFAF, where Tembo enthusiastically embraced his new routines and also interacting with other tamed and trained elephant.”

You might be asking why his family had to be culled (a nice way of saying they were destroyed) when we keep hearing that elephants are an endangered species. From what our guides told us, they are endangered in the wild, but in places where they are relatively safe from poachers, like Kruger National Park, there are too many of them.

Athough elephants have a matriarchal society (much like our house), Tembo has apparently embraced his status as the boss. Nevertheless, he seemed happy to pose for photos with awestruck tourists. 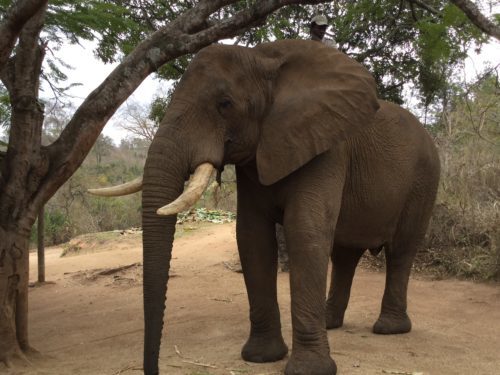 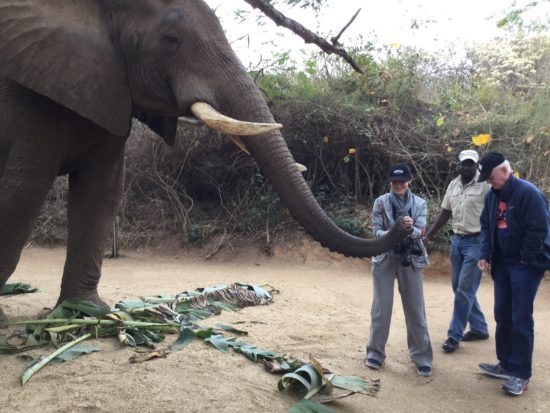 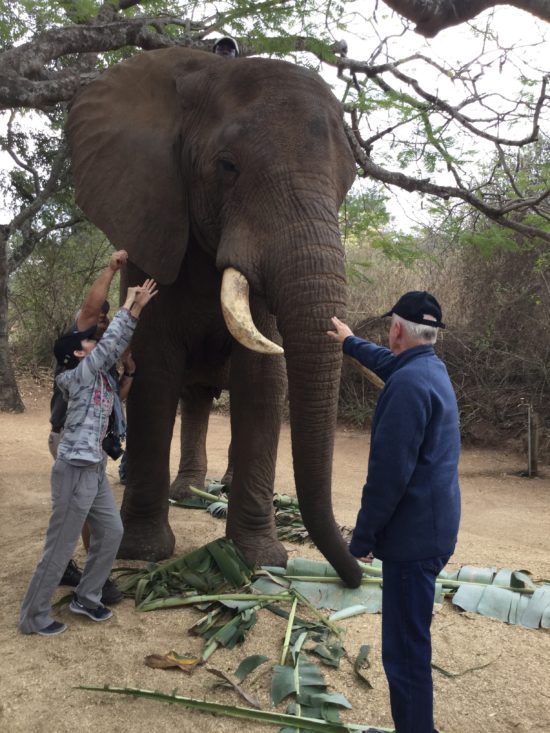 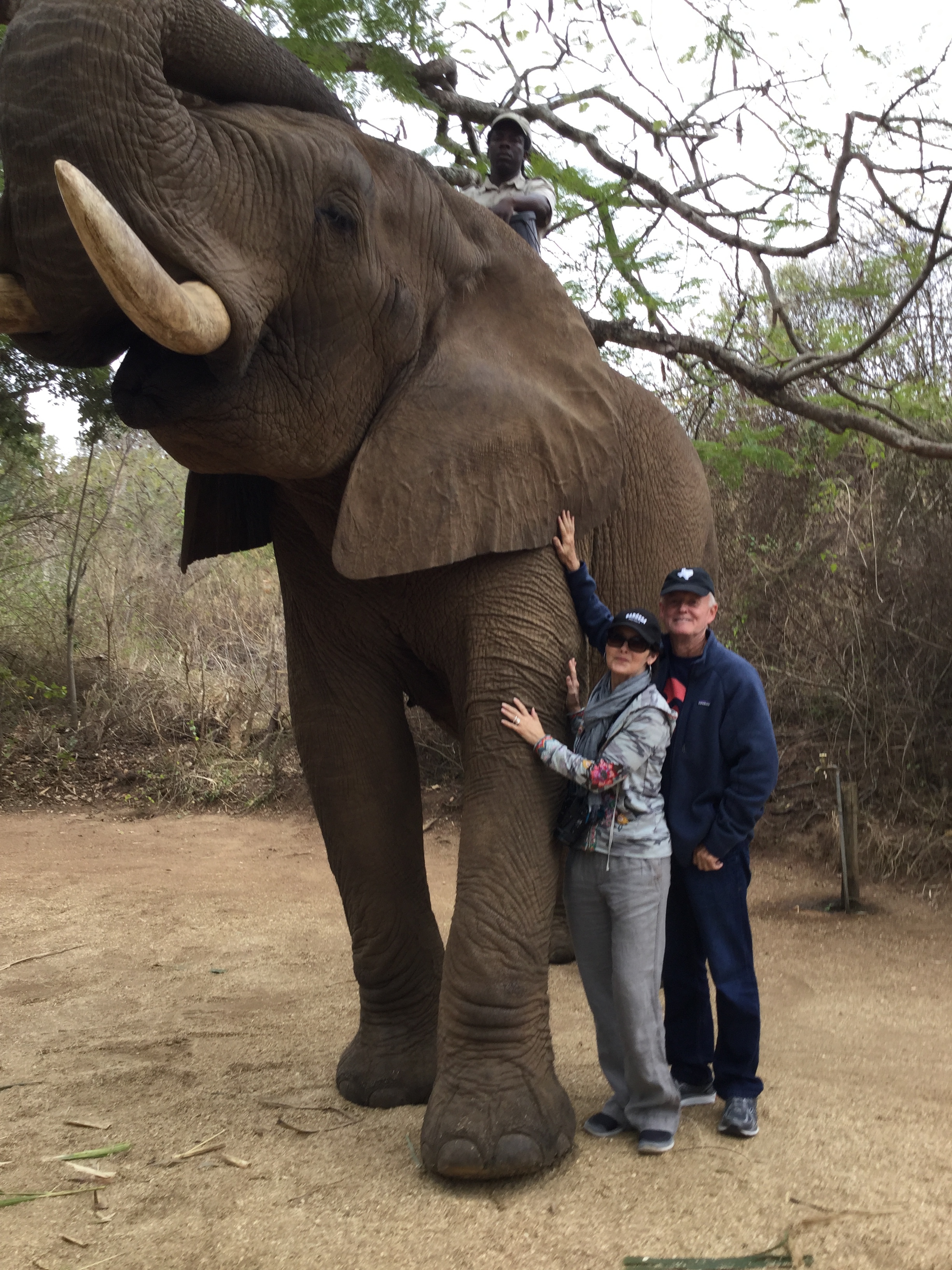