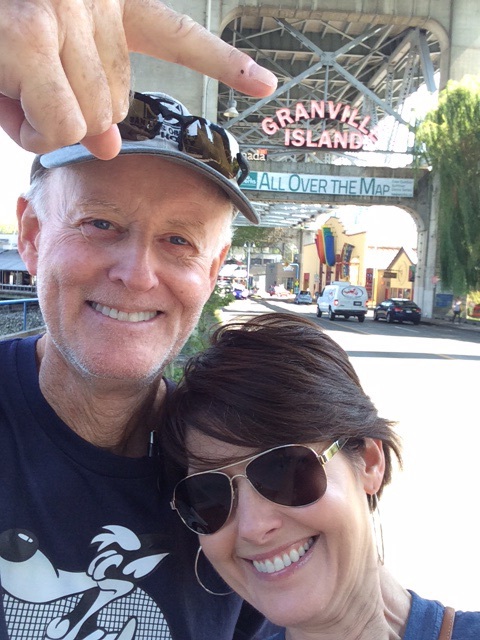 We had so much fun on Granville Island on our first night in town that we decided to go back to check it out in the light of day. Of course, it takes another ride on the Aqua Bus to get there. 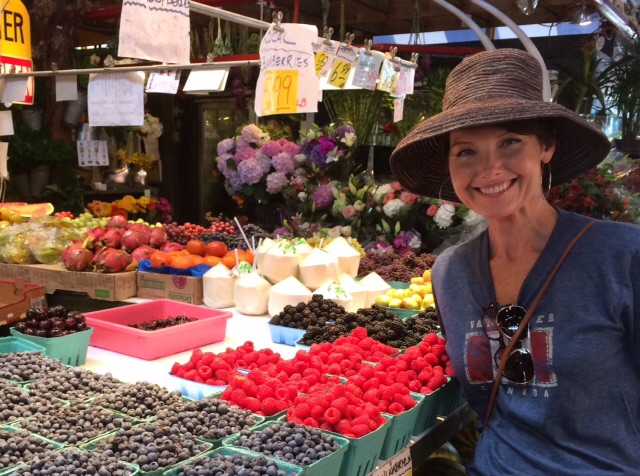 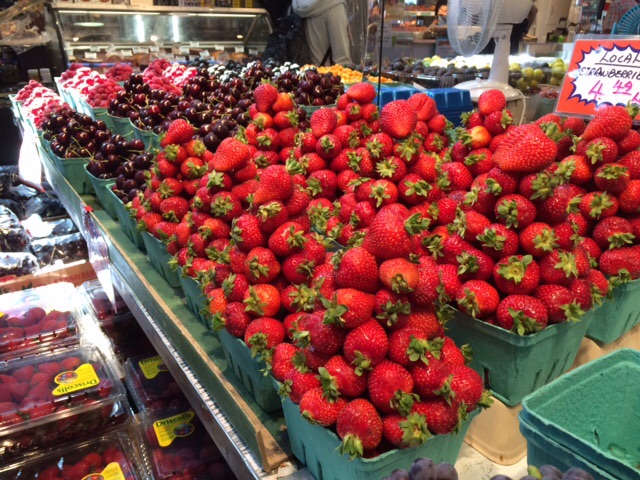 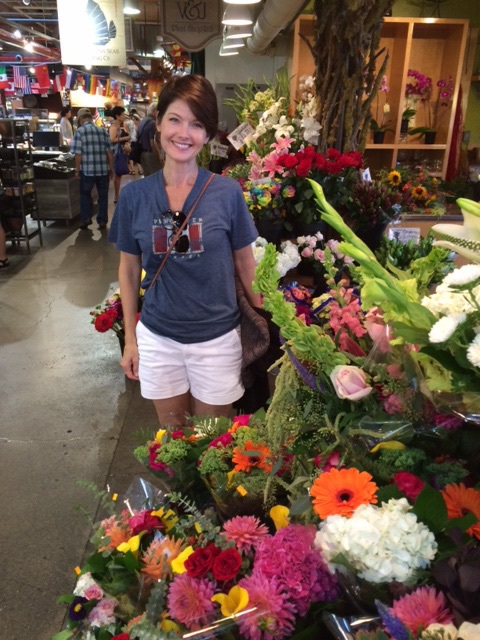 I couldn’t to begin to list all the cities in which Jamie has said, “Oh, look. They have a farmers market. Let’s go.” She was ecstatic to discover that Granville Island’s farmers market is open seven days a week. Be forewarned — later in this trip we will post photos of Jamie at Adelaide, South Australia’s huge market and the Barossa Valley’s tiny market. I don’t quite share her enthusiasm for the markets, but I usually go along to get a cinnamon roll or croissant. To each his own. 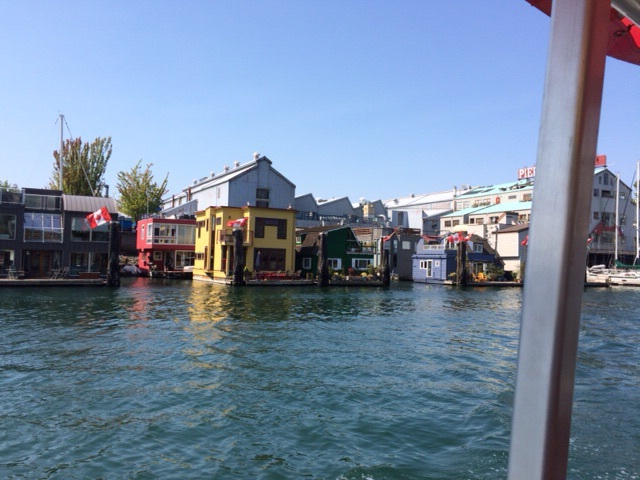 Jamie saw these houseboats and said, “Ooh, let’s move to Vancouver and live in a houseboat.” A few minutes later the pilot of the Aqua Bus mentioned that Vancouver’s average yearly temperature is 40 degrees Fahrenheit. She quickly said, “Hmmmm. It would probably be even colder than that on a houseboat, wouldn’t it?” I think we can now safely forget the concept of living in a houseboat. 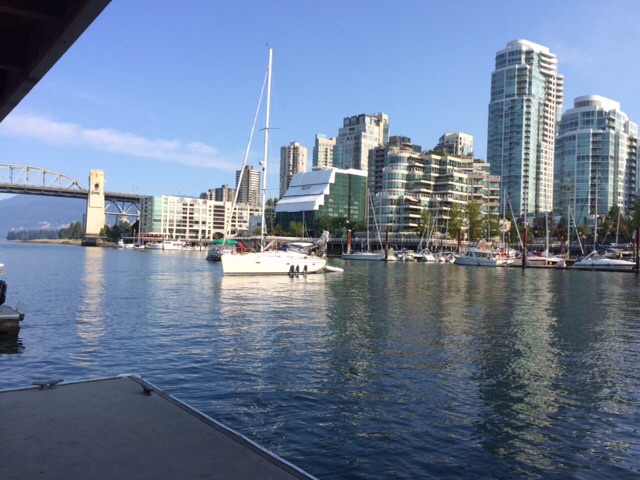 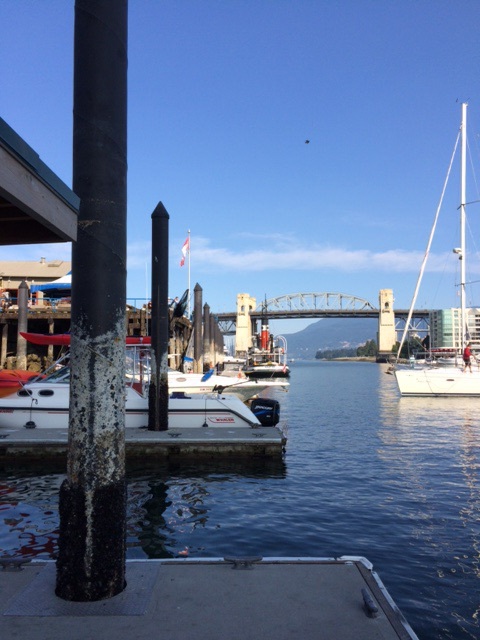 Sometimes we think that Vancouver reminds us of Sydney, but the size and scale are so much more livable than the Aussie city.