Our accommodations at the Mahoora Safari Camp could barely be called camping.

We’re getting toward the end of the season, and perilously close to the monsoon season, so we were the only guests. We had the entire camp to ourselves and that also means we had 100% of the staff’s attention.

At Mahoora, roughing it means having a luxury tent with an indoor shower and toilet, three delicious multi-course meals served daily, and two guided safari excursions daily. When we returned from our safari excursions and climbed down out of the safari truck, we were greeted by an attendant bearing hot towels. When we reached our tent, we found coffee and tea, ginger cookies and, believe it or not, hot foot baths awaiting us.

We could get used to this. 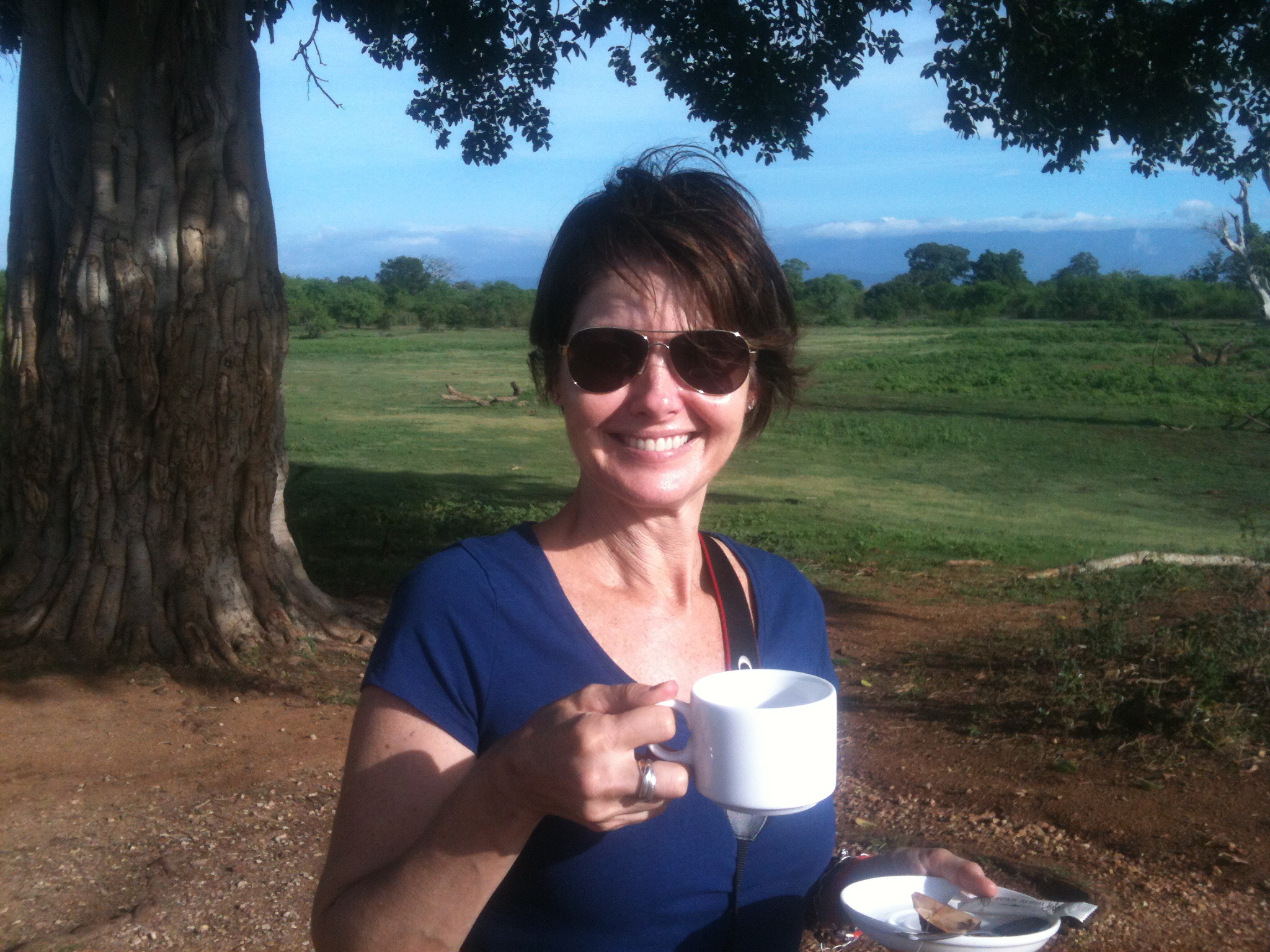 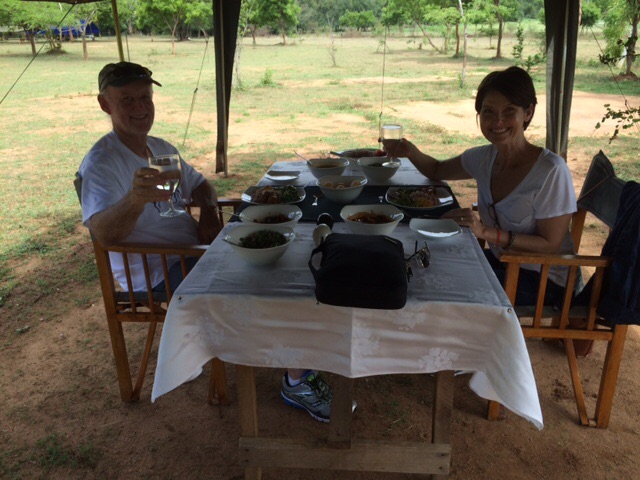 Breakfast at the Mahoora Safari Camp. This ain’t camping. It’s not even glamping. 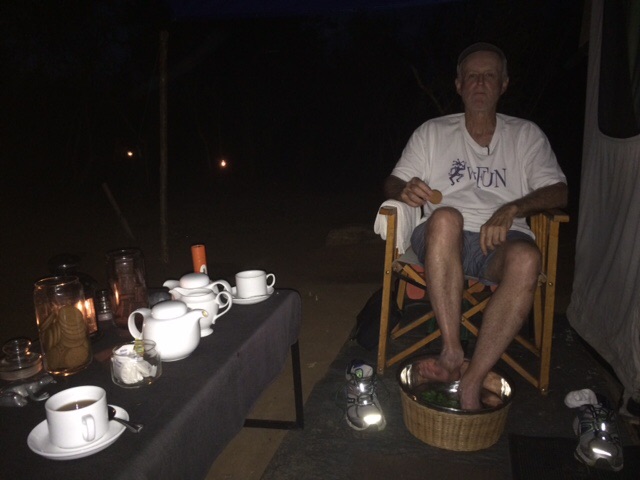 “Sandun, my footbath is too warm and my tea is too cool.” 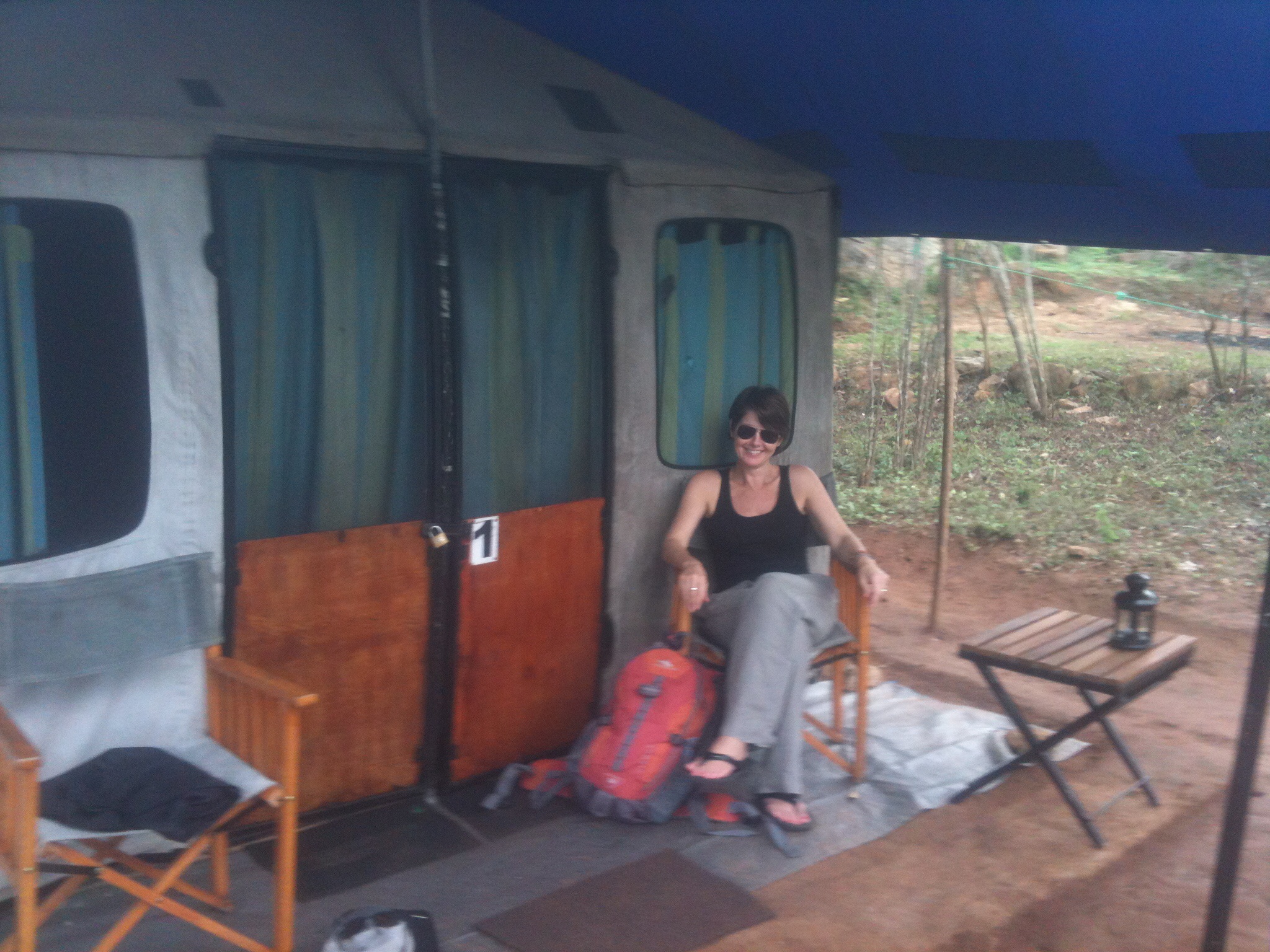 Jamie relaxing in front of the Mahoora Luxury Tent. It didn’t seem all that luxurious after arriving directly from Tea Trails, but it must have been because I never whined once. 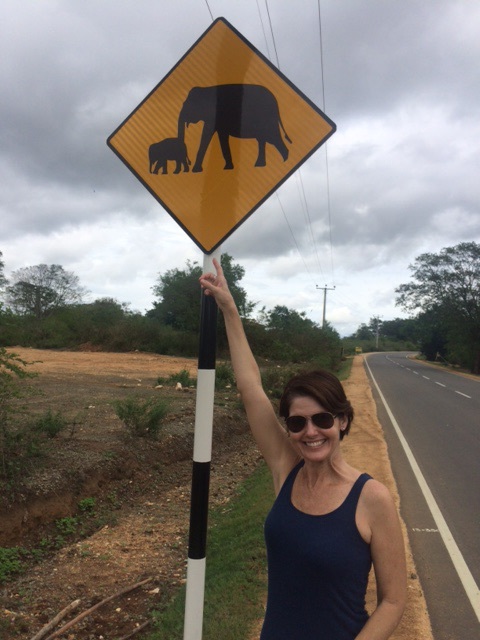 This is not a roadsign often seen by Americans.