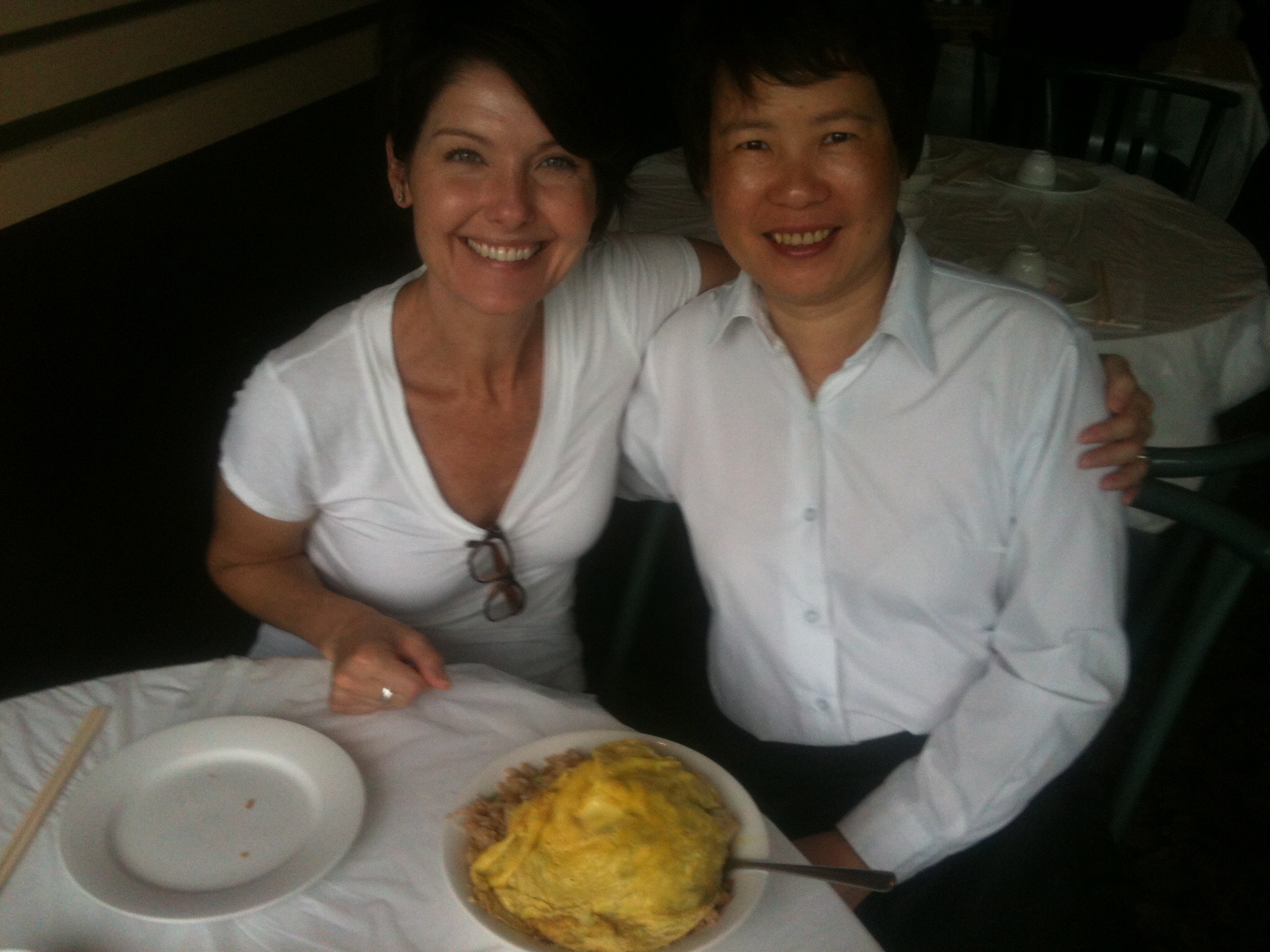 We decided to end our stay in Toronto with a traditional Canadian meal. So we took the subway down to Chinatown.

There were a thousand Chinese restaurants within a few blocks and we didn’t know one from another, so we came up with a brilliant plan — we stopped at the only non-Chinese restaurant in the neighborhood and asked the host to recommend his favorite Chinese dining spot. He pointed across the street to Best of China.

I was a bit leery because there’s a donut shop in the town in which we live that is called Best Donuts. One would think that after a lifetime in advertising I would have become innured to the power of suggestion, but, no, I’m just as big a sucker as anyone else. I drove by Best Donuts every day on my way to the gym and thought, “Damn, those donuts must be good if they’re willing to name the place Best Donuts.” Finally, Jamie was out of town one day and I found myself unable to resist the sweet, sweet siren call of Best Donuts. I stopped in and ordered one glazed twist and one white cake with chocolate icing.

I was drooling before I got them back out to my car. Oh, how I looked forward to biting into the smooth, velvety goodness of the best donuts EVER. I had beaten myself up pyschologically for so long by denying myself the pleasure of these gastronomic delights.

But, alas, I was disappointed. Sorely disappointed. Those donuts were not the best I’d ever tasted. Don’t get me wrong because I’m not saying they were bad. Hardly. They were average, maybe even better than average. BUT THEY WERE NOT THE BEST DONUTS.

But back to Toronto’s Chinatown where Jamie and I are standing on the street looking at the menu posted in the front window of the Best of China restaurant and all I can think of is Best Donuts and wonder if I will really experience the best Chinese food if I step inside or if I will again be disappointed.

Jamie finally said, “What the hell. Why not?” With that decisive statement, we walked in and a middle-aged Chinese woman waved her hand dismissively, indicating that we could sit anywhere we wanted in the nearly empty restaurant. We chose a table near the front window and I moved one chair so that we could sit side-by-side and watch the passing parade out the front window.

The same Chinese woman eventually brought us menus. She did not seem happy that I had moved the chair.

Jamie and I continued to pore over the menus and we had a couple questions before ordering.

We don’t speak Chinese, so we can’t swear that those were her exact words, but we suspect they’re pretty close.

When the waitress came back with our Crunchy Shrimp Spring Roll appetizer, she tossed it angrily onto the table, spit out the words, “Yummy, yummy!” and walked away.

A few minutes later when she returned with our Sweet and Sour Chicken and Supreme Fried Rice, I made a point of asking her name and making introductions and then asking if I could take a photo of her with the food.

Mae did a 180 fast enough to give herself whiplash, and became the sweetest little woman ever. A huge smile spread across her face and she sat down and posed with Jamie and our lunch. Then she insisted that I sit down with Jamie while she took photos of us.

The sweet and sour chicken was excellent. And it turns out that the sour waitress was pretty sweet, too.

The only problem was that Jamie and I must have taken each other’s fortune cookies by mistake.

Her fortune said, “Others appreciate your good sense of humor.” Mine said, “You tend to be contemplative and analytical by nature.”

In the end, I cannot honestly say that Best of China offered the best Chinese food I’ve ever tasted. But for reasons I can neither understand nor explain, I loved Best of China as much as I was disappointed in Best Donuts.