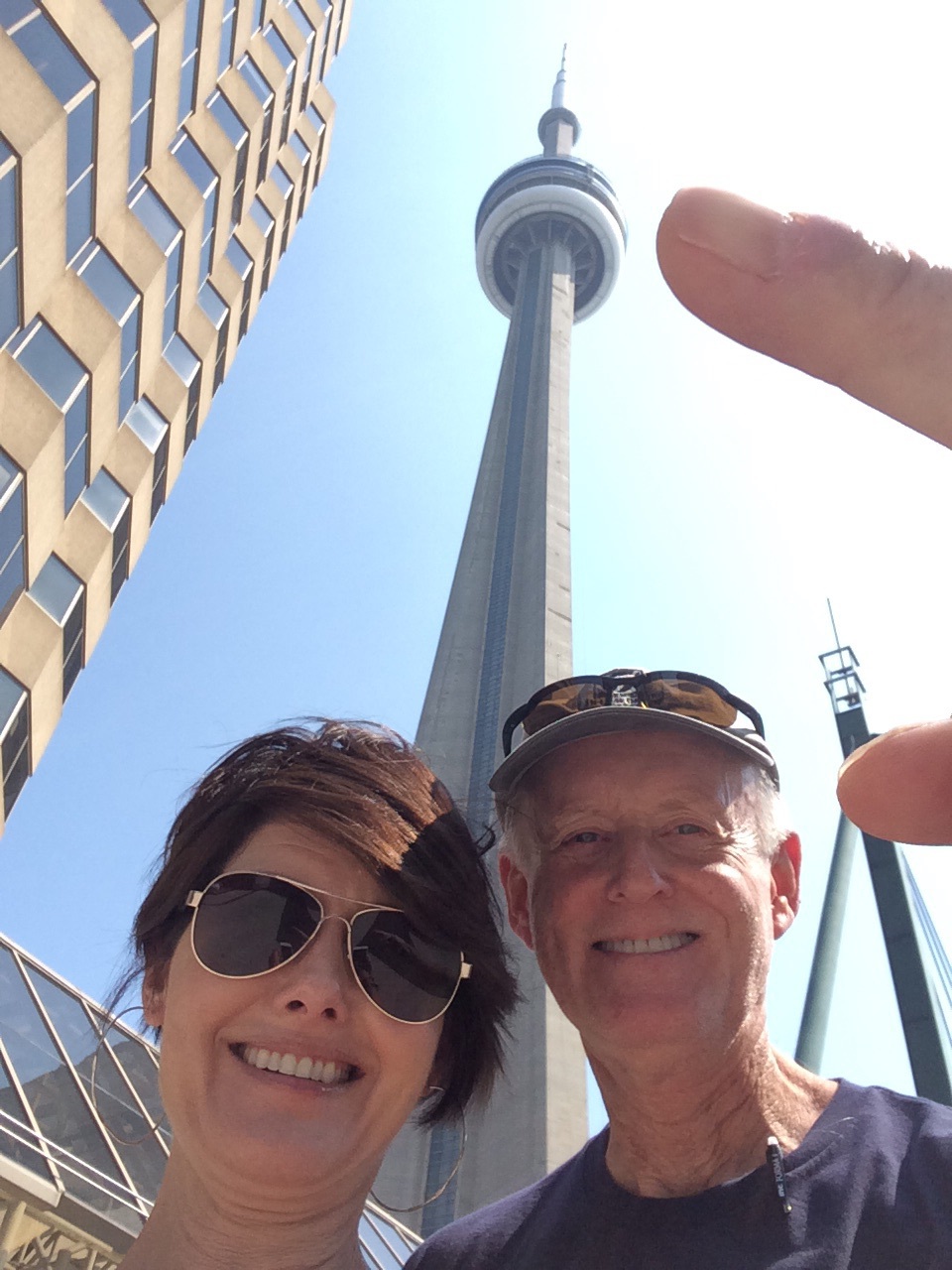 The CN Tower is, as far as we can tell, the pride of Canada. Oh, sure, the folks in Vancouver are proud of their little tower, but it’s a mere 553 feet high. Everyone else in Canada says, “Oh, if you’re in Toronto, you must go to the top of the CN Tower.”

That’s my right index finger pointing to the 1815 foot tall tower. And due to my irrational fear of heights, that’s the closest we’ll be getting to it.

Wikipedia says, “In 1995, the CN Tower was declared one of the modern Seven Wonders of the World by the American Society of Civil Engineers. It also belongs to the World Federation of Great Towers, where it holds second-place ranking.”

The CN Tower’s observation deck is so high that while standing on it, you can see all the way across Lake Ontario to Rochester, New York. I have been to Rochester, and you may take my word for it, it looks better from 100 miles away.

The floor of the observation deck is made of glass. Let me repeat that for those of you who, like me, are afraid of heights. 1122 feet above the street is an observation deck with a glass floor, where you can look straight down into the depths of hell. At least that’s what it would feel like to me.

Why didn’t I attempt to conquor my fear and go up to the Tower? Consider it the height of cowardice.