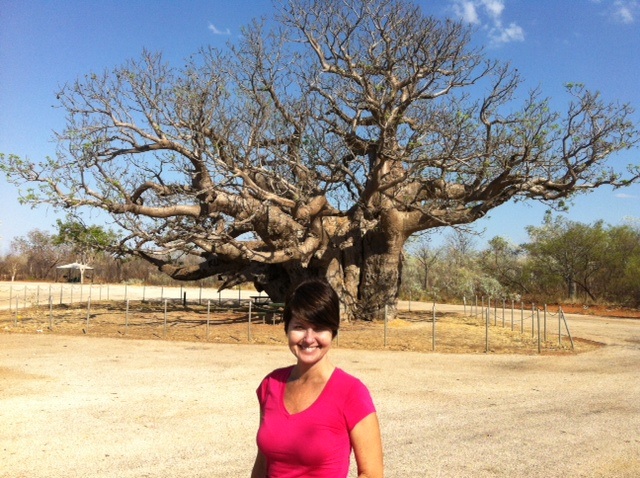 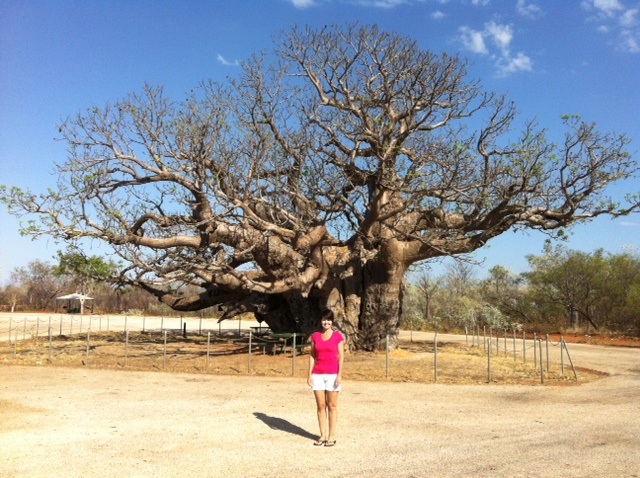 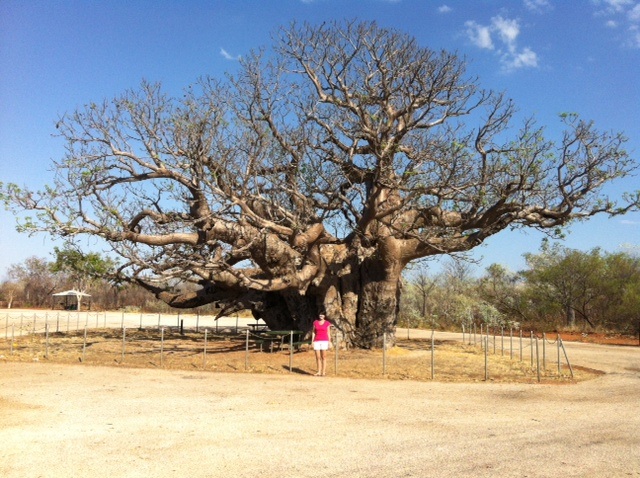 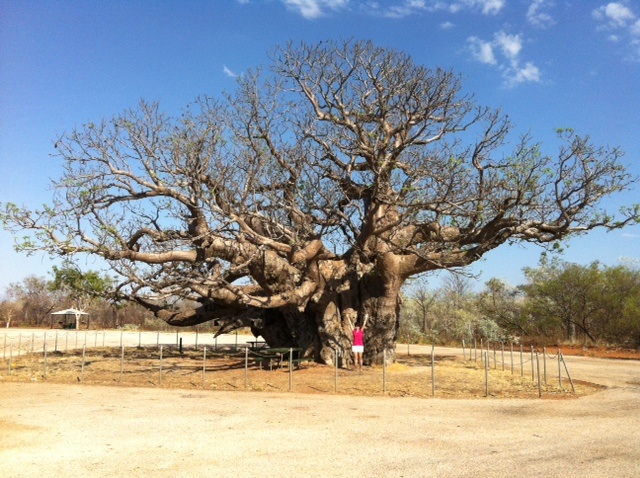 We had our longest drive of the trip today — eleven hours across a beautiful region called The Kimberley. We drove all the way from Broome, which sits on the Indian Ocean, to Kununurra, a town that sits very near Western Australia’s border with the Northern Territory.

The drive would have taken less time, but Jamie loves boab trees, so I had strict orders to pull the car over so she could take photos whenever she saw one that (a) was really big, (b) sat pretty much by itself, and (c) stood out on the horizon.

Obviously, boabs are very strange trees. As you can see, they can be huge. The trunk is shaped like a bottle, which is appropriate because they store all the water they can suck up during the rainy season and live on it during the dry season. They have leaves and large white flowers for half the year, but this is obviously not that half of the year.

When I say they store water, I’m not exaggerating. We once saw one that had a water tap stuck through its trunk about two feet off the ground. You could turn on the faucet and potable water would pour out.

I wonder if they have a boab in Moab.