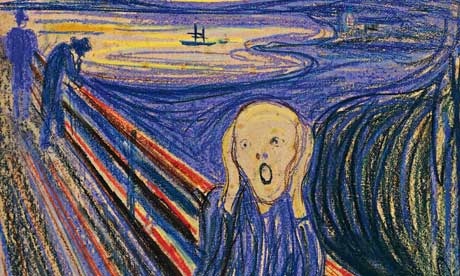 I was standing in line at the downtown post office yesterday — our last day in San Luis Obispo — when I received a frantic phone call from Jamie. She was hyperventilating, gasping for air so rapidly that I couldn’t understand what she was saying. She was finally able to blurt out that she had lost our passports.

Holy crap. We were scheduled to leave for our going away dinner just two hours later.

Displaying a Phil Jackson Zen-like calmness that’s completely foreign to me, I tried to calm her down so she could help figure out where the missing documents might be. Strange as it seems (even to me) I calmly finished my business at the post office, strolled down to the bank to make a last minute deposit, and then thought “Hmmm. We only visited two places this morning, so they must be at either the town’s other post office or the AT&T store.”

I quickly drove to the other post office, bypassed the people waiting in line, walked up to the counter and said, “Did someone leave a large gray wallet here this morning?”

Before the clerk could answer the first woman in line said, “Your wife just called. We’ve all been looking around, but it’s not here.”

“Thanks,” I hollered as I ran out the door.

The AT&T store was just around the corner so it only took a couple minutes to drive there. A young rep greeted me at the front door and asked how he could help.

“Did anyone leave a large gray wallet here this morning?”

Just as he disappeared around the corner the rep who had helped us earlier that day walked out from the back office. He saw me and said, “Hey, I have your wife’s wallet.” He pulled it out from under the counter with a big smile on his face.

But I’m sure it wasn’t nearly as big as the smile on Jamie’s face when I called to tell her the passports had been found.