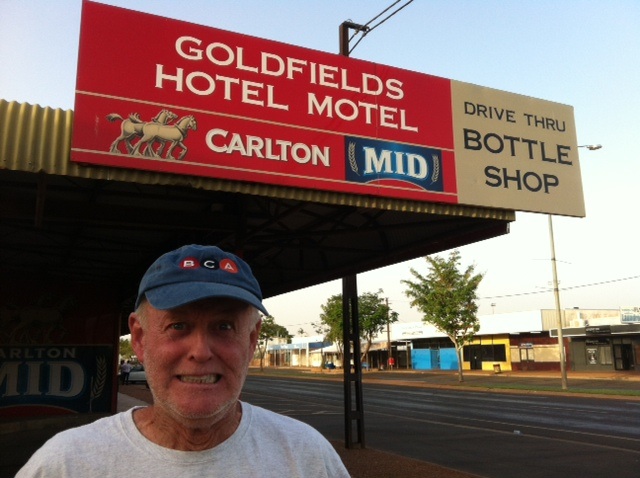 Please pardon the near novel length of this blog item. I swear that its disparate elements will eventually come together to make a point:

Many years ago Jamie and I took a trip to New Zealand. We had reservations at a hotel in the small town of Franz Josef on the west coast of the South Island. We drove all day to get there and didn’t arrive until after dark. We followed signage to the hotel which was, I must admit, pretty dark and uninviting.

Jamie didn’t like the looks of the place and said, “I don’t really want to stay here. Let’s see what else is available in town.”

Franz Josef is a very small town that exists only as a base of tourism for the massive Franz Josef Glacier. We drove from one end of the town to the other in about two minutes and didn’t see anything we liked better so she said, “Well, let’s go back and check out the first place. If it’s not good enough we can pick one of the other places.”

We walked into the lobby and got one of the great shocks of our lives. The place was old, it was huge, it was magnificent. It looked like the hotel in The Shining. I’m not exaggerating when I say it was one of the finest hotels I’ve ever seen. And it was virtually empty.

Turns out it was the last week of the season and they had few guests because they were preparing to close it up for the winter in a matter of days. The hotel manager said, “We’re going to give you the Duke of Edinburgh Suite. It’s called that because it’s the suite we gave the Duke when he stayed with us.”

They showed us to our suite. It seemed impressive, but as I said, it had been a very long day on the road so we went right to bed.

I crept quietly out of bed so Jamie could continue sleeping and made the phone call in the suite’s foyer. Then, since I was already up, thought I should look around our suite to see if there was anything interesting we had missed in our rush to get to bed the prior night.

Drapery covered one wall of the suite. I opened the drapes and saw one of the most incredible sights I’ve ever seen: The immense, stunning Franz Joseph Glacier looming right outside our window.

I quickly pulled the drapes aside, opened the bedroom door and excitedly said, “Jamie, wake up!”

She is, as you know, a sweet, wonderful woman, but the risk you take when you awaken her from a deep sleep is similar to the one you take when poking a grizzly bear with a sharp stick. She merely groaned, so at great personal risk, I repeated it.

One eye flickered opened. She closed it immediately and groaned, “You better have a good reason for waking me up this early.”

“Roll over to my side of the bed,” I said excitedly. “Look out the door.”

She rolled over, complaining as she did it. She opened that one eye again and then both eyes immediately snapped open. She shot up in bed and with all the eloquence she could muster at that early hour said, “Fuck!”

I took it as an affirmation that she thought the view outside our window was just as incredible as I thought it was. In reality, everything was incredible — the view, the suite, the hotel, the town, the glacier, everything.

We have always used that experience in Franz Josef as an object lesson. We try not to pre-judge situations and people and often remind ourselves of the night we were so pleasantly surprised in Franz Josef, New Zealand.

I tell you this long, convoluted story to set up our stay in Tennant Creek, Northern Territory, Australia.

Tennant Creek is so ugly that we’d prefer being almost anywhere else. Even Port Hedland and you know how much we hated that town. Tennant Creek is a dusty, dirty little outback burg with no redeeming qualities, including our hotel. Especially our hotel.

In my defense our hotel got the top score among Tennant Creek hotels on TripAdvisor. But that’s kind of like saying your sister was the best-looking contestant in an ugly woman pageant.

Jamie is always quick to tell me that I’m unobservant. Somehow I didn’t notice a very important line in our reservation confirmation, a line that should have given me a clue about what we were getting into. It read, “Check in at the Sportsman’s bar which is entered from the main street.”

Again like Franz Joseph, it took us about two minutes to drive from one end of the town to the other and nothing else looked any better, so we returned to the hotel where we had reservations.

As instructed, we we walked into the pub which was filled with what appeared to us to be drunks, degenerates and desperados. They may have actually been fine, upstanding citizens, pillars of the community, but we were in no mood to find out.

I walked up to the bartender and said, “Where’s the hotel?”

“Where?” I asked, because as far as I could tell I was still standing in the middle of a pub rather than the lobby of a city’s top-rated hotel.

“This is reception. I can give you a key.”

This is odd, I thought, but I am, after all, in Tennant Creek, Northern Territory, so nothing should surprise me.

She handed us a key and we walked out to our room. When we opened the door, Jamie immediately wrinkled up her face and said, “Yuck. It smells like your underwear that night in Beijing.” (Note: That is an incident I would still prefer to ignore.)

She seemed to buy that story, but after a short pause I could not resist saying, “The real question is, what are they disinfecting?”

UPDATE: Jamie later said, “In all fairness, the room isn’t that bad. It’s been freshly-painted, there’s new bedding, new crown molding, and a new flat-screen television.” Then she paused before saying, “Just don’t go outside.” In other words, the hotel really wasn’t bad, but Tennant Creek sucked.