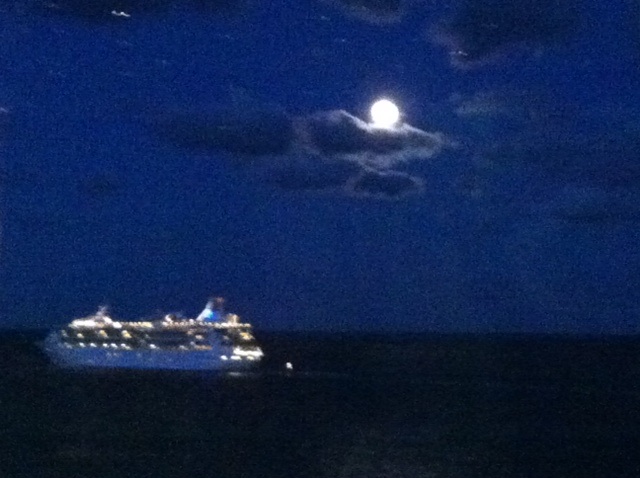 Let’s be kind and simply say that our cruise ship doesn’t qualify for the Holland America fleet. And hasn’t for about 15 years. Seeing it in the distance like this would have been the best way to see it.

Yeah, I made the reservation, so I have to take the fall for this one. But in my defense, Jamie and I both failed to do our homework on Helsinki. Instead of thinking of it as an actual destination that downtrodden residents of the former Communist bloc might want to visit, we just thought of it as a stopover on the way to St. Petersburg, Russia.

For some reason, I thought our ship was going to be a ferry with kind of basic accommodations. I had fantasies of plying the seas on a tramp steamer. It never occurred to me that there were cruise ships (of a sort) sailing between Stockholm and Helsinki. It never occurred to me that if there were, ours would be kind of old and tacky and have an odd but indistinguishable smell.

Our cabin was about the size of Nelson Mandela’s jail cell, but not as nice. Jamie called our ocean liner “the Motel 6 of cruise ships”. While she was on a roll, she added, “And that was the worst $90 dinner I’ve ever had.”