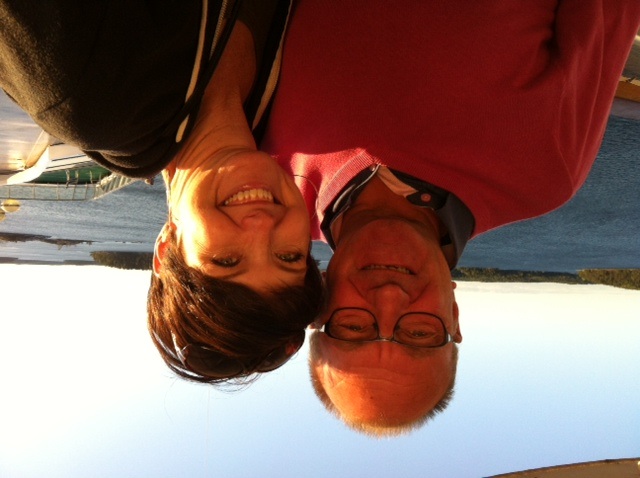 We made new friends on the cruise between Stockholm, Sweden and Helsinki, Finland. And almost lost them.

This is Teppo, our new Finnish friend. We rode down the elevator with him, his wife Kristina, his friend Ismo and Ismo’s wife Kulika. A bit later Jamie and I were out on the sundeck trying to take a selfie when Teppo came out and volunteered to take a photo of us.

Jamie handed him her camera, Teppo took it, immediately handed it to me, squeezed between us, and said, “Here. Take a picture of us.”

Some time later Jamie and I were sitting on the observation deck as the ship sailed down the beautiful fjord that leads from Stockholm to the Baltic Sea. Teppo and his entourage came into the room and he brought them over to make introductions.

Finally, Kristina said, “The way you pronounce it is a very bad word in Finnish.” They all nodded in agreement.

“Really?” I said. “What does it mean the way I pronounced it?”

They all hesitated to answer. Teppo finally solved the impasse by patting his penis.

So rest assured, I am doing my part for international relations by calling one of our new Finnish friends a prick.