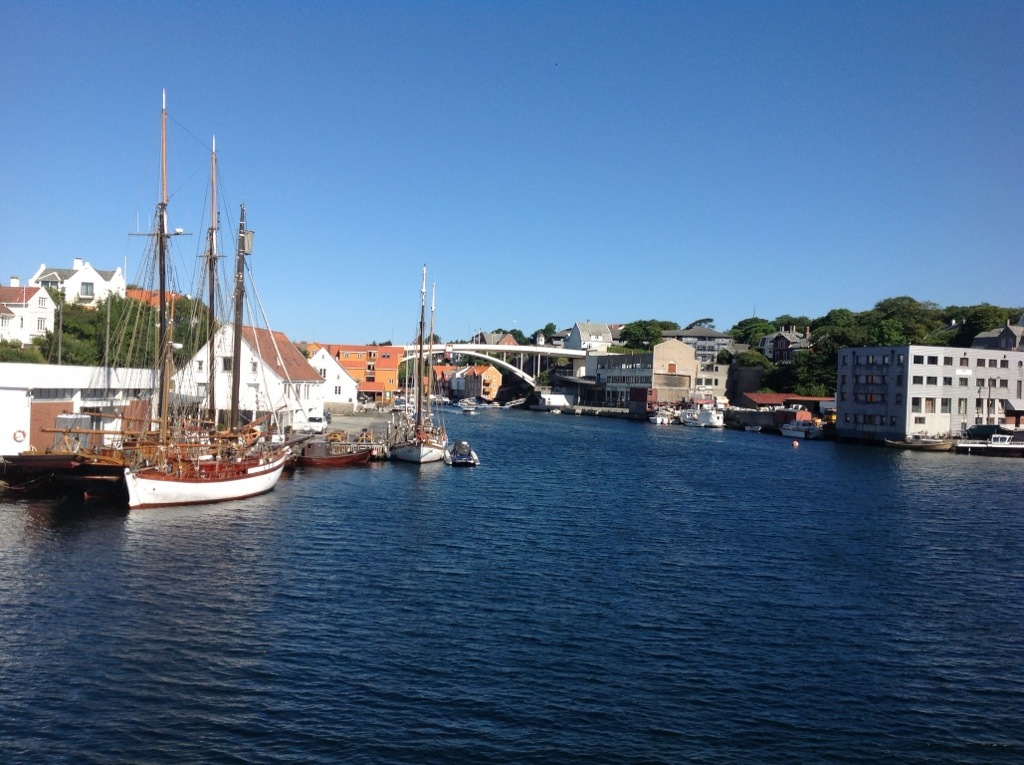 It’s not easy to get from Bergen to Stavanger. Google says it’s only 129 miles, but also says the trip takes 4 hours and 5 minutes by car. I can only assume the road twists and turns enough to make a strong man car sick.

Instead of driving, we took the Speed Ferry. It’s a sleek-looking boat whose appearance befits its name. It’s big, probably seating a couple hundred people. One would expect speed from something with this aerodynamic design, yet it somehow manages to cover the same 129 miles from Bergen to Stavanger in 4 hours and 30 minutes. If math is not your strong suit, that’s 25 minutes more than it takes to drive the same distance by car.

Deceptive name aside, the trip is spectacular. We cruised through a stunning series of inlets and islands and fiords. We made quick stops in half a dozen seaside towns we’d never heard of, but would like to visit now that we’ve seen them.

The photo above is a town named Haugesund. Just another unknown but unbelievably beautiful stop along the route of the Speed Ferry.