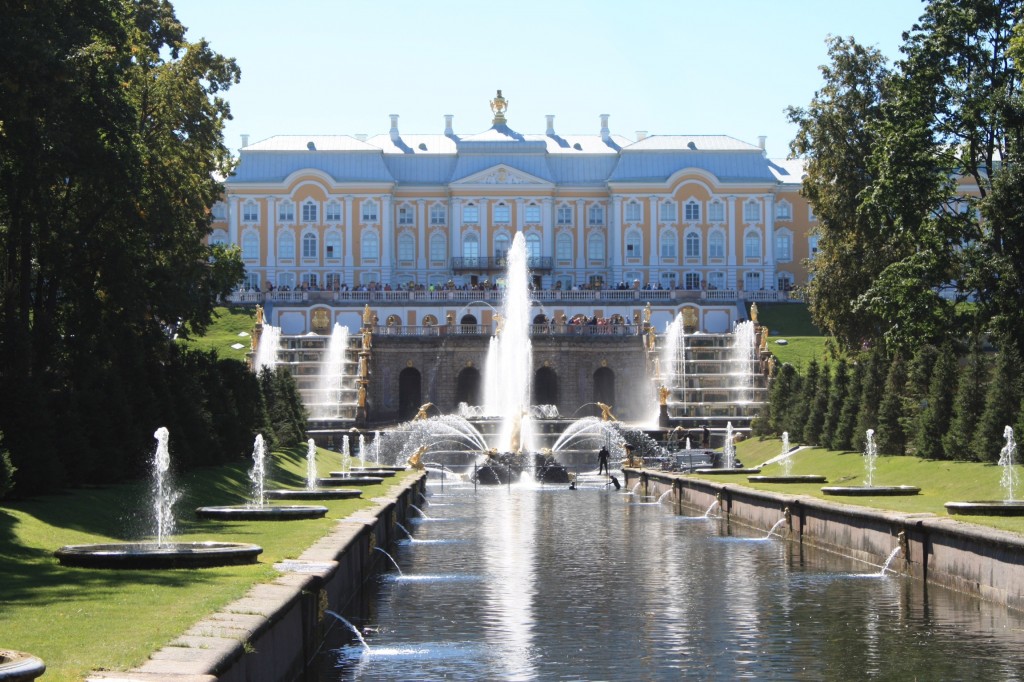 From what I can tell, Russian rulers changed their residences about as often as most people change their underwear. More often than some folks, I suspect.

For example, this is Peterhof, Peter the Great’s Summer Palace. Well, to be accurate, this is a small portion of the Summer Palace. It’s just too large to fit into one photo. If we had taken the photo from the far end of the reflecting pool instead of near the end of it, the Summer Palace would be a tiny spot in the distance.

The Summer Palace is a 45-minute hydrofoil cruise away from the heart of downtown St Petersburg. Oddly enough, it’s also 45 minutes away from the remarkably ornate park that was Peter’s Summer Garden.

If the commute from his summer house to his summer garden takes 45 minutes aboard a modern, high speed hydrofoil, one can only wonder how long it took several centuries ago.