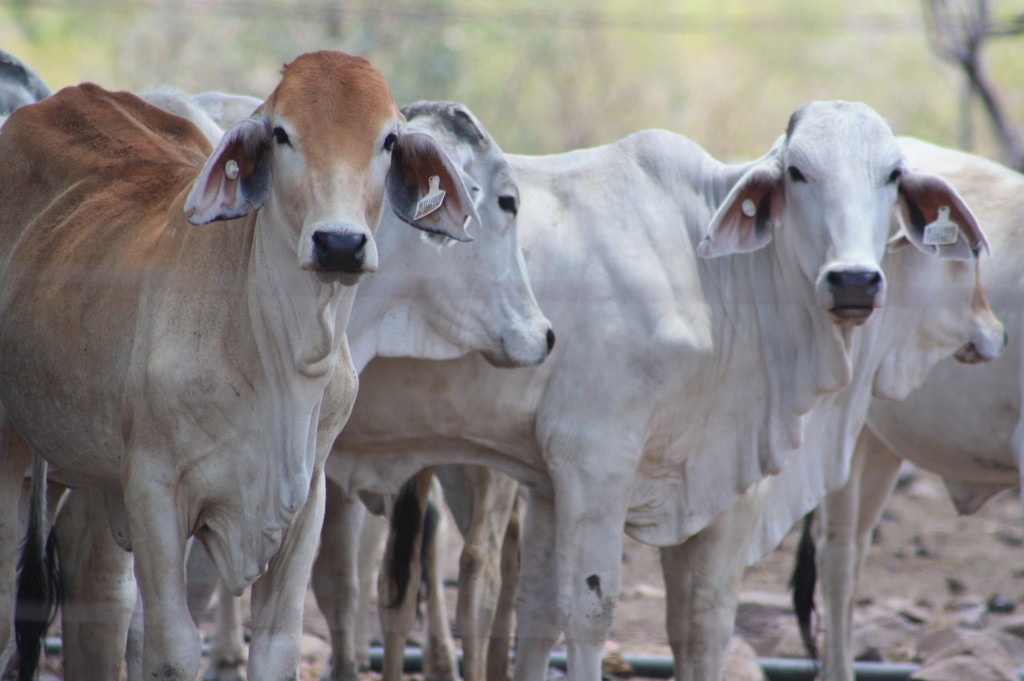 Hopping marsupials and giant lizards aren’t the only animals you see in the outback. Cattle are everywhere.

They stand right alongside the road, munching on grass and completely ignoring traffic whizzing by at 70 miles or more per hour.

Five years ago, on our first drive through the Kimberley, Jamie was convinced that we would surely meet an untimely demise if an unobservant bull strayed into the road in front of us. I kept reminding her that she had nothing to worry about because I grew up on a farm and knew everything about cattle (despite the fact that I left the farm 40 years ago and really know nothing about cattle).

There are no fences to keep them off the road, so you do occasionally see dead ones lying next to the road. Yes, it looks horrible, but the cars that hit them must look even worse.

We have a American friend whose father owns a million acre cattle station in the Northern Territory. She told me that when he bought the station the seller warrantied that there were 7,000 cattle scattered across it. Her father organized a round-up after the close of escrow and, much to his surprise, discovered that he had 14,000 cattle. The extra 7,000 paid for the entire station.

There are also no fences separating these huge million acre stations, so I would imagine that the cattle occasionally wander from one to another. Maybe that’s how our friend’s father ended up with an extra 7,000 head.