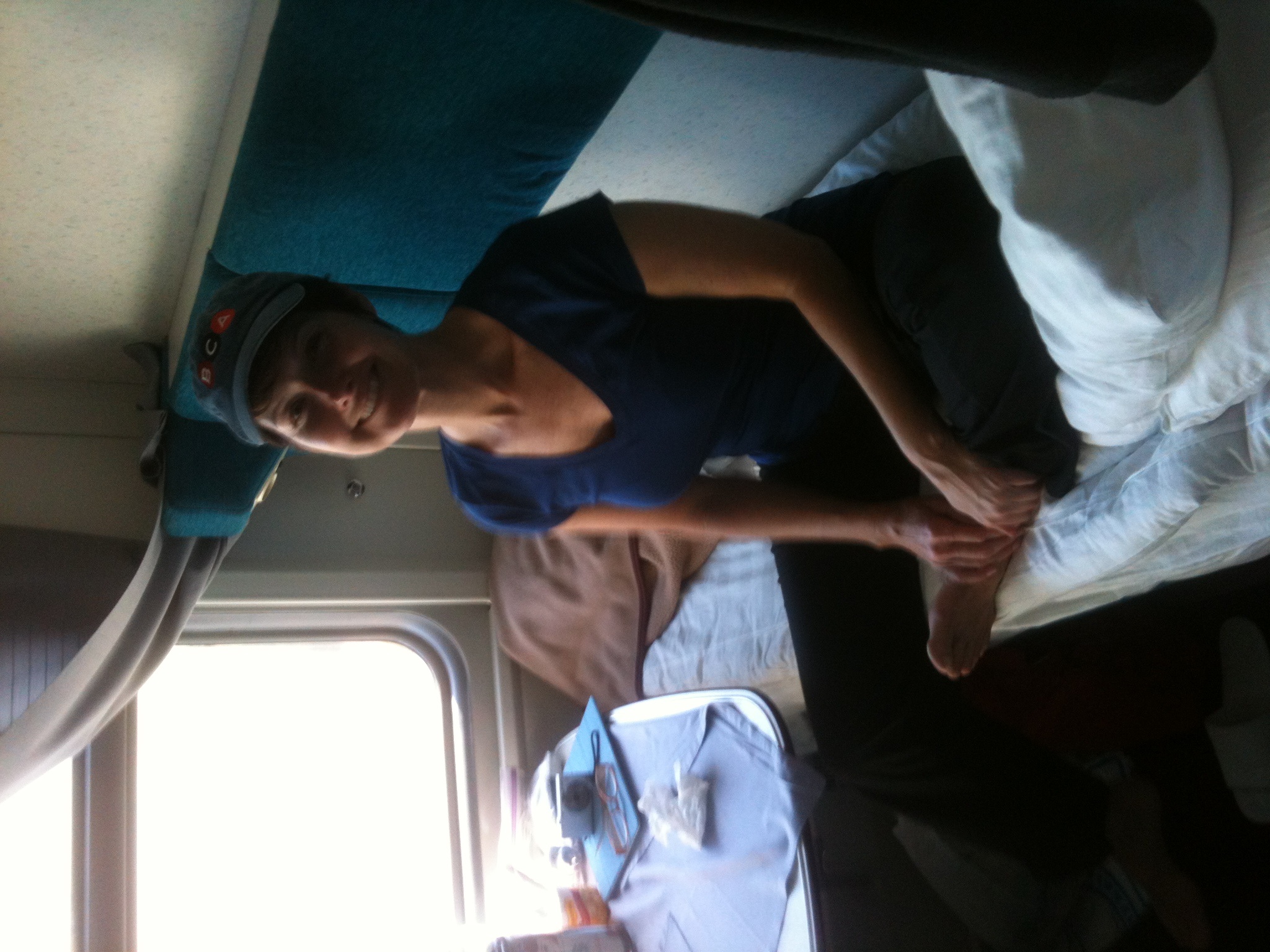 Remember the I Love Lucy episodes where Lucy and Ricky and Fred and Ethyl went west on the train and each couple had their own luxurious first class compartment?

I was very specific when making our reservations: We wanted a first class cabin for two. You see, they offer first class cabins for two, but also for four. Jamie was very afraid that we’d somehow end up sharing a cabin for four with Boris and Igor, two fat, drunken Russians reeking of vodka, sweat and cabbage farts.

We had seen photos of first class cabins for two online and they looked remarkably luxurious. We were ready to be treated like kings. Or a king and a queen, as the case may be.

First the good news: Boris and Igor are out of luck because our first class compartment really is for two. It would fit one far more comfortably than two, but we can’t complain. Two padded benches, one on each side of the compartment, fold upside down into beds, each one exactly two feet wide and seven feet long. The beds are like boards with very thin mattresses on top. No, that’s not quite accurate. The beds are boards. Particle boards, to be exact. Our suitcases fit snugly under the beds and our backpacks and sweaters hang from hooks on each side of the door. There’s a full length mirror on the inside of the door and a fold-down table between the beds. There’s also a television above the door, but it doesn’t even appear to work. It may be one of those phony TVs they put in model homes.

On the other hand, we have two attendants — Rostram, who is apparently the boss, and his anonymous, surly Russian chick subordinate — who take care of our car. They clean the bathroom several times a day, vacuum out our compartment, make sure we get back on the train at all the stops, and try to sell us souvenirs. I’d buy some if I had any money.

This ain’t the Marriott Grand in Moscow, but it’s cozy. And for god’s sake, it’s an adventure, damn it, a once in a lifetime adventure.

Jamie’s being a real trooper.