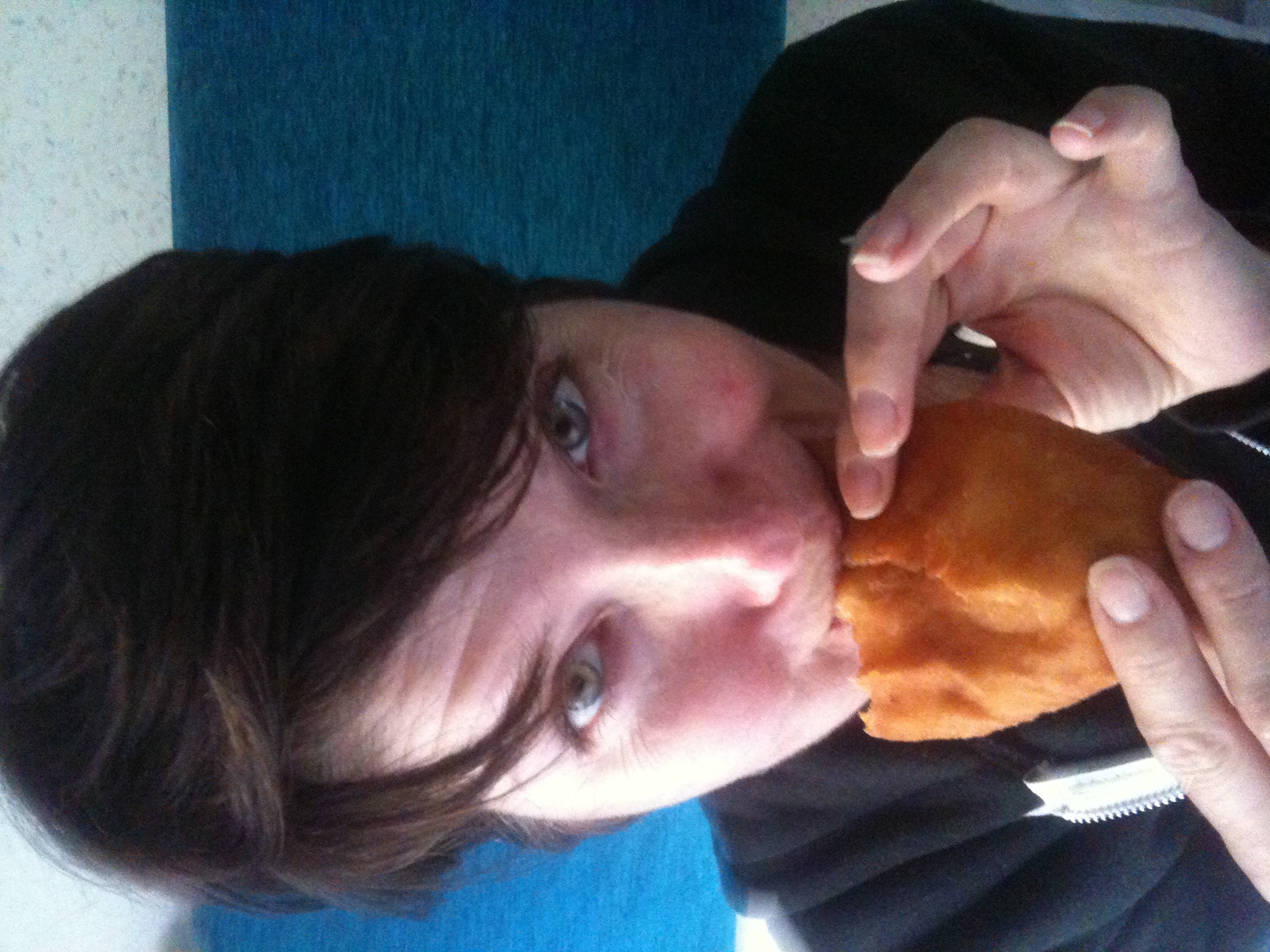 The train stops four or five or six times every day. Some of the stops are in tiny, horrid villages and some are in relatively modern, major cities. No matter where it stops, people are on the platforms selling food from card tables or carts.

We’re buying food at each stop. Freeze-dried noodles, freeze-dried mashed potatoes, yogurt, a lot of things we’ve never seen before, and two of the items Jamie is eating in the photo above.

She was making absolutely no progress in her conversation with the shop owner because she was speaking English exclusively and he was speaking Russian exclusively. Jamie seems to believe that if she repeats something often enough in English the language will miraculously become intelligible to people who have never before comprehended it.

A nice young guy in line behind Jamie overheard the two one-way conversations and began translating. I think he was eager to help because he was next in line and if Jamie’s sale didn’t get consummated quickly, he wouldn’t have time to make his purchase before the train left.

As we were walking away she proudly announced, “I bought us some donuts.”

“Are you aware that those are potatoes, not donuts?”

She gave me a completely baffled look and I recounted the conversation she never heard.

She now refers to them as her potato donuts.

I have to admit that they taste much better than one would expect of potato donuts.