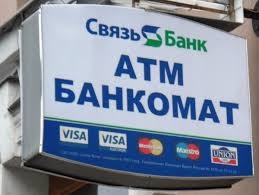 I’m pretty sure we have enough money to feed ourselves all the way to Beijing, but I’m a little paranoid about it. So I get off at every stop in an attempt to find an ATM.

After looking at the train schedule I realized that we were going to stop at the largest city between Moscow and Beijing at 3:00 a.m. It was a long stop, 20 minutes or thereabouts, so I determined that I should get out and scour the station for an ATM.

When the train pulled into the station I jumped up, pulled on my pants and threw on my shoes. Jamie jerked awake and mumbled, “Where are you going?” When I told her she said, “I’m going with you.”

There’s no arguing with this woman when she’s halfway awake, so I said OK.

But when we got to the end of the aisle she said, “I’m really dizzy. I think I’ll go back to bed.”

Fine, I thought. I don’t need her screaming in my ear that we’re out of time and we’re going to miss the train 30 seconds after we get off the train.

She headed back to the compartment and I took off in the other direction, running like a maniac up and down stairs and into the main station in search of an ATM that could solve our problem. I found one and it actually had an English-language option. This, I thought, is our lucky day (or night).

I slipped in my card, pushed all the right buttons and expected money to come pouring out, but instead got a message that said, “Transaction cancelled.” I tried it again. Same result.

Crap. Even I knew I was running out of time at this point, so I ran back to the train covered in sweat and remembering with great regret that it had no showers, and slipped into our compartment where I found Jamie on the floor gasping for air as if she’d lost our passports again.

She said she had passed out just as I ran off the train and had crawled down the aisle to our compartment. She was drenched in even more sweat than I was. I got her sweaty clothes off of her, got her some water and put her back into bed.

All I could think was, what the hell do we do if this turns out to be a medical emergency and we have no money out here in the middle of Siberia? Luckily, she slept through the night and felt absolutely fine this morning except for a scrape on her knee from falling in the aisle.

Whew. That was a close one.

UPDATE: I think I’ve figured out the problem with my ATM card. The maximum withdrawal at the Marriott Grand’s ATM machine was 3000 rubles. I made the maximum withdrawal twice, one right after the other in rapid order. I’m not sure if I notified Wells Fargo that we were going to be out of the country, so my theory is that they saw two maximum withdrawals within two minutes in Russia and some computer screamed, “Fraud alert! Fraud alert!” If that’s the case, I won’t be able to fix this until we get to Beijing.