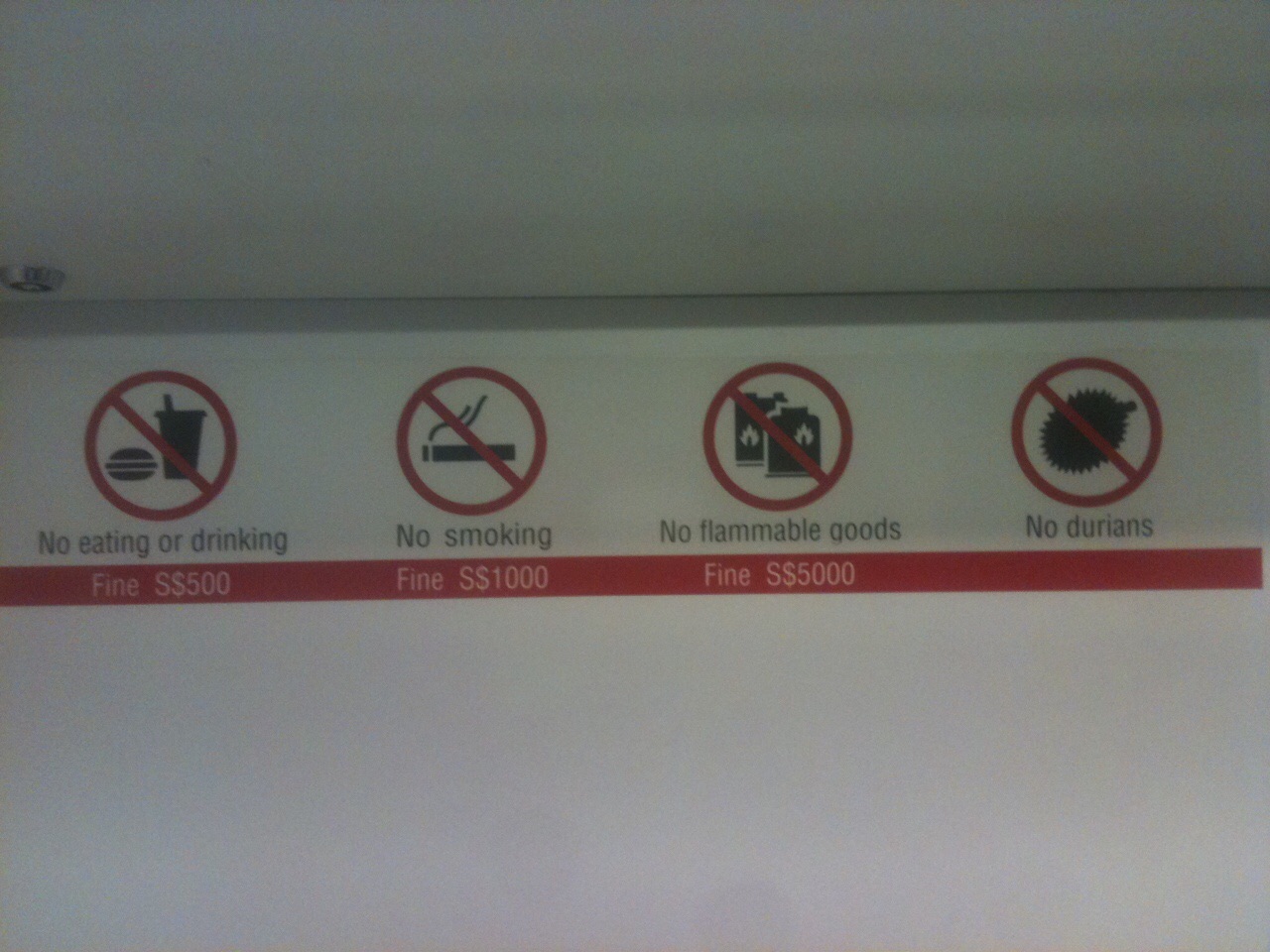 I didn’t make up the “Disneyland with a death penalty” line. It’s a direct quote from a local resident.

Check out the crazy high fines imposed for things Americans wouldn’t think twice about doing on a subway: $500 for eating or drinking, $1000 for smoking, and $5000 for having flammable goods. (I know that last item on the sign looks like it prohibits hand grenades, but it actually bans a kind of local fruit.)

Fact is, there is virtually no crime in Singapore. Want to know why? Because there are only four punishments meted out here: Steep fines, long prison terms, caning, or the death penalty. At least that’s what one local resident told me.

Remember Michael Fay? He was the 17-year old American kid who was found guilty of vandalism and theft in Singapore ten or so years ago. Soft-hearted Americans complained that he shouldn’t be caned, but the Singapore government basically said, “Our country, our rules” and caned the living bejesus out of the kid.

Jamie and I have always abided by that theory when we travel. Last thing I wanted to do was end up in a Russian gulag or Chinese labor camp or on the sharp end of a cane in Singapore.

Or even worse, paying $500 for eating a Snickers on the subway. You know what a cheapskate I am.