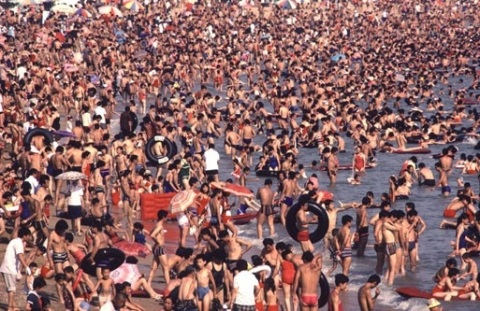 Makes sense, I guess. It would be tough for a country to have a total population of 1.3 billion people without a long list of large cities. The thing is, I’ve never heard of most of them. Cities like Guangzhou, Shantou, Shenzhen, Dongguan, and Wuhan to name just a few. Wouldn’t you think you’d have heard of every city in the world that’s home more than five million souls?

Our tour guide to the Great Wall mentioned that Shanghai is the largest city in China, but added that Beijing is only number three. What the hell is number two? I had to look it up. It’s Chongqing, another city I’d never heard of, which lies somewhere in the middle of the country and is home to 28,846,170 lucky devils.