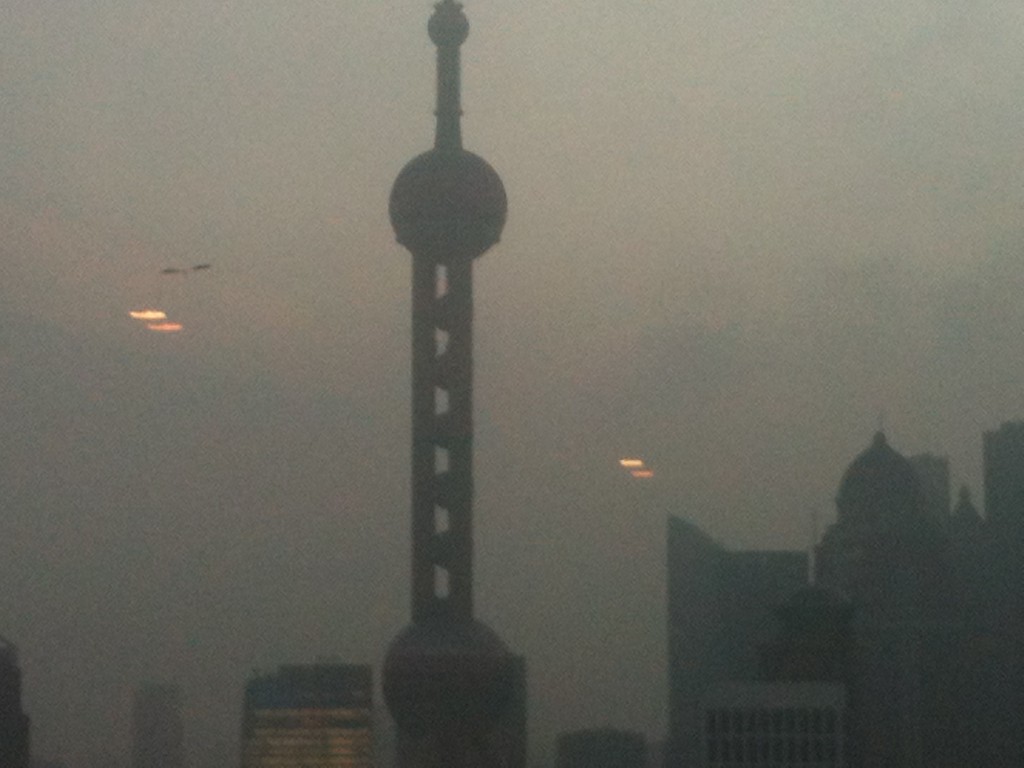 We had to get up early to catch our flight to Hong Kong. Our room faced east and we decided to leave the drapes open all night so the morning light could flood into the room and wake us up.

I was shaving when Jamie called for me to come to the window. She was looking out and said, “What are those things hovering outside our window?”

Whatever they were, there were six of them, they had red and blue lights on their undersides, and they seemed to be hanging in the air outside our 20th floor window.

Holy crap. I was already paranoid enough about blogging in Communist China, being unable to access Google and having Ray’s photo of Tiananmen Square censored. Now it looked like Chinese drones were watching from right outside our window. It was strange.

When we checked out of the hotel I asked the front desk clerk if he had any idea what we might have seen. At first he said he didn’t know. Then he said, “Ahhhh, sometimes the elders fly their kites early in the morning because the wind is good.”

“But they have lights,” I said.

“How else could they see them in the dark,” he replied.

NOTE: Two of the “kites” can be seen in the upper left side of the photo just above the yellow reflection in our window.