Rottnest Island lies in the Indian Ocean, a mere eleven miles from Perth, a metropolis with 2.2 million people. But it feels like the city is a million miles away.

Rotto, as the Aussies call it, has a permanent population of only 100 or so, but gets nearly half a million visitors every year. We got lucky and came over on a Sunday afternoon. It seemed relatively busy during the day, but felt like a ghost town after the evening’s last boat left for Perth. It’s Monday morning now and it feels like we have the whole island to ourselves.

If my count is correct (and it probably isn’t) there are 21 bays on Rottnest. You find more boats than people on most of them. 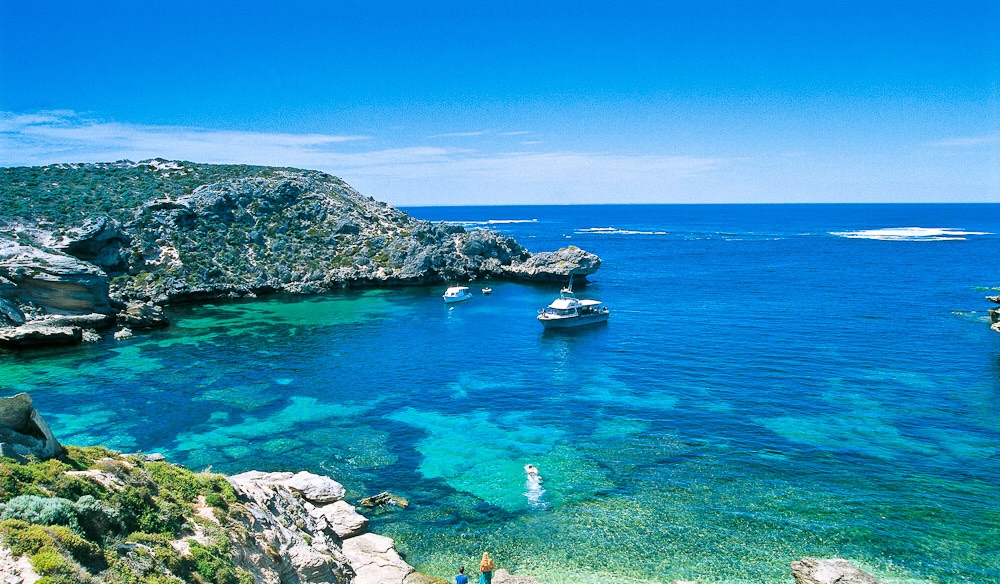 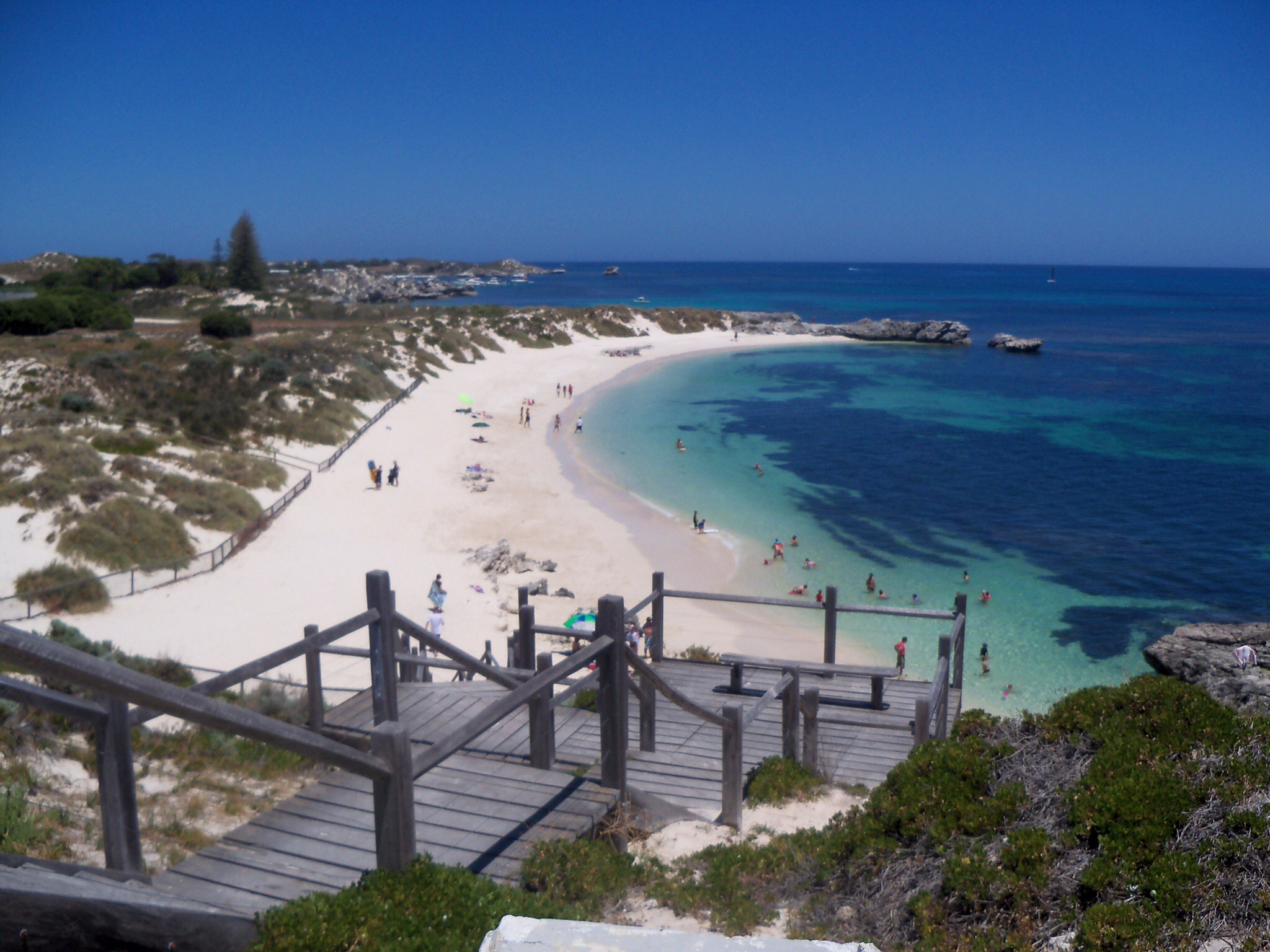 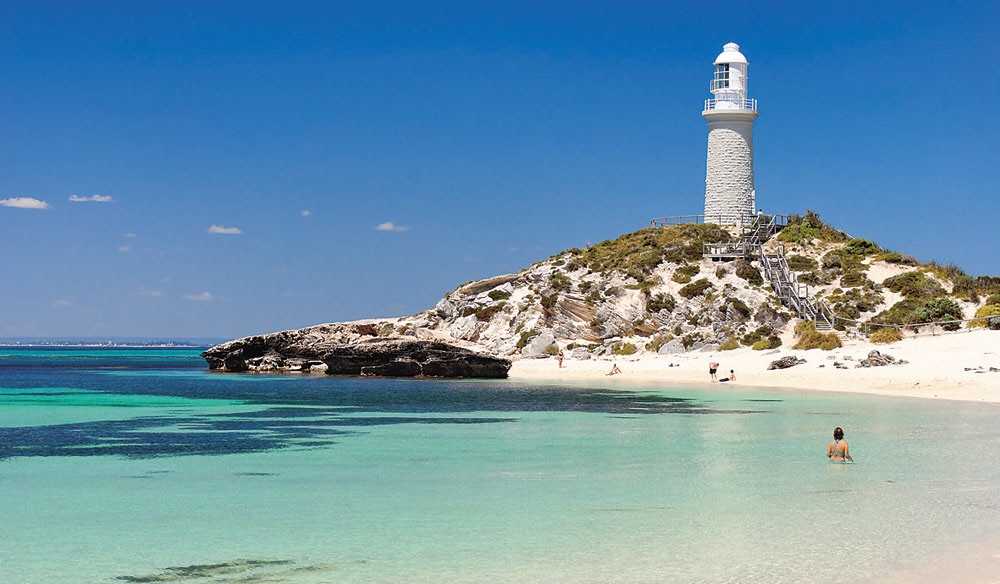 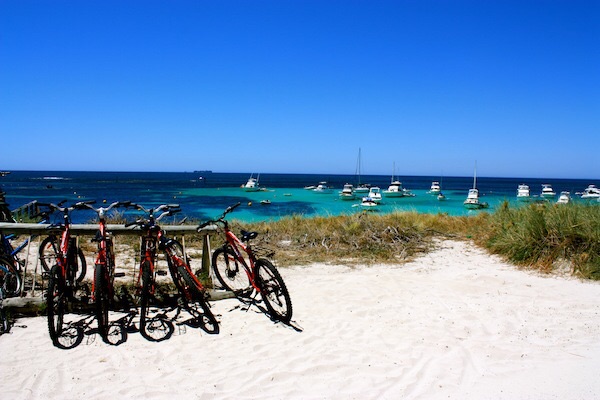 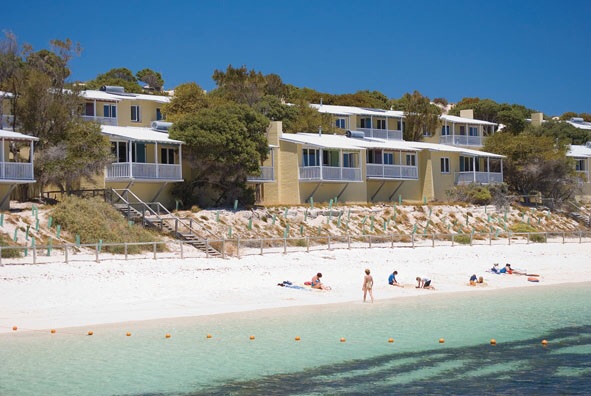 In California these beach houses would be multi-million dollar condos. Here on Rottnest they are merely affordably-priced visitor accommodations. 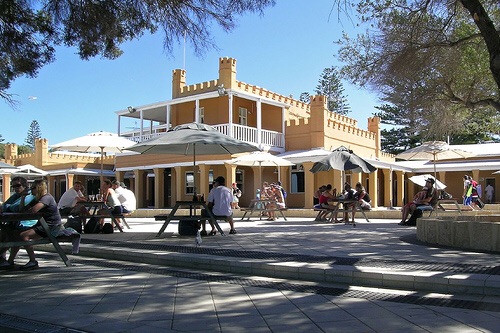 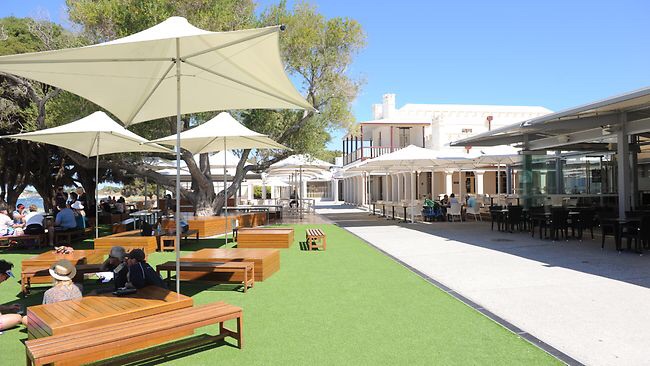 This is the Rottnest Hotel, where we stayed. It was built sometime in the 1850s, originally as a summer home for the Governor of Western Australia.