All Aussies are friendly, but we’re pretty much convinced that Robians (Robites?) are the friendliest Aussies of them all. Here are some of the folks we met during our six days in Robe. 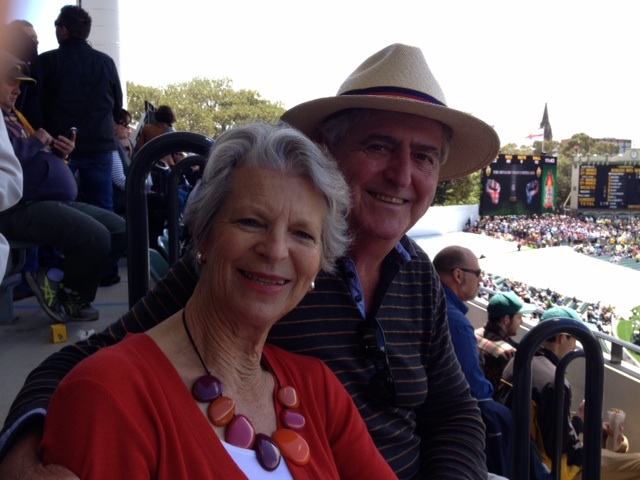 Meet Robbie and Ali Douglas. Jamie was taking a photo of the Robe bowling green (she loves lawn bowling) when Ali accidentally zigzagged in and out of her shot. He struck up a conversation, but we parted ways after speaking for a few minutes. We found out later that he immediately called his wife Robbie and said, “I’ve just met some interesting people. I think we should invite them over for a drink.” She approved so he tracked us down in a nearby museum.

I forgot to take a photo of them, so I asked Robbie to send us a selfie. She took this one at the second game in the Australia-England Ashes Test Match series (in case you don’t remember, that’s cricket) in Adelaide’s beautiful new oval. They’re lucky enough to be there for the game. Wish we were with them. 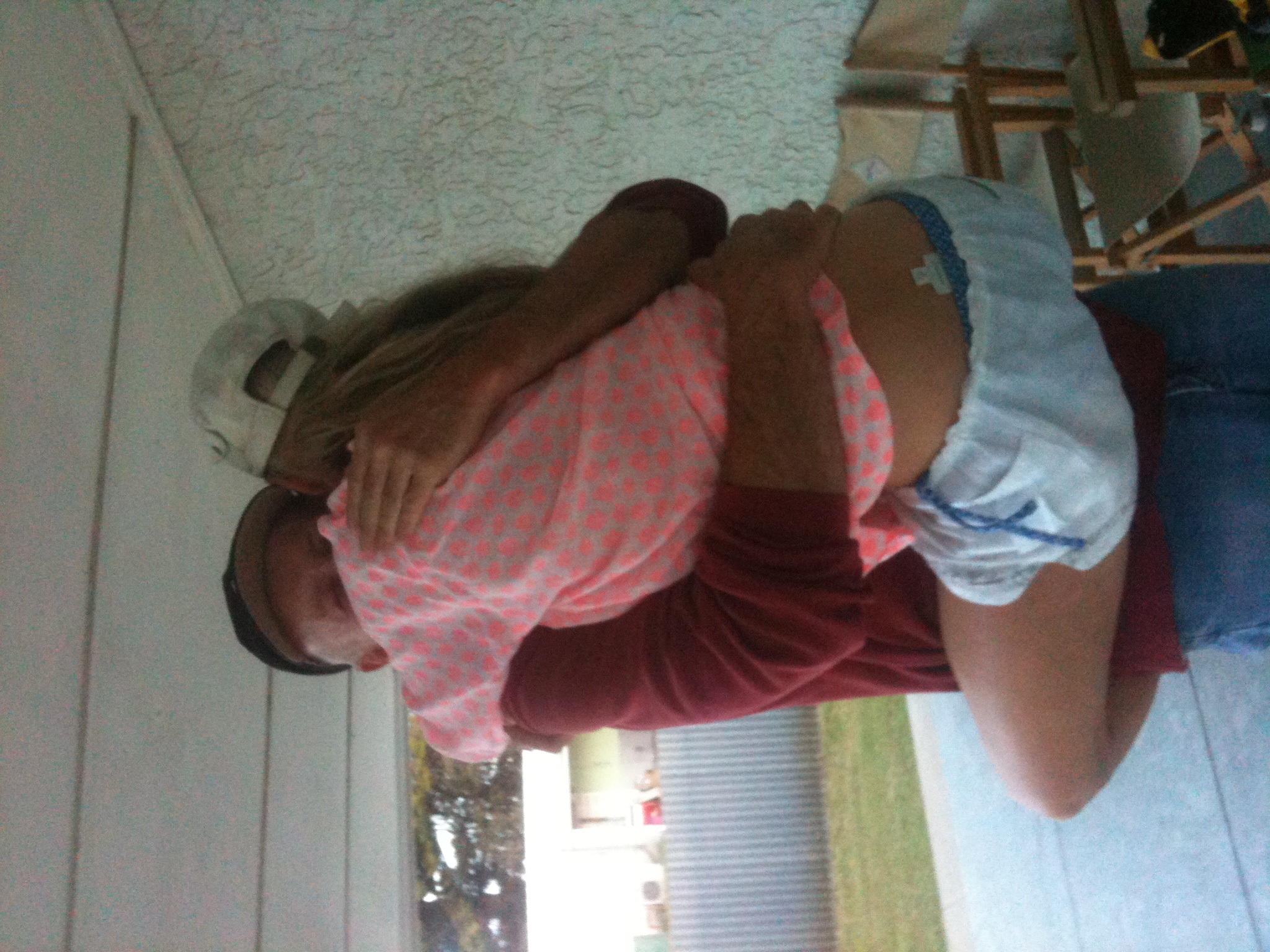 I’m not quite sure how to explain this photo. Jamie and I were walking down the street and saw an attractive young woman playing in her front yard with her three young sons. She walked over and introduced herself and then invited us in to see the beach house that has been in her family for five generations.

I honestly can’t remember what prompted Mardi to leap up and wrap her legs around me. But she was quite willing to do it a second time so that Jamie could get a photo. Luckily, Nick was not as warm and friendly as Mardi and never jumped up to wrap his legs around me. 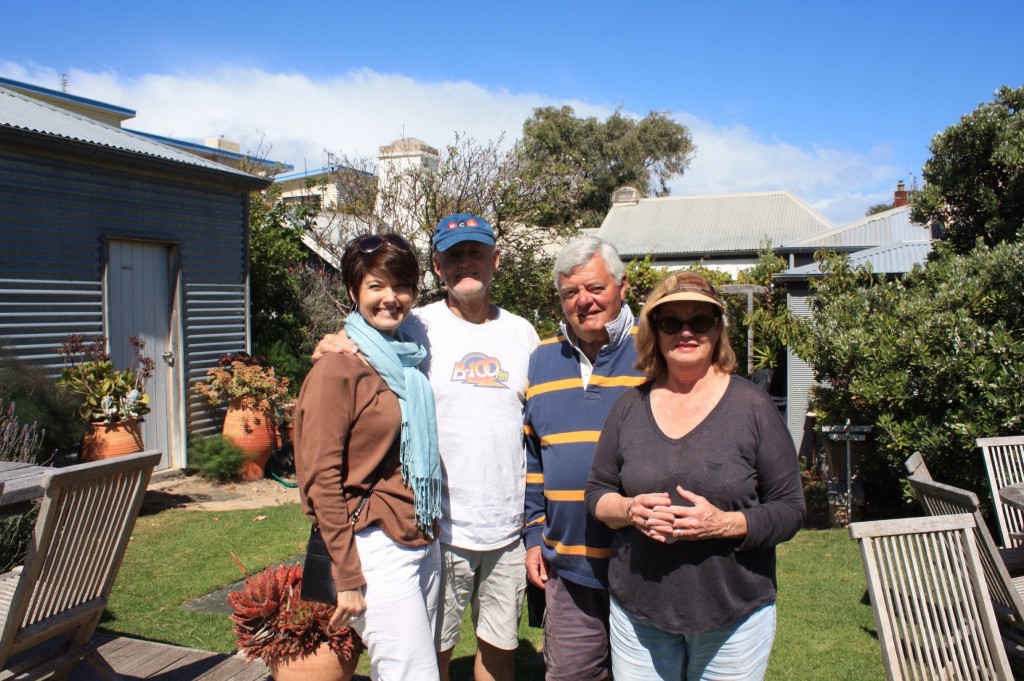 Francie and Jamie Aitken owned the 1850s cottage in which we stayed in Robe. Jamie, believe it or not, used to be an ad guy. I may have had a moderately successful career in advertising, but Jamie had a huge career. He was Chairman of the Board of the Australia/New Zealand division of one of the world’s biggest, oldest, most famous ad agencies. We spent hours telling war stories and laughing our asses off about what a crazy, wonderful, horrible business it is. He also took us out on his boat to show us the beauties of Robe from the sea. Thanks, Jamie. Thanks, Francie.