We wish we had taken more photos of Reykjavik (pronounced wreck-a-vick), but we were so busy running around from morning ’til night, and so exhausted when we were done, that we had no time for photography. Besides, these photos I pulled off the internet are far better than anything we could ever take. 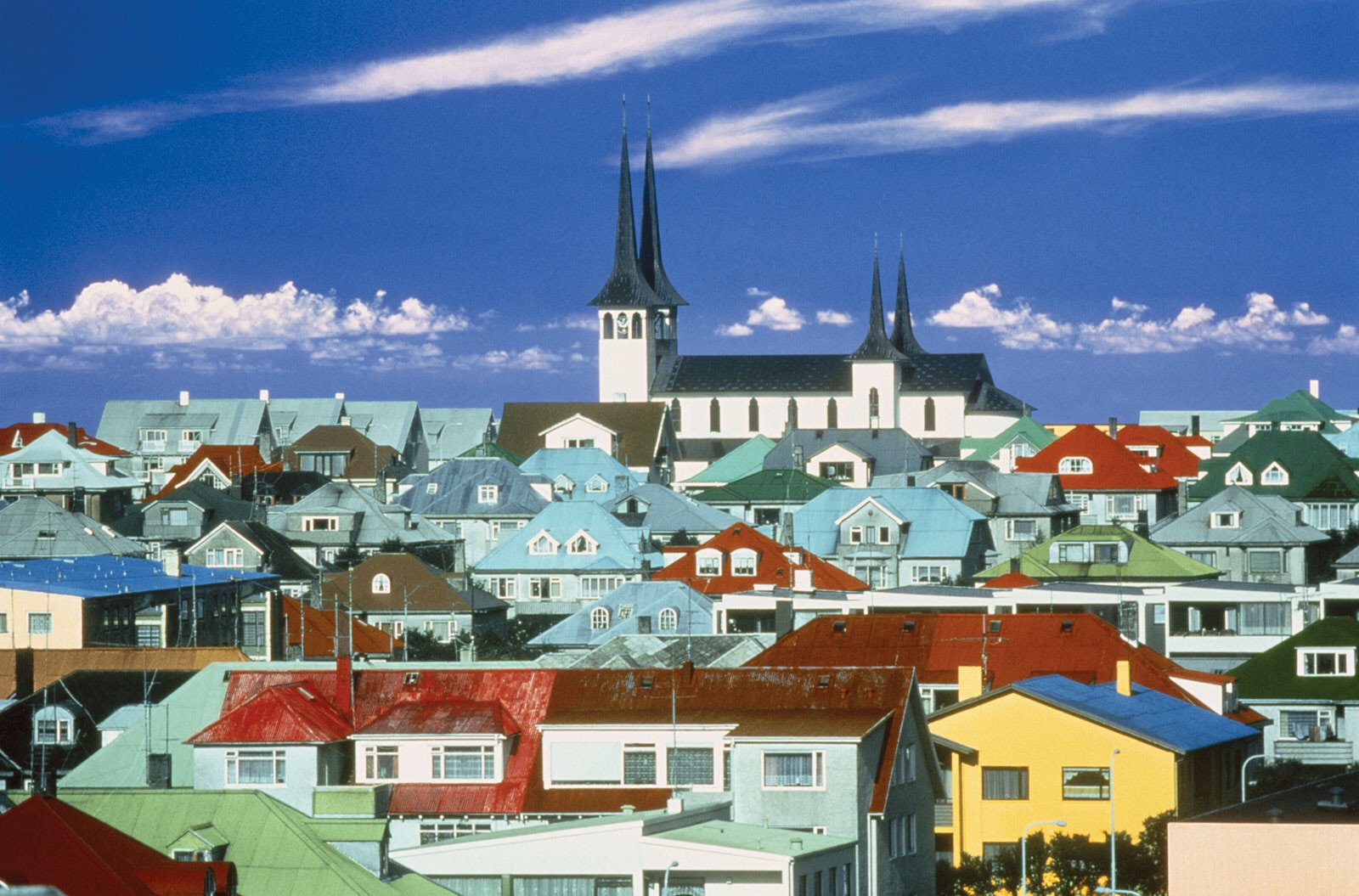 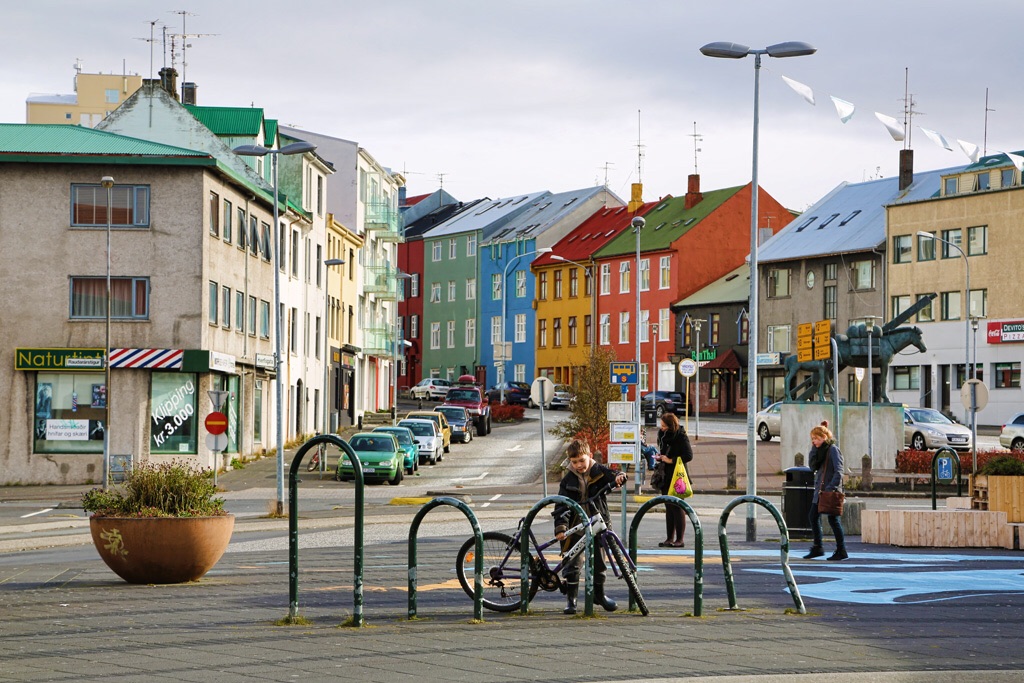 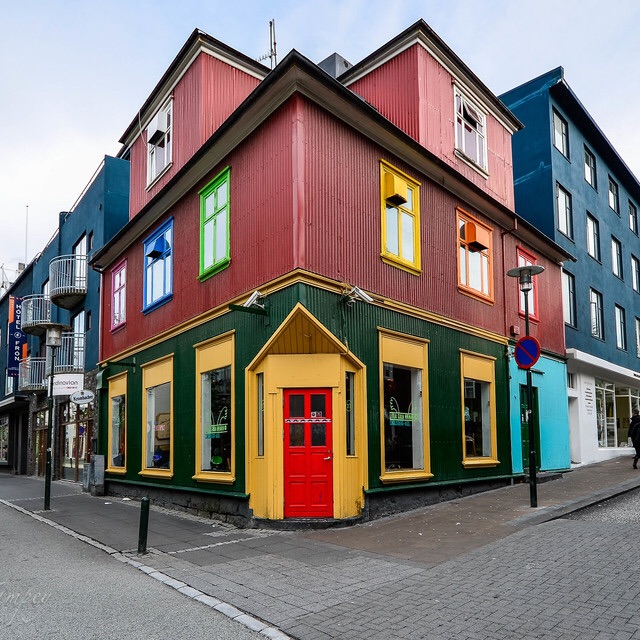 They like color in Reykjavik. They like it a lot and they like a lot of it. Considering how long and cold and dark and dank the winters are in this part of the world, it’s no wonder they use their buildings to add a little color to their lives. 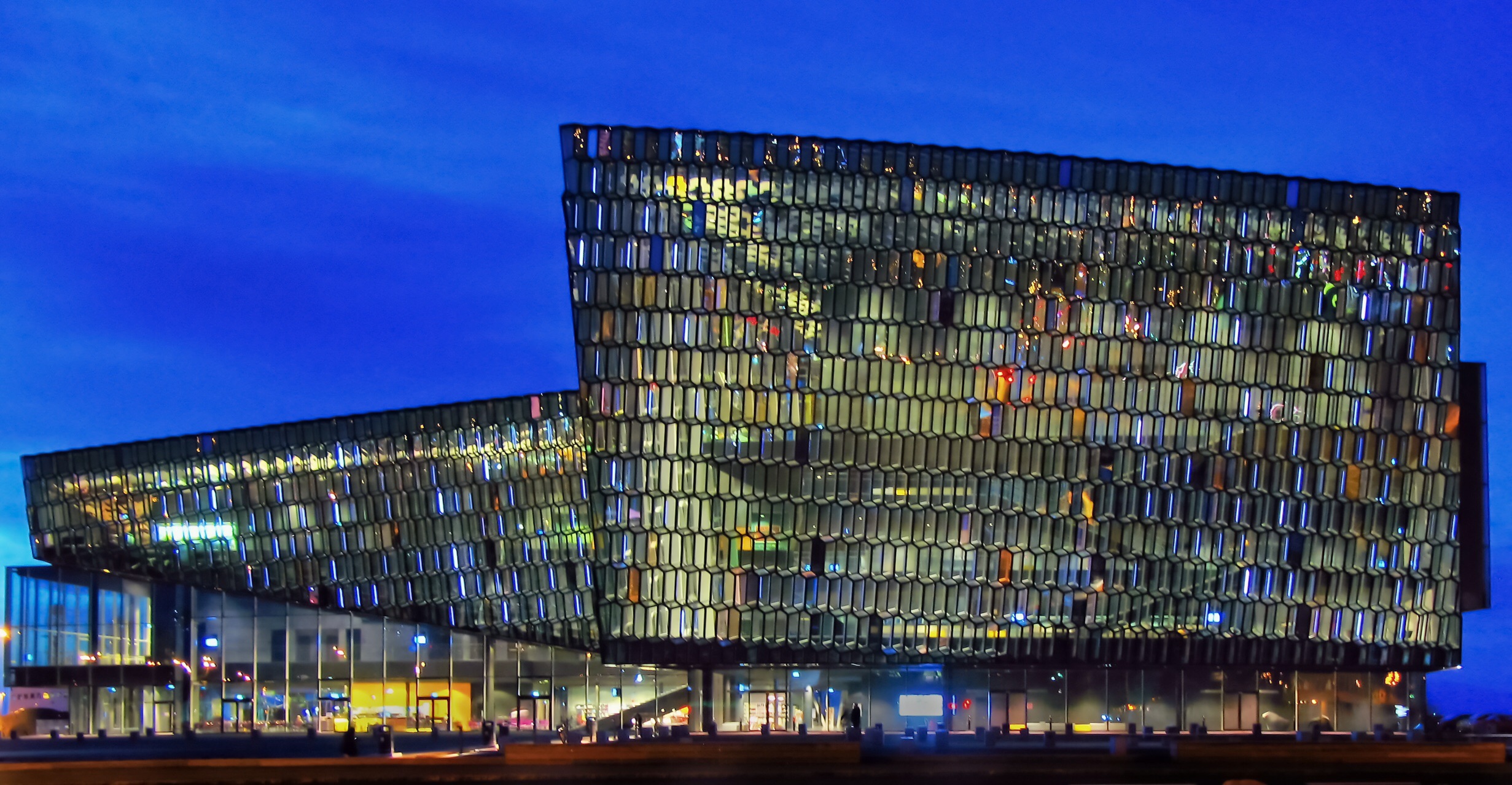 The Reykjavik Opera House, just a couple blocks from our hotel. Pretty impressive structure for a nation of just 300,000 people. I read that something like 80% of the population attended one event or another at the Opera House last year. 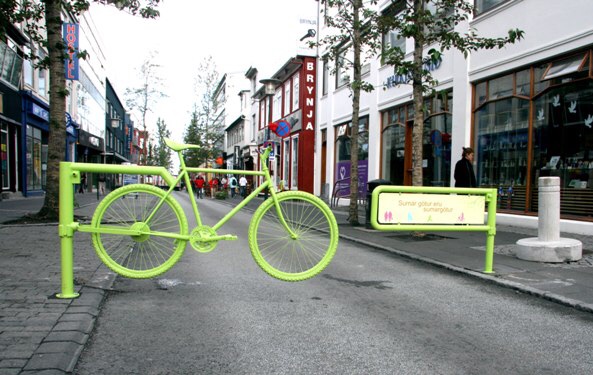 This is one end of Laugavegur, the main street through old town Reykjavik. Yes, it’s a one lane street. And during rush hour (such as it is here in Reykjavik) they close the street and turn it into a pedestrian mall by swinging shut this colorful bicycle gate. 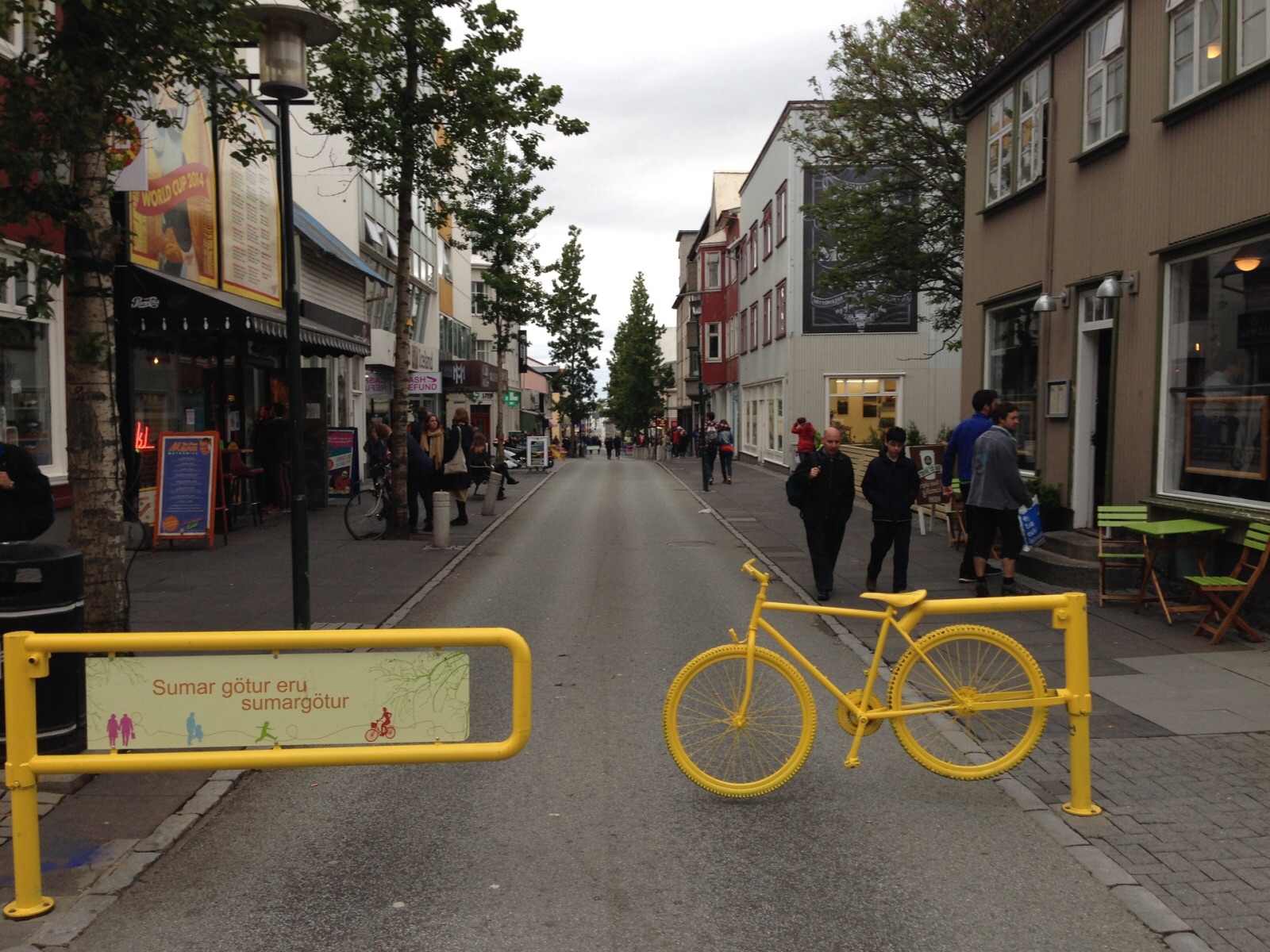 The is Laugavegur at the other end of the temporary pedestrian mall. Different color bike, same purpose. 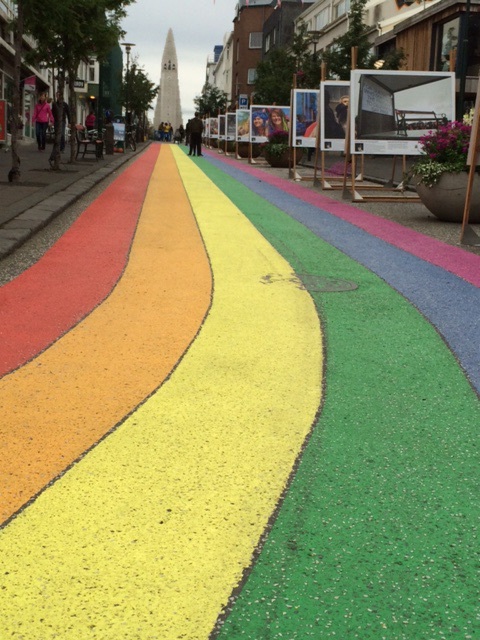 They painted a street for Gay Pride Week. It looks like it leads right to the church, but I’m betting that’s an optical illusion.