Two years ago we visited Iceland for four days. We wanted to return someday, but as we were planning the trip, Iceland Air began a special promotion that allows you to do a free Iceland layover when you fly on with them to any other destination.

We love Iceland Air because the service is great and the fares are crazy low (its Business Class runs about the same as other airlines’ economy fares). So despite the fact that we really didn’t think we were ready for another trip to Iceland, we booked an overnight stay in Reykjavik on our way to Zurich, Switzerland.

Jamie and I agreed that we had the two best meals of our previous six month journey during out stay in Iceland. So odd as it sounds, we came back on this trip just to have breakfast and dinner in the same restaurants in which we dined two years ago.

Our flight arrived from Toronto at 6:30 a.m. and we knew within a few minutes that we had made a terrible error. We should have stayed longer. Reykjavik is such a cool, beautiful little city, the people are so pleasant, and there’s so much to do that we knew almost immediately that 24 hours just wasn’t enough time.

But it is what it is, so we decided to cram as much as possible into our one allotted day. 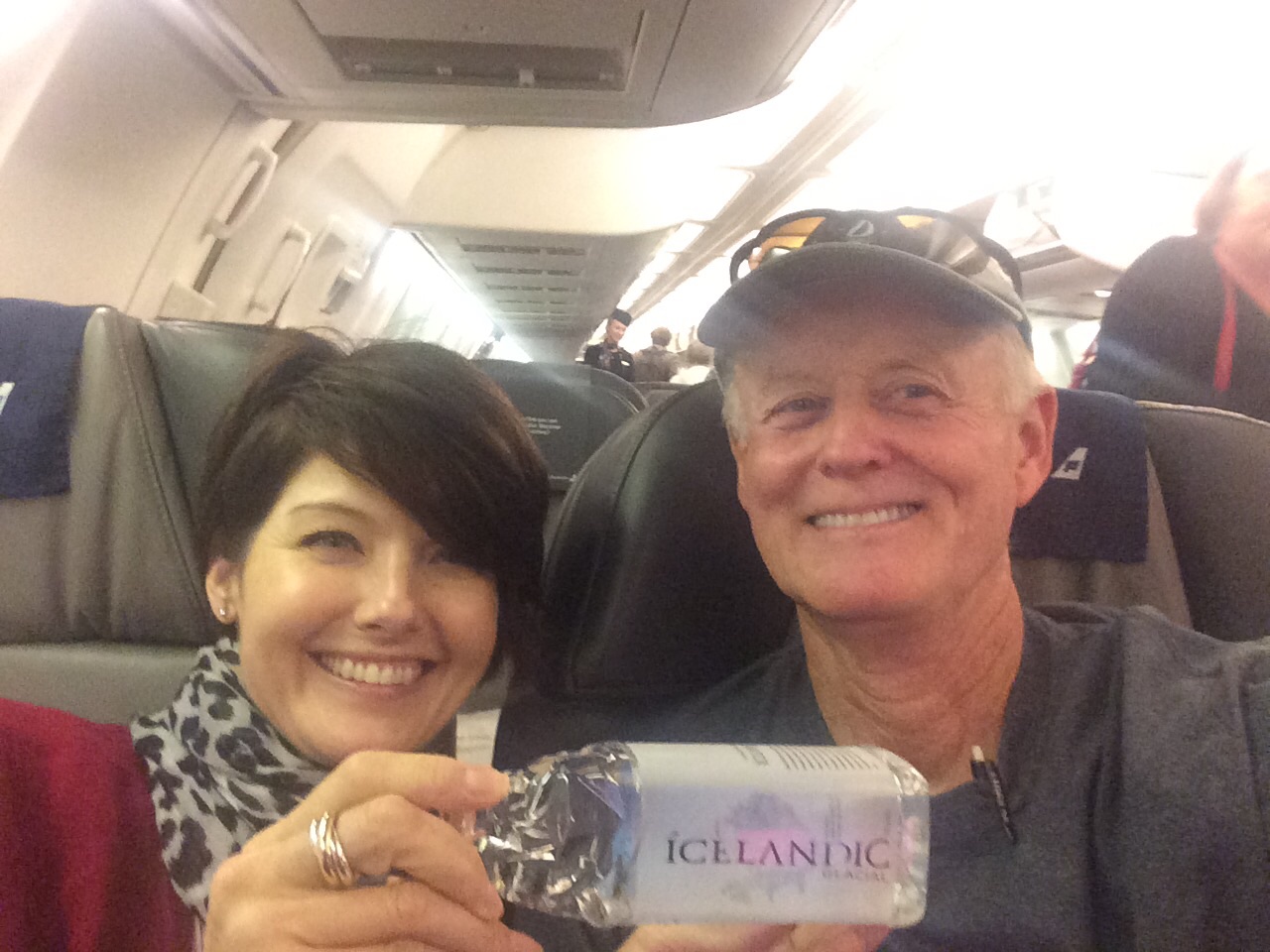 Have you noticed that I never seem to know where to look when I’m taking a selfie? I think I’m looking at the button I’m pushing instead of the lens. Anyway, here we are looking all excited as we sat down on the Iceland Air flight. 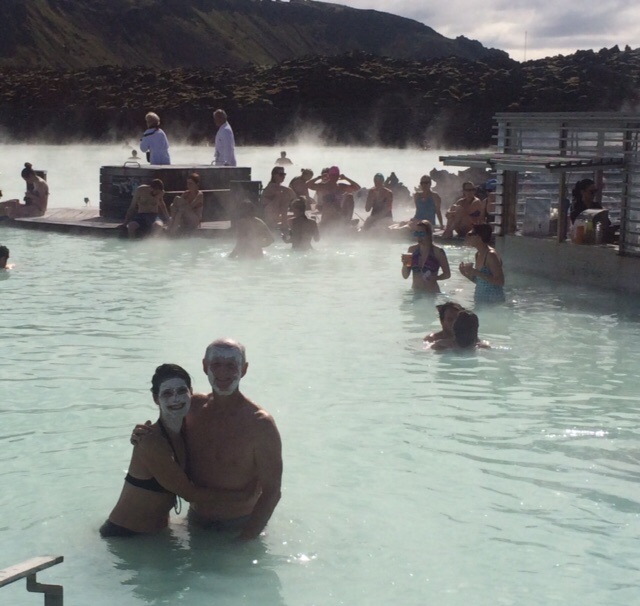 After a quick breakfast at the Grai Kotturinn (Gray Cat) Restaurant, we headed for the Blue Lagoon, a huge pool of steaming hot geothermal sea water. It was very romantic — just us and several hundred other people. 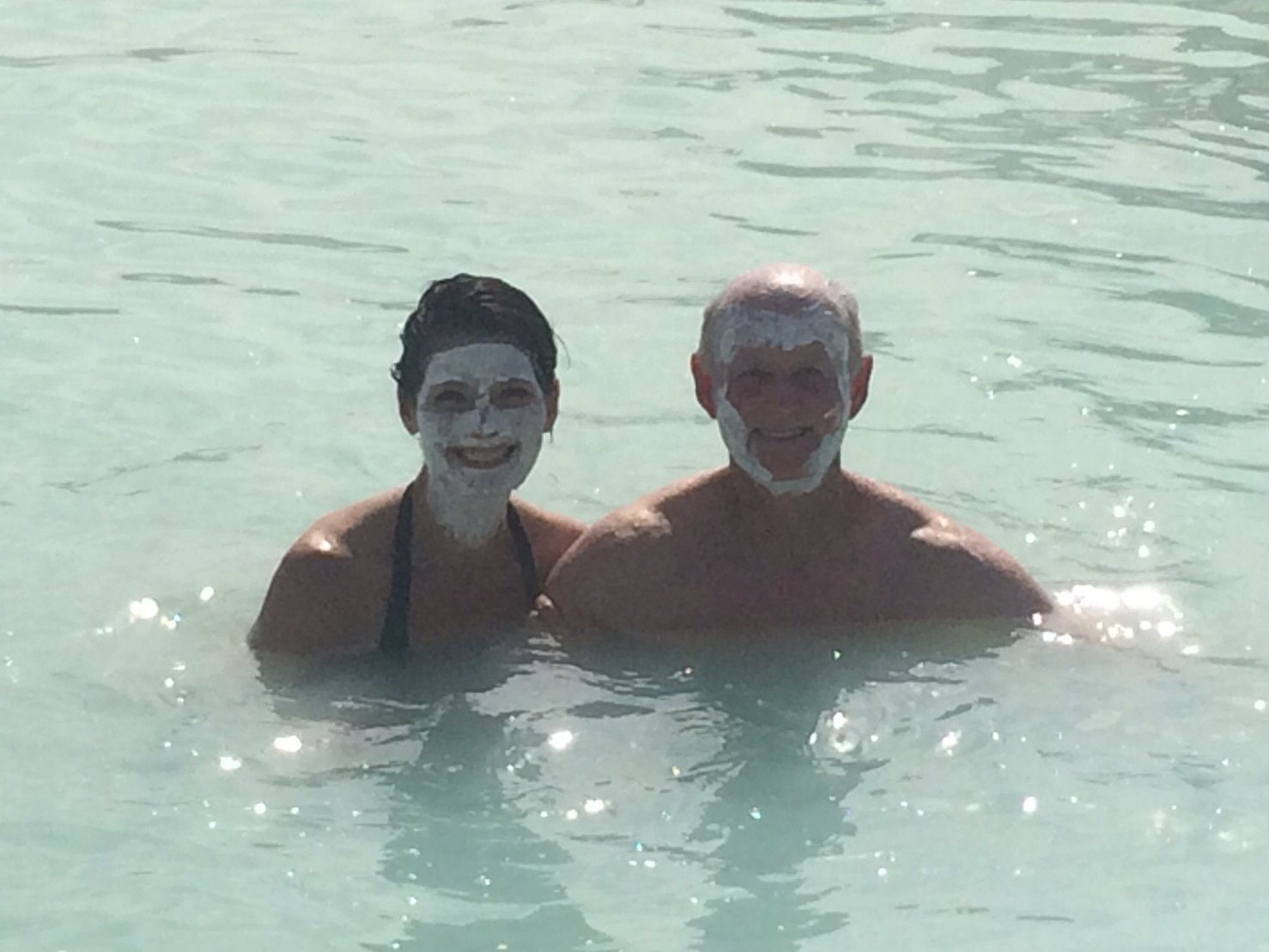 The milky, mineral-rich, aqua blue water simmers somewhere between 98-102 degrees Farenheit. White Silica mud settles at the bottom of the lagoon and doubles up as a mineral-rich face pack. It made Jamie’s skin silky smooth. It helped me put on 10 pounds of pure muscle, re-grow a full head of thick brown hair, and gave me the vigor of an 18-year old boy. 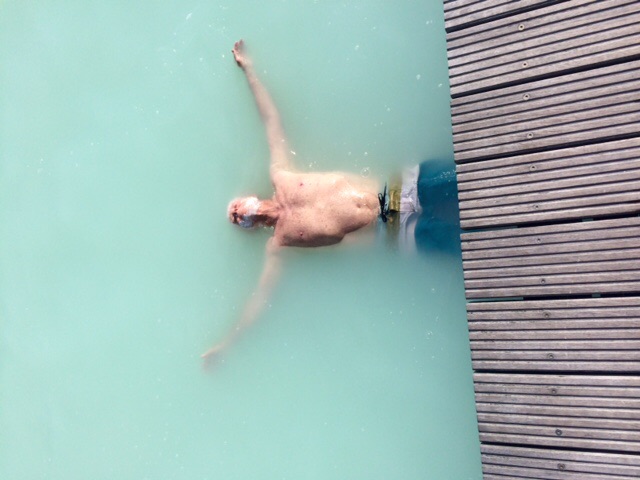 Jamie didn’t want me to include this photo because she says I look dead. But she’s clearly wrong because I have the vigor of an 18-year old boy. 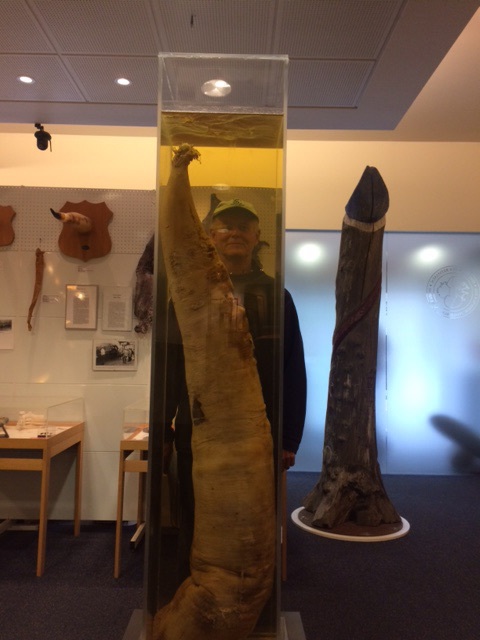 Late in the afternoon, after our return from the Blue Lagoon, we visited one of Reykjavik’s most famous places — the International Phallological Museum aka The Penis Museum. The founder was a college professor who, for some inexplicable reason, began collecting the penises of every land and sea mammal native to Iceland and its surrounding waters. The collection finally outgrew his garage, so he opened the museum. The population of Iceland is just a hair over 300,000 yet the Penis Museum draws a million visitors annually. 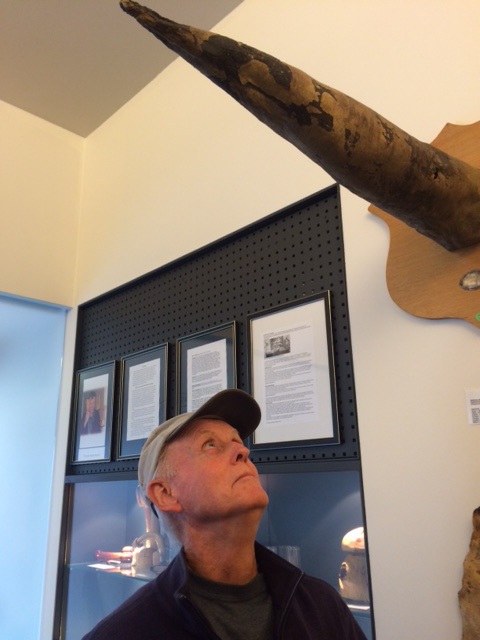 Here I am admiring (?) the penises of a Blue Whale and a Sperm Whale. They may be large, but what good are they without the vigor of an 18-year old boy? 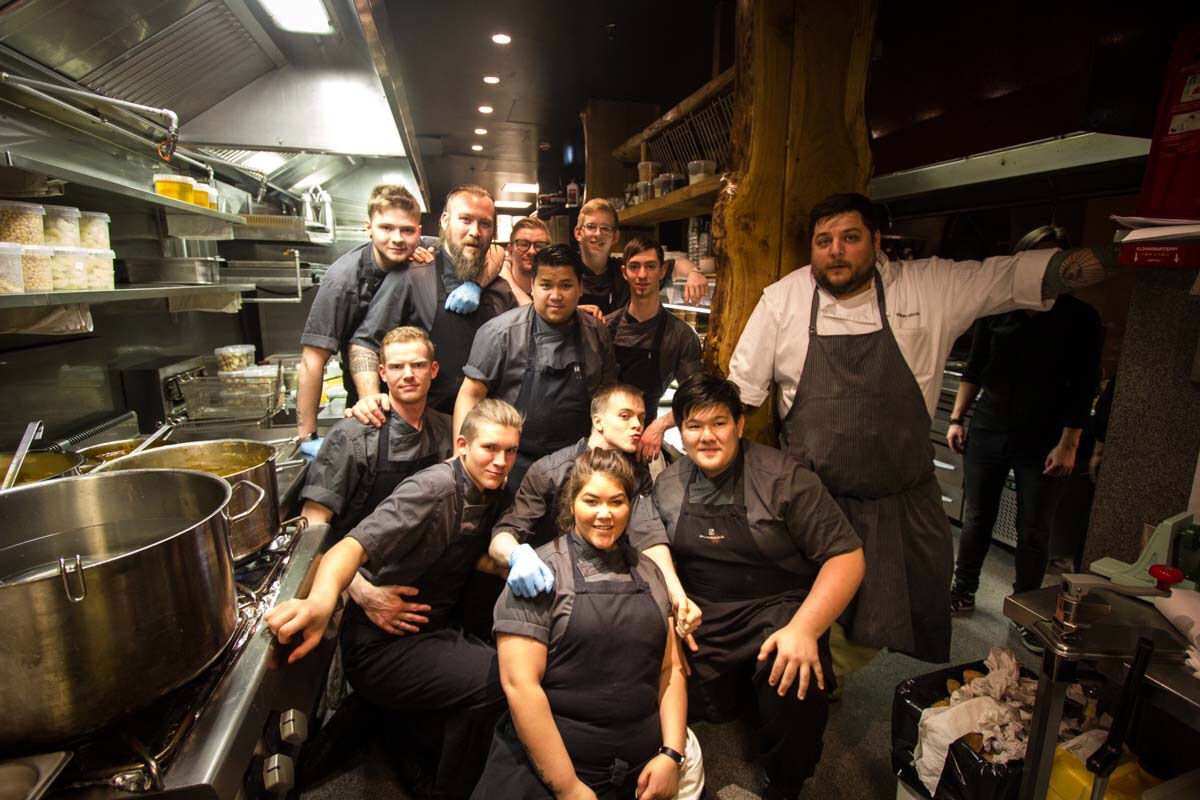 We ended the night with dinner at GrillMarkdurinn, the restaurant that inspired our return trip to Reykjavik. It was just as good this time around. Jamie had the salmon and I had sampler portions of cod, salmon and monkfish. The menu also offered horse, whale and puffin, but we managed to resist.

Then, since we had only had one hour’s sleep the previous night, we went back to our hotel and went to sleep, content in the knowledge that we had crammed as much into 24 hours as possible. Tomorrow morning we’ll be up at 3:30 a.m. to catch a flight to Zurich, Switzerland.

By the way, have I mentioned that I now have the vigor of an 18-year old boy?