Are you familiar with the term Coyote Ugly? If not, please allow me to explain it via the old joke that originated the term:

Late one night a drunken guy meets an attractive girl at a bar. They hit it off. They go back to her place and he spends the night. He wakes up the next morning and she’s lying sound asleep on his arm. Now sober, he looks over and sees her in the daylight and realizes that although she seemed hot when he was drunk, she is actually so remarkably ugly that he chews off his own arm in order to get away without waking her up.

Well, Porto is not Coyote Ugly. It’s just as beautiful in the light of day as it is in the dark of night. We showed you photos of Porto at night a few posts back, so we figured it time we show you some daytime shots.

(Sorry about the hazy skies in some of the shots, but they’re having massive forest fires just outside the city, making the skies a bit brown.) 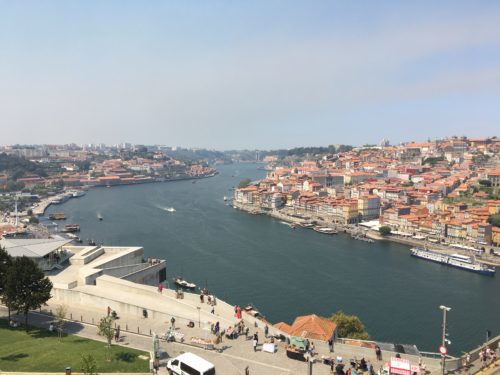 Everything in Porto revolves around the Douro River which bisects the city. 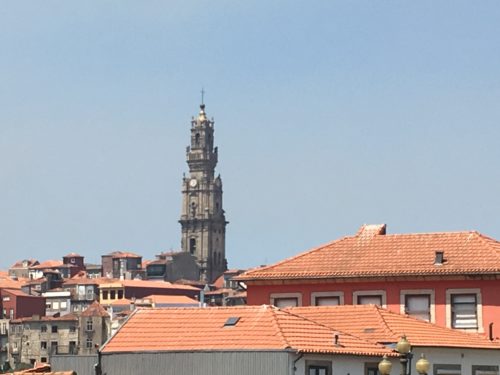 Towering churches rise above the rest of the city’s skyline. 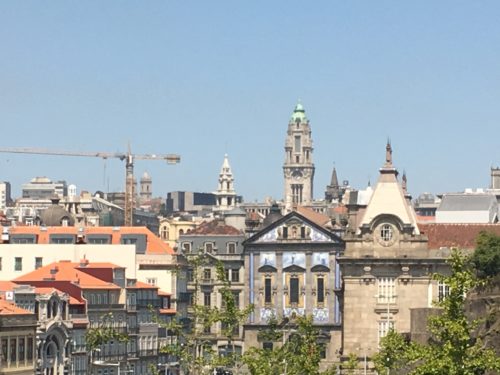 In fact, you might even say that church towers dominate the city. 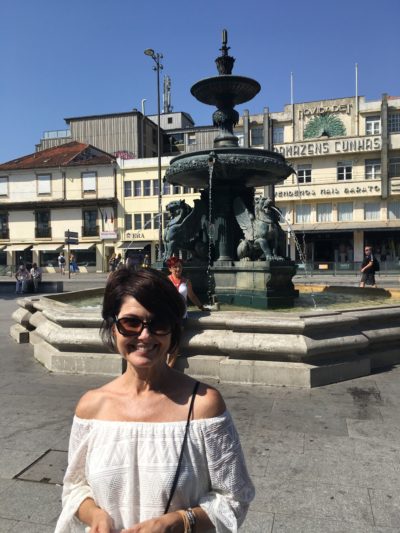 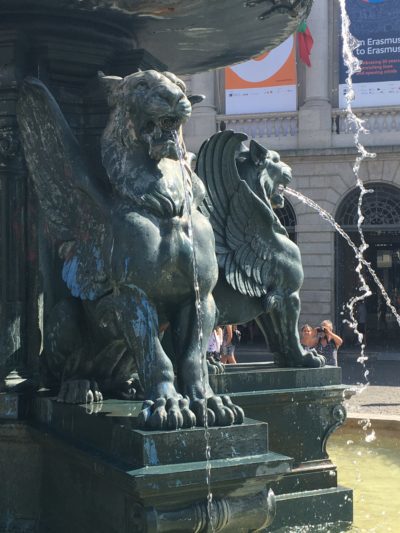 The city is filled with squares and every square is built around a fountain. 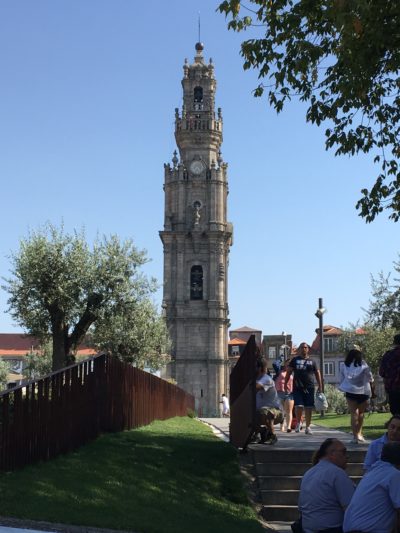 Either that’s the Leaning Tower of Pisa or my camera angle was slightly off. Bet on the latter. 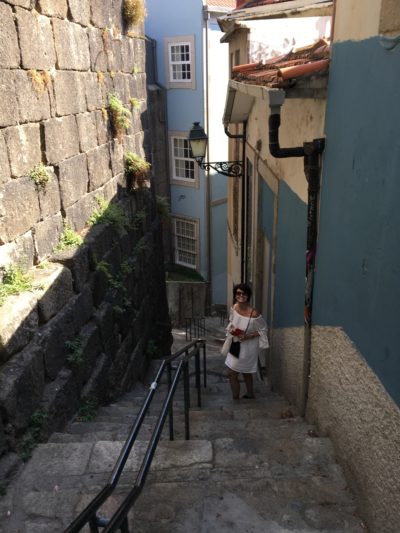 These narrow alleys were built to make it easier to defend the city. One man at the top of the alley can defend it against an army. 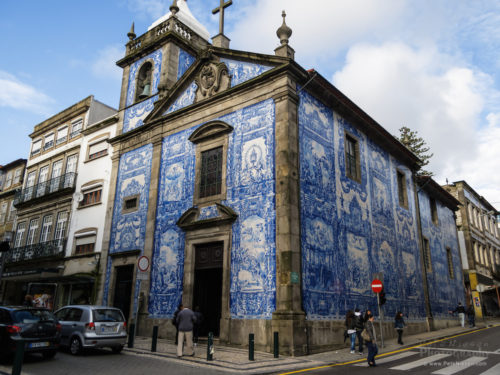 Many buildings — even just ordinary homes — are decorated with exquisite exterior tiles.

No, we didn’t take this photo. It’s far too good for us to have taken. 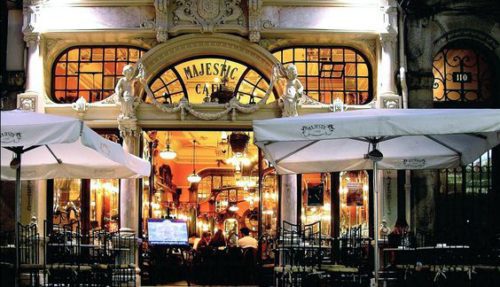 This is the Majestic Cafe. To no one’s surprise, it is often called one of the world’s most beautiful cafes. 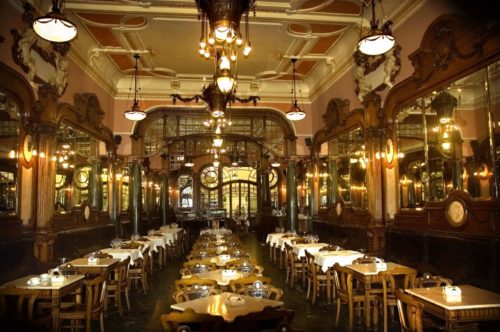 And this is what The Majestic looks like on the inside. 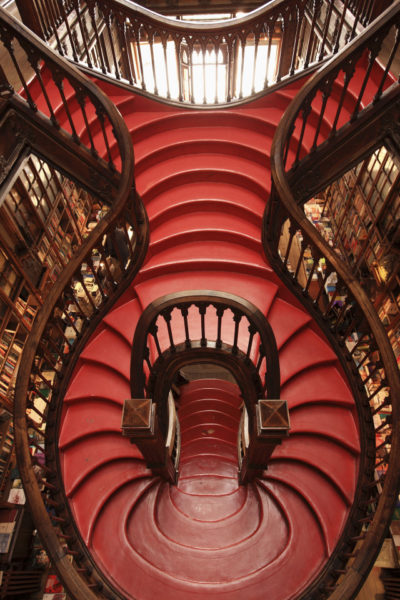 This is Porto’s dazzling Livraria Lello bookshop. The then penniless J.K. Rowling lived in Porto in the 1990s and Livraria Lello’s staircase was  the inspiration for the Hogsworth library in the Harry Potter books. We didn’t actually get inside because about a thousand wacky Harry Potter fans were lined up about a block down the street. 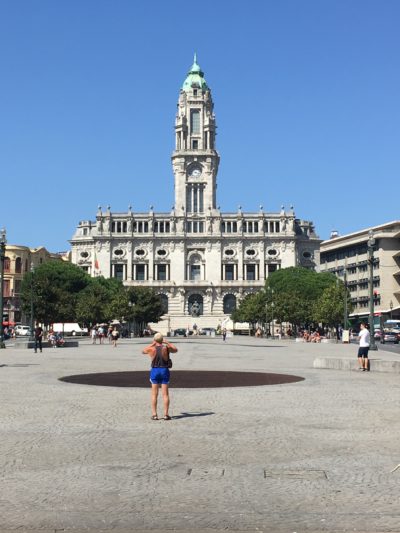 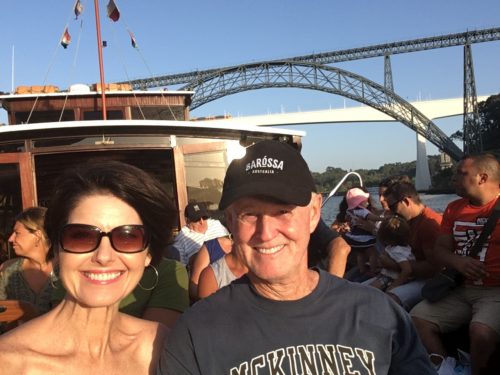 And just when you thought Porto couldn’t get any more beautiful, here’s a shot of Jamie on the Douro River. Ignore the Coyote Ugly guy sitting next to her.