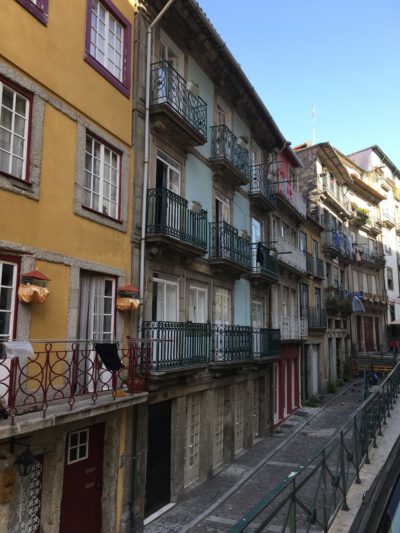 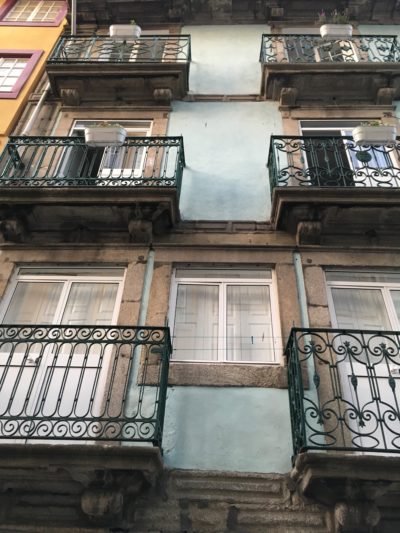 We had never used AirBnB before making our reservation in Porto. All our friends said, “It’s great. It’s simple. You need to do it.”

So we did it. But it’s not exactly clear that we did it correctly.

Don’t get me wrong. Our apartment is great. It’s only about 100 feet off the main street here in Porto. It’s just a stone’s throw from the beautiful Douro River and dozens of great restaurants. It’s right around the corner from the The Igreja de São Francisco, Porto’s largest, most famous church.

When I made the reservations I made sure parking was nearby. I made sure the apartment had wifi. And although the building looks a little rough on the outside, I made sure that the interior had recently been renovated from top to bottom and that our apartment had all the modern conveniences.

What I failed to do, though, is verify that the building had an elevator.

And, of course, since it’s a four story building there was almost a 100% probability that our apartment would be on the fourth floor.

If I were not such a complete gentleman, I would surely tell you how, in fear of this very event occurring, I repeatedly begged Jamie to fit everything she needed into one carry-on suitcase and I would also tell you how she laughed at that suggestion.

If I were not such a complete gentleman, I would surely blame my lovely wife for the fact that by the time I reached the fourth floor with that second heavy, full-sized suitcase, my face had turned a shade of red I had never actually seen before. In fact, I believe it is possible that it was a completely new shade of red heretofore unknown to science.

And if I were not such a complete gentleman, I would surely blame my lovely wife for the fact that while I was gasping for air while lying prone on the fourth floor landing, I saw my life flash before my eyes in a sequence so rapid that showing it on TV would surely cause seizures in any epileptics unfortunate enough to be watching at that moment.

Yes, if I were not such a complete gentleman, I would surely do all those things.

But I can promise you this: If any similar physical conditions arise day after tomorrow when we are scheduled to leave Porto and I must carry those same heavy, full-sized suitcases back down that same narrow four-story staircase, my gentlemanly demeanor will certainly be tested.