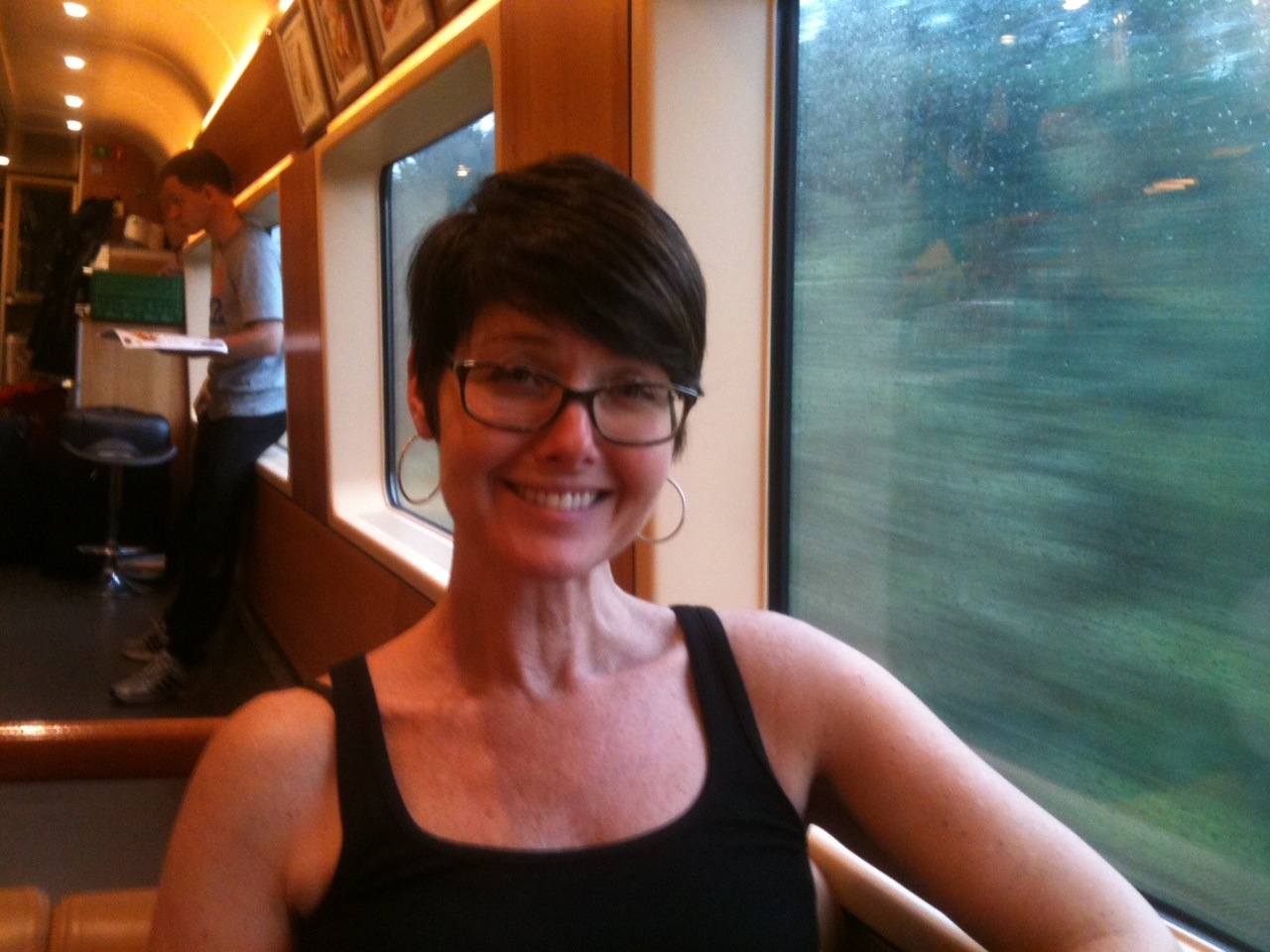 And now let’s pause for yet another seemingly unrelated story that really isn’t:

Our good friends the Ginsbergs were — for reasons I can neither remember nor imagine — aboard a train that passed through my hometown, Colton, California.

Colton was probably the only city in Southern California that lost population in the booming 1960s. Even as a kid I knew it was a place I knew I had to get out of as soon as possible. Sometime back in the late 50s or early 60s the city council or the Chamber of Commerce or some other civic-minded group came up with a slogan they hoped would act a perfume to disguise the stench of death that enveloped the town.

They must have believed their own delusions because they posted the slogan in huge individual letters on the side of a grain mill that overlooked the adjacent Interstate 10 Freeway. Soon after they attached the letters to the building, the grain mill went out of business. And it wasn’t long before the mooring on the “H” failed and it began dangling and blowing in the wind.

That pretty much sums of my image of Colton: A nonsense slogan hanging askew on an abandoned building.

But back to the Ginsbergs: Young Jack was horrified by the miserable conditions he saw from the train.

“Dad, is this really where Jim comes from?” he asked. “It’s awful.”

Dan calmly explained that railroads pass through the worst, dirtiest, most industrial sections of whatever towns they pass through. Jack felt a bit better about it.

Times passes. One day Jack finds himself aboard a team bus on its way to a baseball tournament somewhere in the hinterlands beyond Colton. He takes out his cell phone and calls his dad.

“Dad, I’m on the bus and we’re passing through Colton. It doesn’t look any better from the bus than it did from the train.”

And that brings us back (you knew I’d bring it back eventually, didn’t you?) to our current train trip from Stavanger to Oslo. It’s a cold, rainy, foggy day and we’ve learned that not all towns look terrible from the train. We’ve been passing through green farms and meadows and forests and quaint little towns that look absolutely delightful. They couldn’t be prettier.

I wonder how they say “Hub of Industry, Center of Progress” in Norwegian.

UPDATE: I just used Google Translate to look it up. It’s “Industrisentrum, Sentrum av Fremgang”. Trust me, Colton may have the gangs, but Norway has the fremgangs.