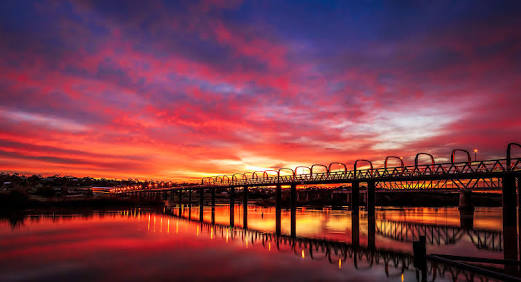 As I mentioned earlier, John and Margaret recently took us on a tour of the outback country outside Angaston. We passed through idyllic little communities like Eden Valley and Mount Pleasant, and considerably less idyllic towns like Taunton, Tungkillo, Palmer and Sedan, before stopping for lunch alongside the Murray River in a lovely little town named Mannum.

Wondering how far our previous travels had taken us, John asked, “Have you ever been to Murray Bridge?”

Her head quickly turned in my direction and she gave me a triumphant smirk, as if John’s opinion of Murray Bridge served as some sort of chastisement that I richly deserved.

Those of you who know Jamie are probably thinking that her negative opinion of Murray Bridge seems out of character, because she’s nearly always as pleasant as, well, Mount Pleasant.

What caused her uncharacteristic reaction? Despite her sweet demeanor, the woman can hold onto a grudge like a bulldog holds on to a bone.

Murray Bridge is a dreary town lying right on the edge of the outback. It meanders half-heartedly along the twisted banks of the Murray River, Australia’s longest waterway.

Now I’m sure you could find some people who would describe Murray Bridge as picturesque, and the photo at the top of this blog item might make you believe that it is so, but Jamie’s description would be far less charitable. As far as she’s concerned, it’s the second worst town in all of Australia. (Nimbin, New South Wales, is her choice for the worst town, but that’s a story for another time.)

Many years ago we made a long, roundabout drive from Melbourne to Adelaide in the middle of summer. The day was hot. Very hot. As they say in Australia, it was a scorchah! It was dry and dusty and it seemed as if the day and the drive would never end.

As the sun began creeping lower on the horizon, I suggested that there were still too many miles between us and Adelaide, and that we should probably begin looking for a motel. Jamie agreed.

Unfortunately, the Australian outback is not known for its wide selection of fine hotels and motels. Some of the tiny outback communities we passed through had none, while others had cheap, rough-and-tumble motels that didn’t meet Jamie’s exacting standards.

It was nearly midnight when we finally pulled into Murray Bridge, a real town with a population of ten thousand or so and with everything that entailed — petrol stations, street lights, a McDonald’s, and best of all, a motel. 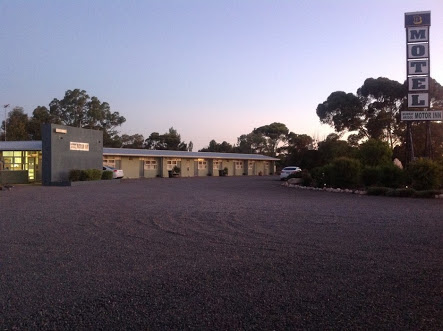 I said “a motel,” and the truth is that it may have offered dozens of excellent accommodations, but we didn’t bother to look beyond the first one we got to. It was very late. We’d been driving all day. We were exhausted. Any motel, we thought, would do.

So we pulled off the highway and onto the Murray Bridge River Inn’s crunchy gravel driveway. I parked our rental car in front of a flickering, exposed lightbulb, told Jamie that I’d be back in a couple minutes, and walked into the motel’s office.

A bell rang as I pushed the door open, but no one was on duty at the counter when I walked in.

I know that a lot of motel owners have living quarters just off their lobbies, and I could hear the sound of a television playing through an open door at the rear of the lobby, so I let out a quiet, “Hello. Anybody home?” but got no response. A few seconds later I began ringing the little bell on the counter.

Still no one responded.

Eventually I heard the sound of someone stirring in the back room, followed by the sound of slippers slowly shuffling across the floor toward the lobby.

Finally, a pair of bony, liver-spotted hands separated the strands of multi-colored stringed beads hanging in the doorway and a scruffy, nearly toothless old man appeared. His thinning, white hair was disheveled and so were his clothes. My determined ringing had clearly awakened him from a deep sleep.

Through bleary eyes, he looked at me as if he had no idea why I was there. So I finally said, “Do you have any rooms available?”

Shaking the cobwebs out of his head, he slurred the words, “Rooms? Sure. I think I got some rooms.”

This is perfect, I thought, shaking my head in disgust as I filled out the registration form. Just perfect.

“Do you tell her you love her?” he asked mournfully as if he had a back story that needed to be told.

“I don’t believe it. Nobody tellsh their wife they love ‘em every day.”

And with that I stepped outside into the flickering light and motioned for Jamie to get out of the car and to come into the lobby.

She was tired. She was cranky. She was in no mood for what was about to happen.

As Jamie trudged across the gravel parking lot, the old drunk came out from behind the counter and was standing by the door when she opened it. She quickly sized up the situation and did not like what she saw.

“I don’t know,” she said through gritted teeth. “At least once a day.”

The old drunk, reeking of alcohol and cigarettes, was blown away. As much by her beauty as by her answer.

He staggered toward her and she said later that it was like everything had gone into slow motion. She knew he was moving toward her, but she was frozen into inaction.

He reached out and put a bony hand on each side of her face. 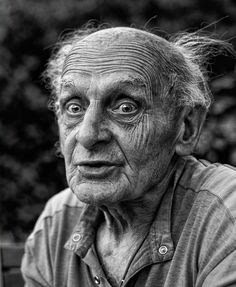 And with that, the stinky, toothless drunk puckered up and planted a big, wet, smacking kiss right on her lips. (There is some disagreement on this particular detail. I say he kissed her on the lips, but Jamie insists that she was able to turn her head at the last second so that the kiss landed on her cheek. Mere details.)

I saw the look on her face and thought I was going to die laughing. But I also realized it was time for me to step up and get our room rented before Jamie tore the old drunk’s face off.

We finished registering, and in answer to my original question, the inebriated innkeeper did indeed have a room for us. In fact, he had a wide variety of rooms available for us because we were the Murray Bridge River Inn’s only registered guests.

I hustled Jamie back out to the car, drove a couple dozen yards to Room 4, parked, and carried our bags into the room. Jamie was pissed at me, but I figured she’d be fine after a few hours sleep.

Unfortunately, the room did not meet Jamie’s standards and she was quick to let me know it. It was constructed of cinder blocks, which is one of her pet peeves. The bathroom was about the size of a telephone booth. There were more mosquitos inside the room than there were outside. And to top it all off, the room had an odor that was both unrecognizable and unpleasant.

Nevertheless, we brushed our teeth and climbed into bed. A few minutes later, some other guests checked in. Although the motel was empty except for us, the old drunk put them into the room right next to ours. That would have been bad enough, but these were not just any guests. No, they were greasy, long-haired, tattooed, Harley-Davidson riding Hell’s Angels who sat outside Room 5, the one immediately adjacent to ours, revving their big, throaty bikes. 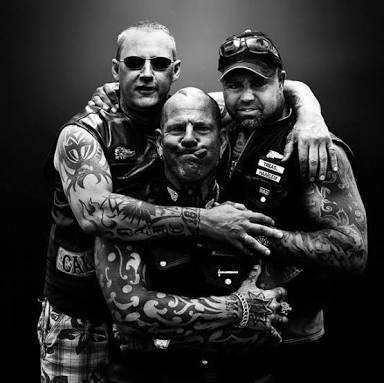 We wanted to sleep. They didn’t.

By the time morning finally rolled around, Jamie was more pissed than ever.

For the last twenty years, she’s continued to complain about the night she had to spend in Murray Bridge, about how awful it was to be kissed by that stinky, drunken, toothless old man, and how she’d never forget the sound of partying Hell’s Angels.

Why have I bothered going back in time some twenty years to dredge up this story? Simple. I was killing time on my iPad today and just happened to look up “Murray Bridge River Inn” on TripAdvisor.com.

In light of the story above, the most recent reviews of the River Inn are gut busters. For example:

Disappointed. I went to check in and was greeted by a grumpy old man. Then walked into our room. Most out dated room I’ve been in … There was no way we could stay there for the two nights we had booked. We just drove off.

Tired old building, middle of nowhere. Just a tad disappointed, especially after seeing others rate the Inn with 4’s?! Theres no view, pool, no covered/secure parking, and small rooms have dated old furniture and decor. Located near a train line (honking horns) and by the smell downwind of a Piggery or dairy…. something was ripe this morning anyway. A cheap bed if you’re tired and can’t go any further.

Not many other options in town. A fair way out from the main town centre. This hotel has passed it’s prime.

Sadly, this place has been the only dissapointment on our entire trip to Murray Bridge.

From the moment we arrived the service at the front desk was terrible. Everything was too much of a problem to help us, even though our requests were to pick up the keys early, drop off laundry, ask for extra towels and get some milk. The service is unprofessional, un-inviting and simply unacceptable.

We were there for a sporting event which meant we spent limited time at the motel and the staff walked passed us halfway through our stay and as we were about to head off for another days competition. And then only minutes later they rang us via mobile to advise they wanted payment for the entire weekend, even though we had booked and provided credit card details and still had 3 nights left on our booking and made us feel as if we were skipping the bill.

Hilarious. It’s almost as if time stood still and that we wrote the most recent reviews of the Murray Bridge River Inn twenty years ago when we stayed there.

It should be noted, however, that the motel has changed hands several times in the intervening years, and that the current owner wants everyone to know that he has only been its proprietor for the last four years or so.

Four years? According to Jamie, that’s about how long it took the drunken old desk clerk to touch her cheeks and move in for that kiss.