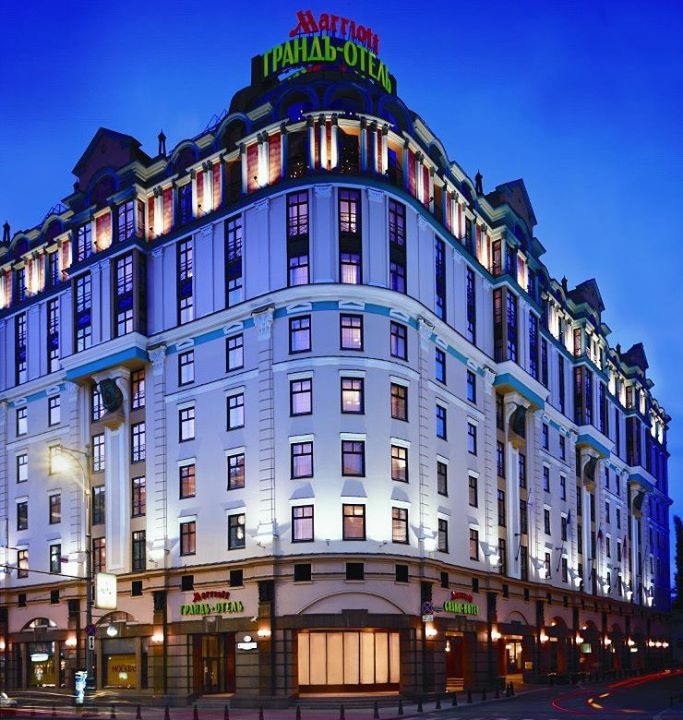 Let me quote what Wikipedia has to say about Moscow’s weather just so you understand where I’m coming from:

Typical high temperatures in the warm months of June, July and August are around 23 °C (73 °F), but during heat waves, which can occur anytime from May to September, daytime temperature highs often top 30 °C (86 °F) for sometimes one or two weeks. In the winter, temperatures normally drop to approximately −10 °C (14 °F), though there can be periods of warmth with temperatures rising above 0 °C (32 °F).

Got that? Pretty mild in the summer, but bitterly cold in the winter.

We’re staying at the Marriott Grand Hotel on Moscow’s nicest street, just down the road from the Kremlin, Red Square, Lenin’s Tomb. It’s a hoity toity place, with a guy playing a grand piano in the lobby, a full concierge staff, and breakfasts that go for $50 each. It’s Russia and we were a little nervous, so we splurged a little and stayed here because it’s a really nice place.

So considering the weather I noted above and the quality of the hotel, how do you explain the fact that our room is air conditioned, but not heated. There’s a note in the room that says — and I paraphrase — “If you need a heater, call the staff and request one.”

This is a mystery to me.