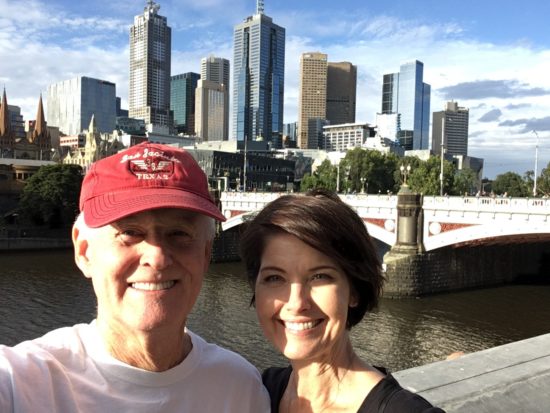 It can now be confirmed that Jamie and I are officially small town folks.

We spent the last four months in beautiful, idyllic villages like Broome, Daylesford, Angaston, Tanunda, Nuriootpa, Port Fairy, and Bright. Other than an occasional visit to Adelaide, which really doesn’t feel like a big city, we haven’t set foot in a town with more than 5,000 people since the middle of September.

Oh, my god, Melbourne is supposedly glamorous and always ranks highly on those lists of world’s best cities, but we had been on the street for about ten minutes today when I turned to Jamie and said, “This must be what hell is like.” Wide-eyed and horrified, she agreed.

Way too many people crowding every sidewalk. Too many cars crawling down too few streets. Too many honking horns. Too much dirt. Too many skyscrapers blocking out the sun. Too many construction cranes dotting the horizon. Too much noise. Too many lunatics randomly screaming obscenities at the tops of their lungs.

It’s probably unfair of me to single out Melbourne. I think we would have had the same reaction to any big city.

To each his own. I know some people love the energy and excitement of a urban living, but not us.

Give us the Barossa Valley.

Give us Green Acres.