In case you’ve never run across this peculiar mode of transportation, please allow me to explain what it is: It’s a cable railway in which a cable is attached to a pair of trams that ascend and descend a steep slope on rails. The ascending and descending vehicles counterbalance each other.

The Monte Brè funicular starts up the mountain right at the eastern edge of town at about 900 foot elevation and then rises over 3000 feet before it arrives at the mountain top station. 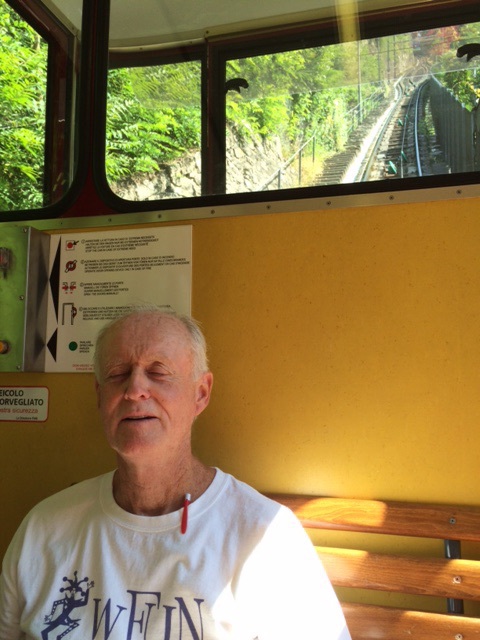 No matter how it may appear, this is not a photo of a doddering old man who’s fallen asleep on the funicular. 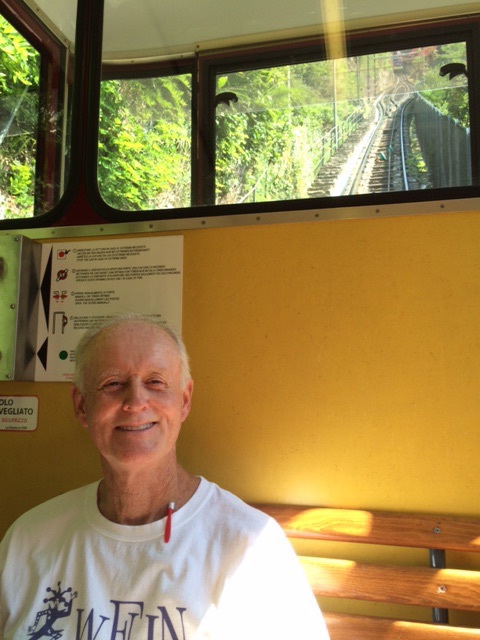 There. That’s more like it. Now let’s put an end to the sniggering about the doddering old man. 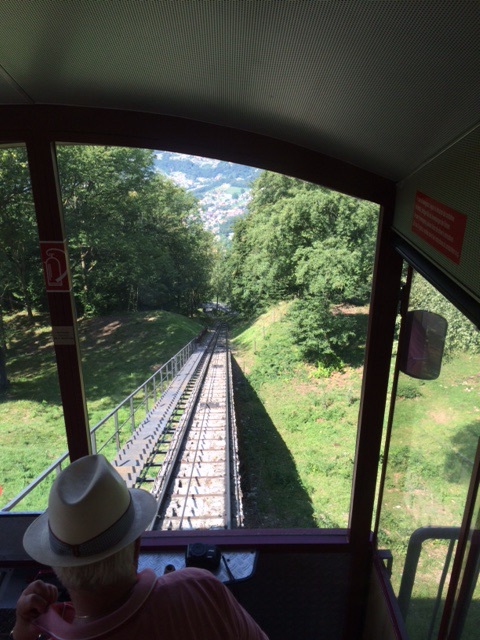 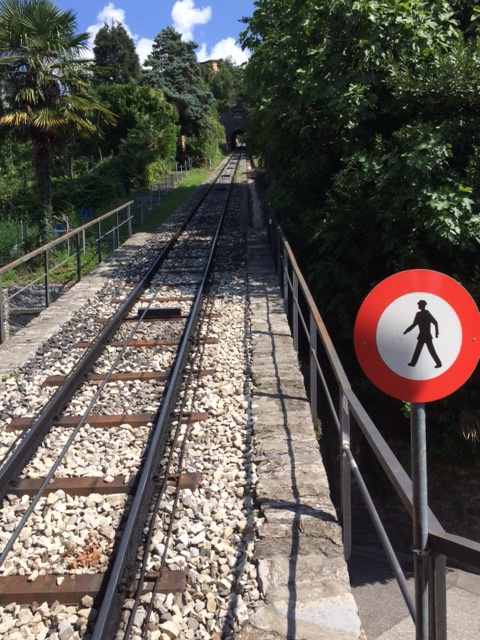 Jamie and I are having a disagreement and we invite you to express your opinions. One of the two photos above is shot going uphill and the other is shot going downhill. She contends that it’s easy to tell which is which, but I say that the perspective makes one indistinguisable from the other. Your opinions? 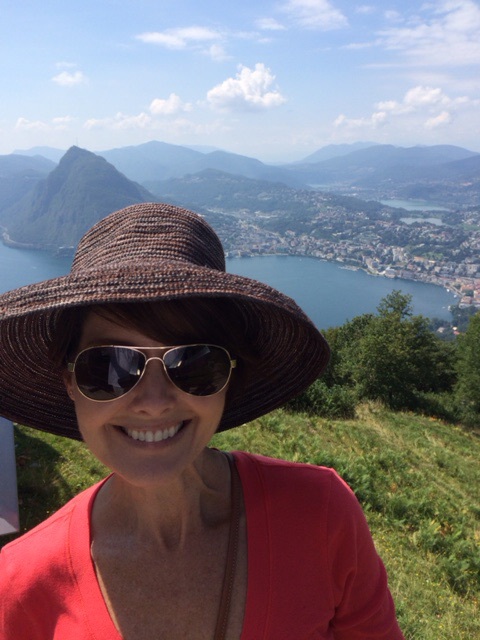 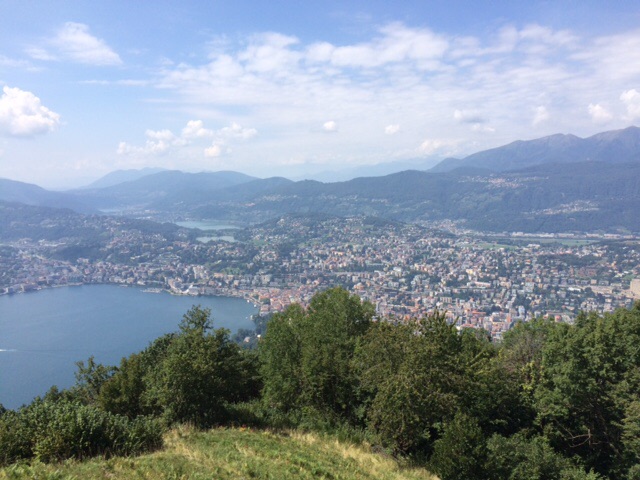 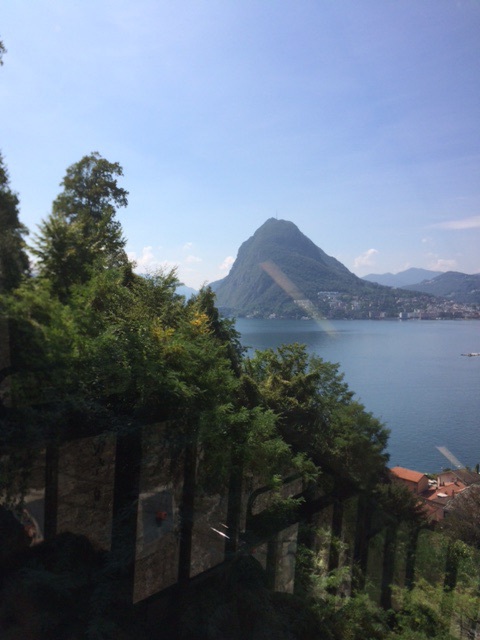 We got off at the top and had lunch at a restaurant that hangs off the edge of the mountain and overlooks Lake Lugano and the Alps. Not a bad view. 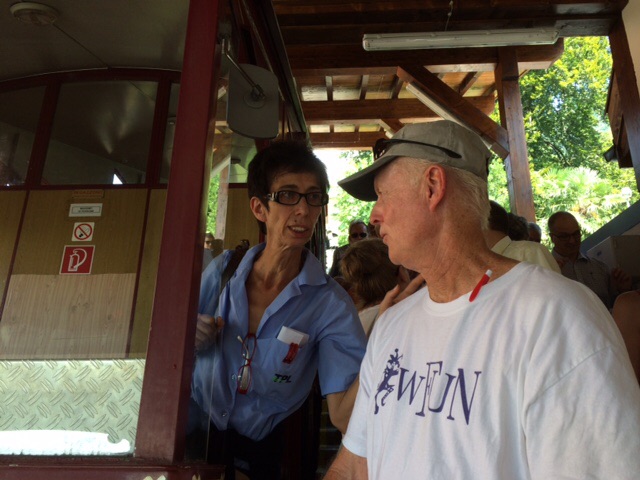 Jim discusses the finer points of funicular engineering with captain of the Monte Brè funicular. As a brief aside, she looked at me and said, “You are not a doddering old man. I heard you had the vigor of an 18-year old boy.” Well, it was in Italian, which I don’t speak, but I’m pretty confident that’s the gist of what she said.