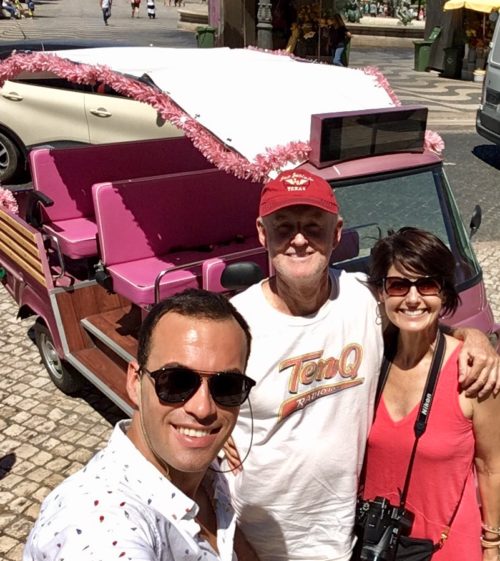 We’re staying in Lisbon’s trendy Chiado neighborhood and three tuk tuk tour guides were lined up on the main street near our apartment. One was a middle-aged woman, one was an older man, and the third one was João. It really didn’t matter which guide I wanted.

João was great. He was informative and funny and charged us for a one hour tour even though he drove us around for three hours.