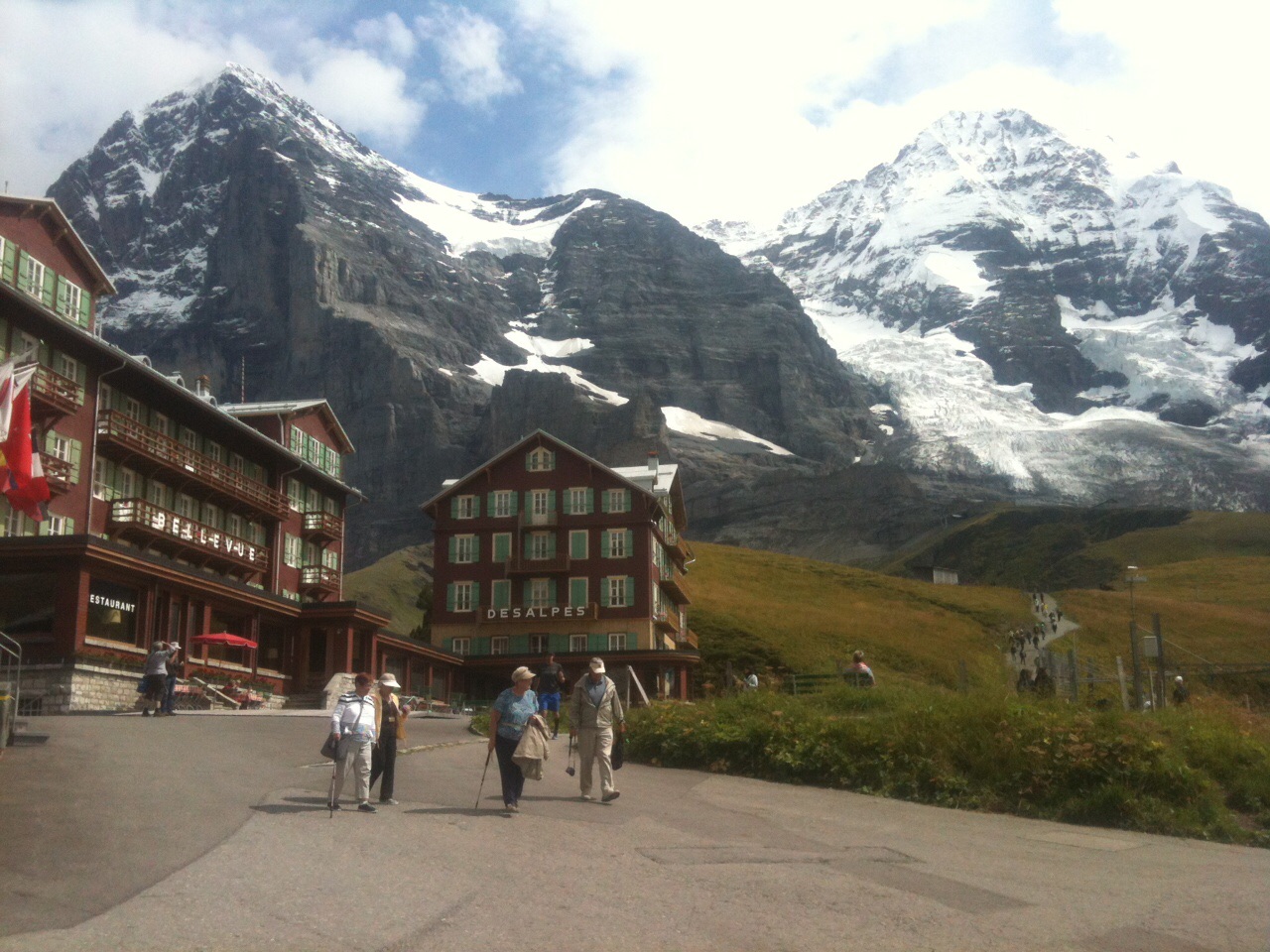 We’re here in Kleine Scheidegg because my buddy Ray recommended it. I’m not real sure of the details, but he lived here sometime in the early ’70s.

He worked at what was then called the Hotel Scheidegg. It’s now called the Hotel Bellvue des Alpes. My high school French is a little rusty, but I believe the English translation of that name is “We Charge An Arm and A Leg Because of The View Hotel”.

After you’ve taken in the incredible view of the Eiger (the mountain behind the hotel), there’s not a lot in Kleine Scheidegg. A train station, a few restaurants, and the Fondue Hall of Fame (I made up that last one, but I wouldn’t be surprised if such a place exists somewhere here in Switzerland).

Ray worked as a waiter, but his primary occupation was ski bum.

Hey, Ray, the train rides you recommended were great and the view from Kleine Scheidegg was even better. Thanks.