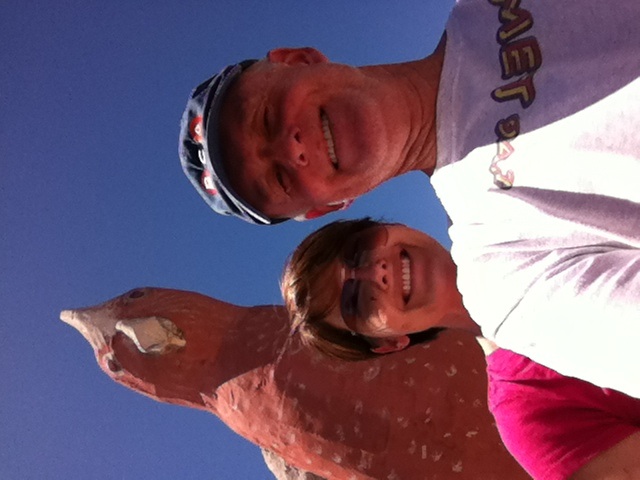 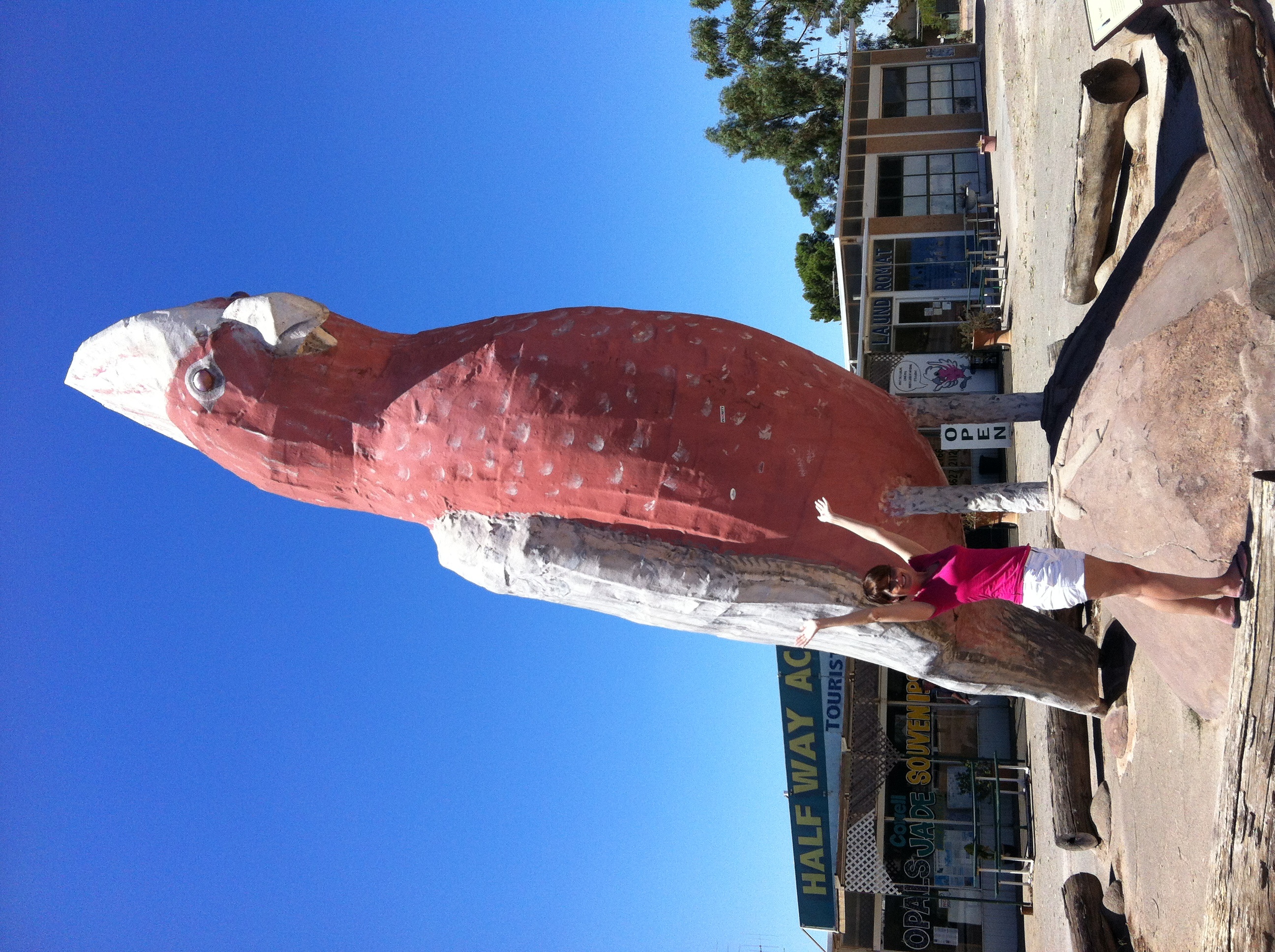 I did an earlier post called Land of the Giants that talked about the odd Aussie habit of building “big” things along the side of the highway. We saw one of my favorites the other day.

Halfway across Australia, just 20 meters off the main highway in the almost non-existant town of Kimba, South Australia, sits The Big Galah. As you can probably tell, a galah is a bird — a big pink and grey cockatoo that’s also known as the rose-breasted cockatoo. It’s one of the most common and widespread birds in Australia and can be found almost everywhere in the country.

Galahs are notoriously (and accurately) known as stupid birds. In fact, the phrase “dumb as a galah” is common Aussie slang.

As we drove to the gym early one morning we saw a group of galahs land on some telephone wires. All but one of them landed atop the wires and perched as you see hundreds of birds do every day of the week. But one of them lost its grip as it landed and swung upside down on the wire. Instead of letting go and making another approach, this galah just hung upside down on the wire. 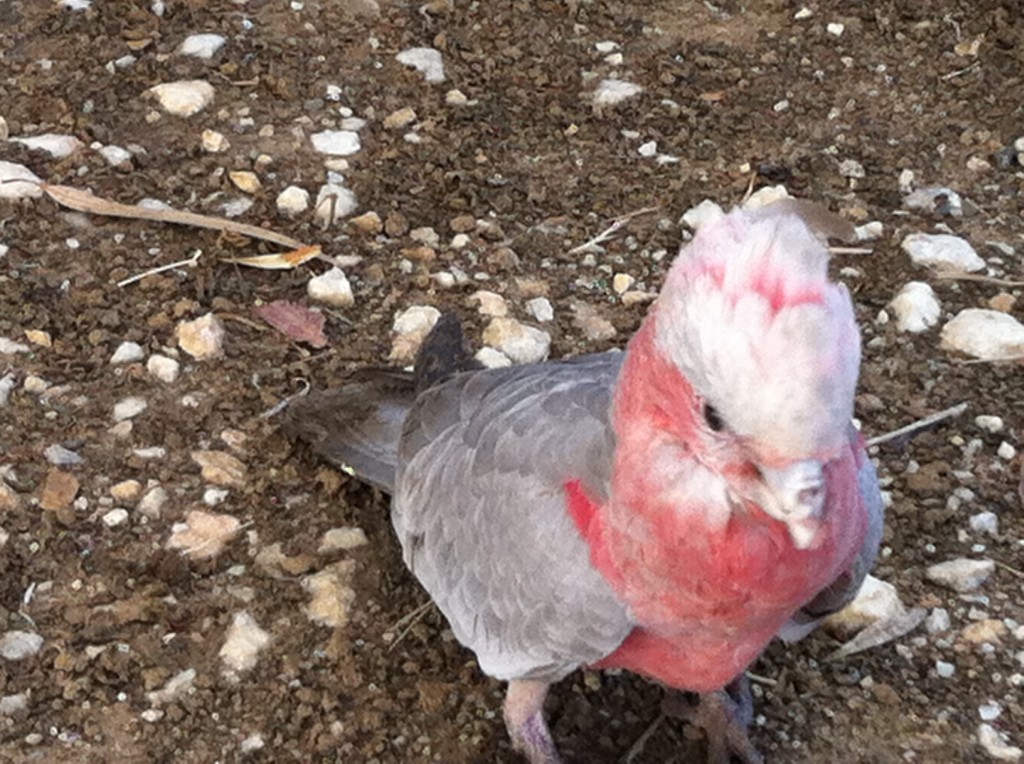 Here’s a photo of a galah we spotted sitting alongside the road several mornings in a row. He was standing right at the edge of the road so we decided to stop and scare him away so he wouldn’t get run over. Jamie climbed out of the car and attempted to chase him off, but he just squawked at her, stood his ground and refused to move.

So we took a photo of him instead.