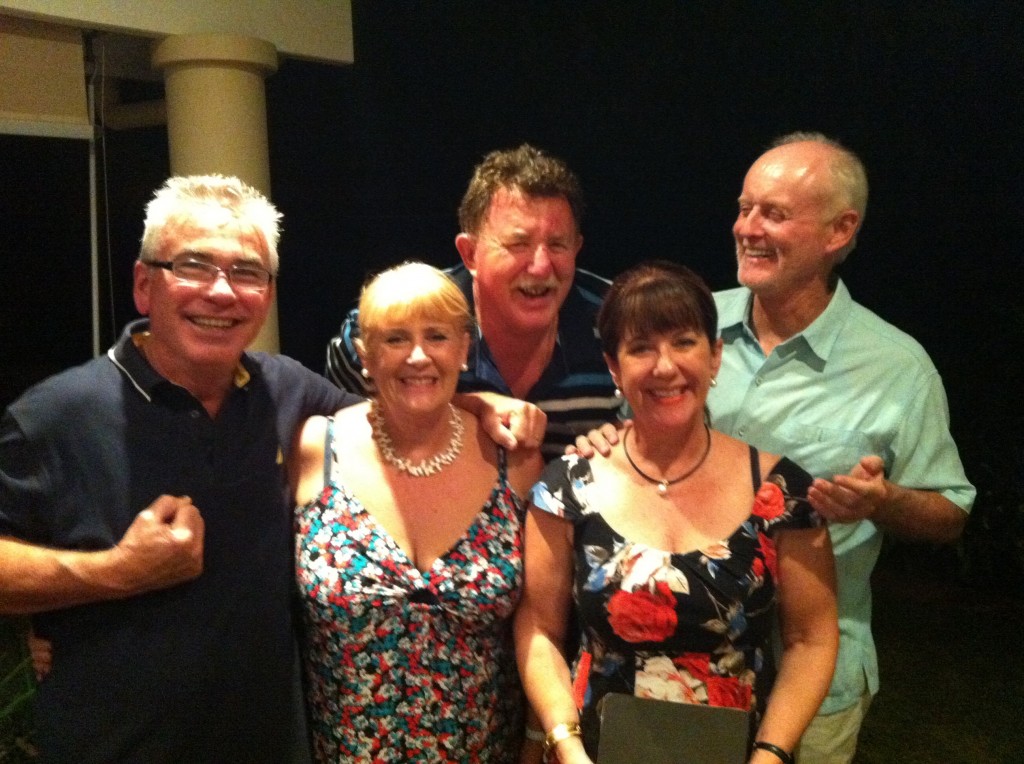 In an earlier item, I told about the incredible kindness and generosity the Langer family showed me 43 years ago during my first trip down under.

Well, thanks to some very helpful people in Esperance, the town in which they lived way back in 1971, and the miracle of Google, I was able to track down the entire family. I’ve been trading emails with daughter Tina (now known as Chrissy) for the last couple months.

As I mentioned, we need to return our rental car to Perth in order to avoid a $4200 one-way drop-off fee. That twist of fate took us back to Western Australia and very near to Kalgoorlie, the outback town in which the Langer sisters now live.

When Chrissy found out we were going to be in the area, she invited us to her house for dinner. I protested, saying that I should take them out to dinner and that it wasn’t right that a second generation of Langers should host me and feed me.

I don’t mind admitting that I was a little nervous as I knocked on her door. Even though Chrissy’s invitation was warm and welcoming, I feared we’d run out of things to talk about in an hour and that it would then get uncomfortably quiet. I also worried that Jamie would be bored to death listening to us talk about memories from 43 years ago (back about the time she was getting out of diapers).

Oh, my god, how wrong I was. It was a great night.

Chrissy and her husband Eddie hosted us at their beautiful home. We were joined by sister Wendy and her husband Tiny, who live right across the street. We laughed and told stories and relived memories and got to know each other for hours. And best of all, father Johnny Langer called in from his home in Perth. He’s now 88 years old and still sharp as a tack.

To tell the truth, I didn’t think either of the Langer sisters really remembered me, but they did. Chrissy said she remembered that I had long hair and a beard and looked like Jesus. (I must admit that I did look a bit Christ-like in those days.) That amused Eddie to no end and he kept referring to me as Jesus Jimmy.

On the drive back to our hotel Jamie said, “The whole evening was soooo comfortable. It felt like we’d known them forever.” Then she paid them the ultimate compliment: She said she wishes we could move to Australia so she could hang out with them all the time.

NOTE: In the photo above, that’s Eddie, Wendy, Tiny, Chrissy, and Jesus Jimmy.