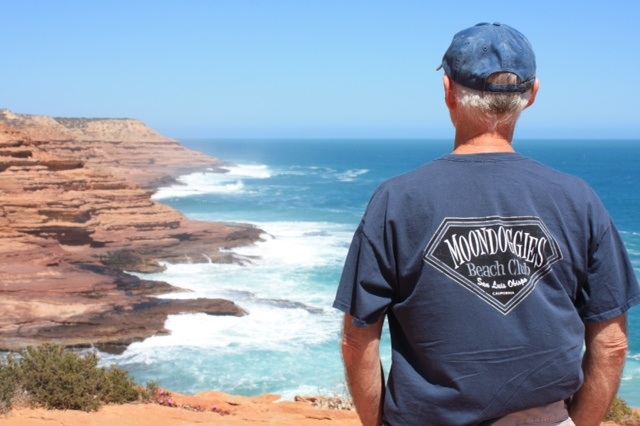 After a 12-hour drive from Esperance, skirting the edge of Perth to avoid rush hour traffic, we ended up last night at a lovely bed and breakfast in Cervantes, Western Australia.

When we told our hosts that we’d be driving five hours north and spending the next night in a town called Kalbarri they said, “Oh, Kalbarri’s too commercialized for us.”

We didn’t know what to expect. Was it going to have a Wal-Mart and wall-to-wall condos like Maui?

Turns out the population of Kalbarri is 1600. It’s 30 miles off the main highway. It has one grocery store, two gas stations, a few restaurants, and some real estate offices and motels along a short shopping strip. It sits on a wide spot on the highway where the Murchison River meets the Indian Ocean.

Apparently that’s what passes as “too commercialized” out here in Western Australia.