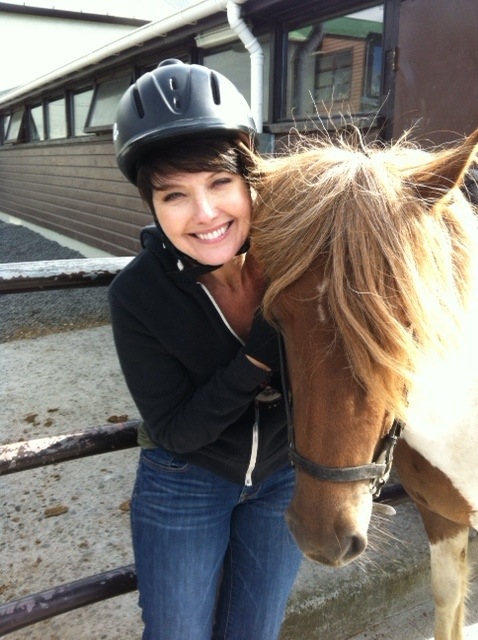 Here’s a long, seemingly unrelated story that actually isn’t: I consult with Barnett Cox, an advertising agency in San Luis Obispo. About five years ago Dave Barnett came to me and said, “I’ve hired a new copywriter and I want you to mentor her.” I was horrified when he told me she was almost my age. Crap, that’s old for a copywriter. How in the hell, I wondered, can I possibly teach some old woman how to write copy?

We spoke. I liked her, but still had little hope that I could ever turn a longtime newspaper reporter into much of a copywriter.

Well, I was wrong. I’ve told anyone who would listen that Suzy McDonald was great. Is great. We hit it off so well that I often refer to her as my office wife. And not in a complimentary way.

One day Suzy asked where we were going to begin our trip around the world. When I said, “Iceland”, she said, “Why are you going there?”

“Well, I’ve always wanted to visit Iceland,” I said, “but Jamie wants to go so she can ride an Icelandic horse.”

That’s when Suzy said one of the most surprising things I’ve ever heard.

“I have an Icelandic horse. You guys should come up for lunch and Jamie can ride him.”

So one Sunday afternoon we took our friend Ray up to Cambria for lunch with Suzy and her husband Bob. Jamie and Ray and I later agreed that it was one of the nicest afternoons we’d ever spent. Their house is beautiful. The lunch was spectacular. The surroundings were stunning. The company was great. And Jamie, who as far as I knew had never ridden a horse, had a ball riding Suzy’s Icelandic horse.

Today we went to a stable a few miles outside of Reykjavik. We rode Iceland horses in Iceland, which I guess is a big deal to aficionados of Icelandic horseflesh. Other horses have four gaits — walk, trot, cantor and gallop. But Iceland horses have their own unique gait — the tölt — which is so smooth it feels like you’re gliding. One guide said that when a horse is tölting, you could drink a mug of beer without spilling a drop.

My horse’s was named Lucky. Jamie’s was named Eyjafjallajökull or some equally unpronounceable Icelandic name.

Here you go, Suzy. Here’s a photo of Jamie in Iceland with Eyjafjallajökull.