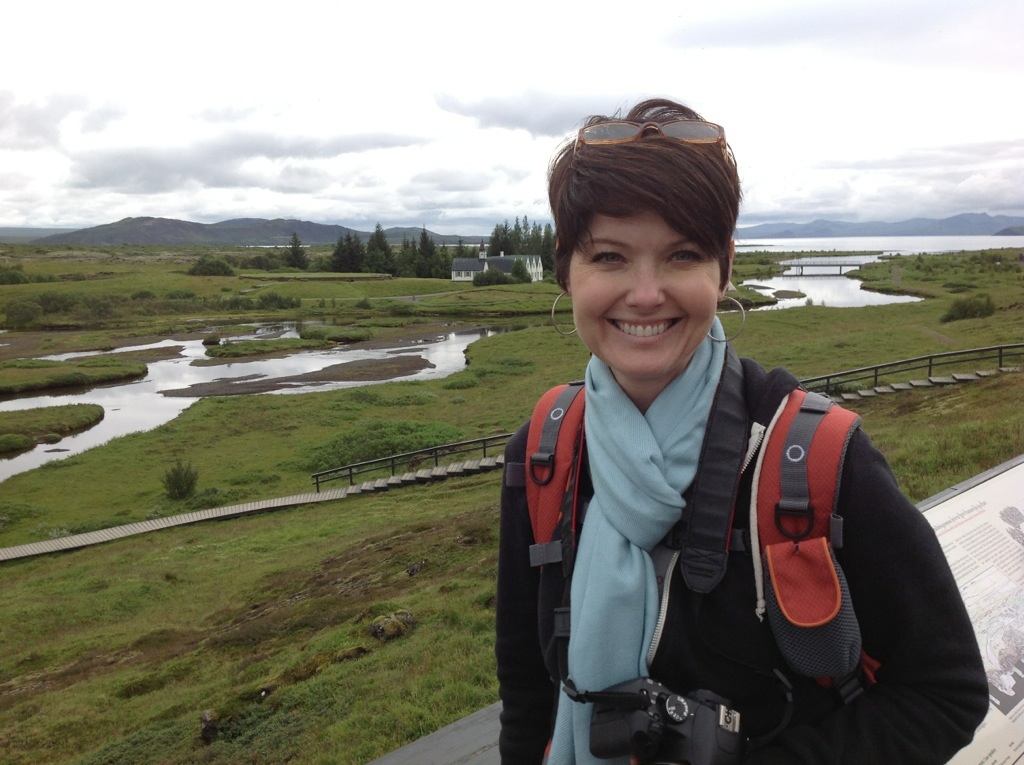 The Icelandic alphabet has some letters that don’t exist in English and the name of this national park begins with one of them. It’s either a “p” with an extra ascender or a “b” with an extra descender.

Whatever the letter is, it’s appropriate that it’s somewhere between two other things because this is the spot that marks the dividing point between Europe and North America. This is where the two tectonic plates come together or split apart or whatever tectonic plates do.

UPDATE: We just got home from seeing the stand-up comic at the Opera House. He taught the audience how to pronounce that letter. It’s almost a “th”sound, but not quite.