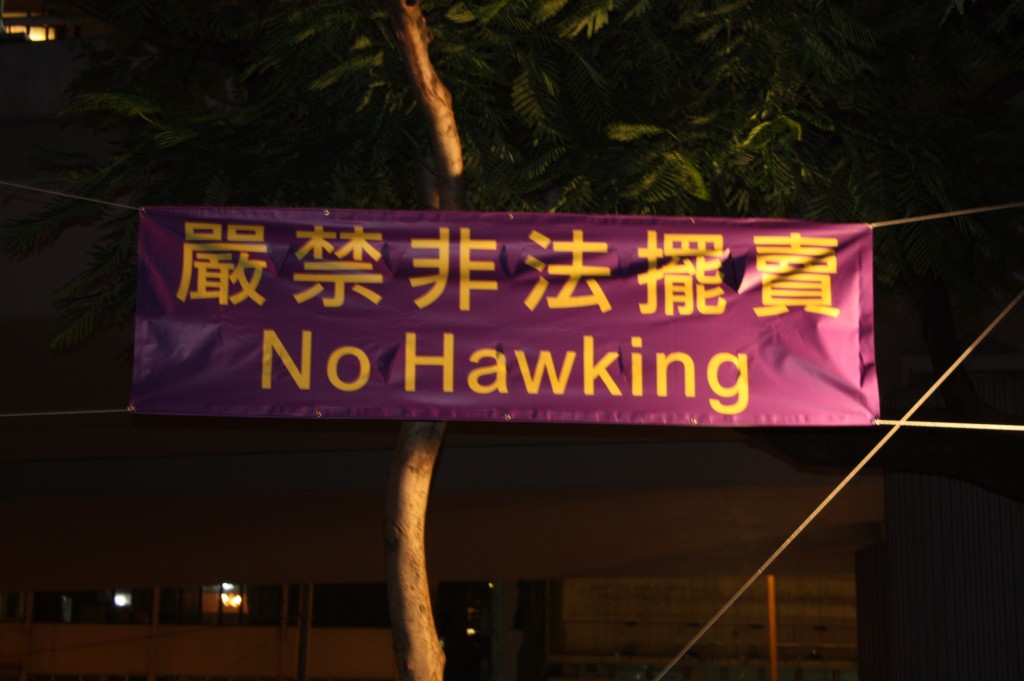 Before this trip most of what I knew about China was found in a book called Riding the Iron Rooster. It was written by Paul Theroux and tells the story of his travels through China in the 1980s, back when China was still mired in third world misery.

One of the things I remember most from the book is Theroux’ descriptions of the Chinese habit of spitting. He claimed that foreigners should carry umbrellas to protect themselves from the constant spitting they are sure to encounter everywhere in China. Men, women, children — they all spit everywhere all the time.

I read several years ago that the government was working hard to wipe out this epidemic of expectoration exhibitionism.

Well, let me be blunt. The campaign hasn’t worked. Everyone still spits. Men, women and children still hawk up big ol’ loogies and let ’em fly. The sidewalks are covered with glistening little puddles of spit.

Today I was waiting for Jamie in the lobby of Steve Wynn’s Hotel & Casino, a pretty spiffy place in Macao, when a very attractive young Chinese woman clad in fashionable, obviously expensive clothes walked toward me. I, being the dreamer I am, assumed she had spotted me from across the room and felt compelled to approach me to express her intense desires.

Instead of approaching me to reveal the depth of her passion she stopped a few feet short of me, hawked up a big ol’ loogie and spit it into the trash can I was standing next to.

So now you understand the reason for the photo accompanying this blog item. We saw this sign tonight posted in a position of great prominence at Hong Kong’s Harvest Moon Lantern Festival. I suppose it could mean that vendors cannot hawk their wares at the festival, but I choose to believe that it refers to spitting.

What do you think?