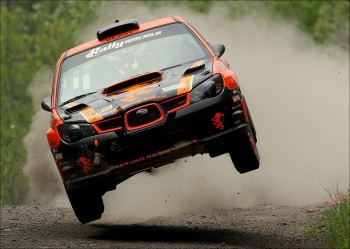 After two nights “camping” with the wild animals in Udawalawe, we returned to Tea Trails for two more nights of luxury.

We had to catch the Rajadhani Express back to Colombo at 3:28 in the afternoon, so our butler arranged for a car to drive us back to the Hatton train station. We spent a leisurely morning puttering around Tea Trails, enjoying a final lunch, and packing our bags. We were eager to get back to Colombo, so we were ready early, sitting in an alcove just off the lobby for our 2:45 pick-up.

Of course, I’m always a little nervous, so I asked the butler if, perhaps, we shouldn’t leave at 2:30 instead of 2:45 just to make sure we got there in time.

“No problem,” he said with a big smile. “The driver will be here at 2:45 and that will give you plenty of time.”

At 2:50 the car and driver still had not appeared, so I went searching for the butler.

“He will be here in five minutes,” he said reassuringly.

“Will that give us enough time?” I asked. 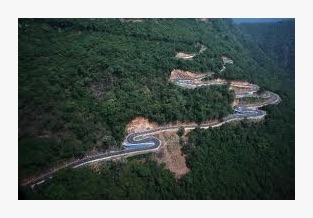 He seemed calm, but little rivulets of sweat were beginning to dampen the hair at the base of my neck. The way Jamie and I recalled the drive from the train station to Tea Trails, it had taken about 30 minutes and it was beginning to look like we were going to cut it perilously close.

At 3:00 I went searching for the butler again. I found him talking on the phone in his small, cluttered office. I could be wrong, but I swear I saw rivulets of sweat were now beginning to dampen the hair at the base of his neck. He turned to me and attempted to exude confidence, but it seemed to be a bit forced to me.

“No problem,” he insisted. “The driver is on his way. You will have plenty of time.”

Jamie and I were far less confident than the butler, so we toted our luggage out to the front portico so that we could load it into the car quickly if and when it arrived.

I looked up just as a Tea Trails car came careening around the corner and sped up the long driveway. It pulled up in front of the bungalow and I threw open the trunk almost before it had come to a complete stop. I tossed in our bags, slammed the trunk, and we jumped in the back seat. I clicked on my cell phone to see the time. Three oh five.

“I’ll get you there,” he said. “I’m a good driver. I’ve been doing this for fifteen years.”

And thus began the most harrowing twenty minutes of our lives.

The road between Tea Trails and Hatton has more twists and turns than a season of Game of Thrones. The single lane road is filled with pedestrians, plantation workers, busses, mopeds, trucks, and hundreds — maybe thousands — of the inescapable Sri Lankan canines.

Our driver gunned the engine and sped around one hairpin turn after another, honking his horn to warn any oncoming traffic that we were coming through no matter who may have rightfully had the right of way. He laid on the horn and swerved around anything that had the temerity to slow down in front of us. In fact, he appeared to be steering with one hand while using the other one to honk virtually non-stop.

At one point he turned to us and screamed, “Road very bendy!” I guess that’s Sri Lankan for “one insane hairpin turn after another”.

We had close call after close call, near wreck after near wreck, all accompanied by the incessant warning honks from our driver. Pedestrians scattered to save themselves. Huge busses swerved out of our path. Mopeds hugged the edges of steep cliffs to avoid us. Sonambulant Sri Lankan dogs that hadn’t run in years suddenly leapt like greyhounds out of the starting gate.

I actually thought, So this is how it all ends — in the back seat of a Nissan in Sri Lanka. Jamie later told me that she thought the same thing.

After all that death defying driving, we finally sped into Hatton just as rush hour (such as it is in rural Sri Lanka) began. The streets were packed with people and vehicles and the people were moving faster than the vehicles. Despite the fact that the roads were full, our driver continued to honk and risk all of our lives in an attempt to get to the train station in time.

Jamie and I kept checking the time and muttering, “We’ll never make it.”

Just as we were giving up hope, the driver screamed, “Short cut”, and jetted up a hill onto a narrow alleyway. I’m sure Jamie and I were both thinking, Where is this guy taking us?, when he calmly turned to us and said, “Train station!”

Son of a bitch. It was 3:25. Our train had not yet arrived. We had made it with three minutes to spare.

Yes, we caught our train, but it was the most harrowing twenty minutes of our lives. The wonderful sense of calm that we had experienced in the previous 48 hours at Tea Trails was gone, but it had been replaced by a new sense of wonder brought on by the fact that we were still alive.

I handed the driver all the Sri Lankan cash I had in my wallet. He had earned it.