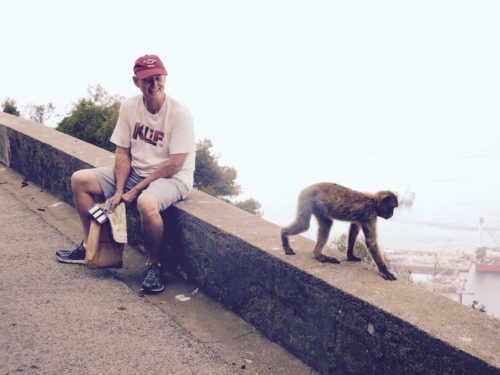 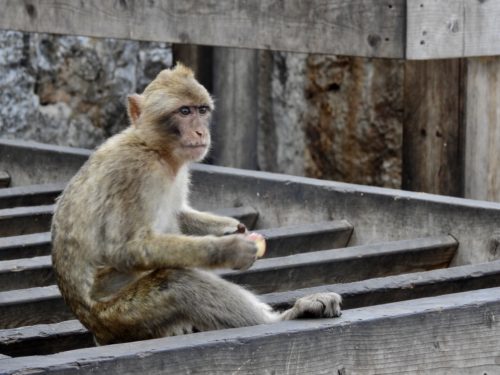 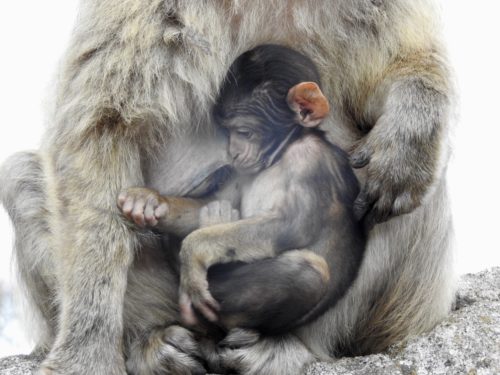 If you are willing to ignore the European Parliament, wild apes can only be found in one place in Europe — on the Rock of Gibraltar.

In Africa, Barbary macaque populations are rapidly declining due to hunting and deforestation, but the number of Barbary monkeys in Gibraltar is growing.

Three hundred of the little buggers now live in five troops on the Upper Rock area of the Gibraltar Nature Reserve, where they attempt to steal anything that isn’t nailed down.

One of the cute little guys tried to snatch a paper bag out of my hand as he ran past us. If I han’t had a good grip, he’d now be back home taking photos of the wife and kids with my cell phone and Jamie’s selfie stick.