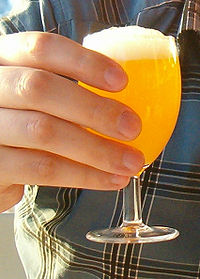 We had a great cab driver on the ride from the airport to our hotel in downtown Funchal. His name, of course, was João, because all Portuguese men are named João.

I say he was a great cab driver because of his tremendous enthusiasm for his home island. He was better than most tourist guides and told us to make sure we tried four Madeiran specialties while we were here. We tried them all:

I’m not much of an alcohol drinker, but we had tried the cab driver’s other three recommendations with great success, so we bought a couple small plastic bottles of Poncha. One for each of us. What the hell — when in Madeira, do as the Madeirans.

I consumed my small bottle and must admit that it caused me to exhibit some public behavior that may have embarrassed Jamie. But that is neither here nor there and the story is probably not fit for this blog.

But after drinking this devil liquid, this água do demônio, I wanted to know more about it, so I went to the world’s source authority on all subjects.

Here’s what Wikipedia.com had to say:

“Poncha is a traditional alcoholic drink from the island of Madeira, made with aguardente de cana (distilled alcohol made from sugar cane juice), honey, sugar, lemon rind and with different fruit juices according to the version of poncha, but traditionally lemon juice is used.”

And now pardon me while we veer off into another of those tangents regular readers have come to expect:

A few months after my first attempt to retire from advertising, I received a phone call from Rick Reiff, the editor of the Orange County Business Journal.

“You’re too young to retire and you’re probably bored already, and I just lost my marketing columnist,” Rick said. “So how would you like to be my substitute marketing columnist until I can hire a new one? I’ll give you complete freedom to write anything you want and I will only edit you for spelling and grammar.”

Sounded fun, so I signed up with Rick and the OCBJ.

We also set up an unusual deal for payment. They compensated me with advertising space. I received one column inch per week (for the non-advertising folks, that means the ad was one inch high and one column wide). I then created tiny little ads that ran at the bottom of my marketing column each week and promoted my freelance advertising creative services.

When you do an ad that small, you’re forced to be very creative or the ads will be ignored. So I worked very hard (adios, retirement) to create funny headlines that would grab people’s attention. I did a different headline each week just to keep it fresh and interesting and to keep readers coming back for more. Anything that came to mind was fair game.

One week I did an ad that said:

Psychologically speaking,
I think all my problems are
caused by the fact that
I have a small d.

I was, of course, referring to the unusual lower case “d” with which our last name begins. But if readers were to infer something else from the headline, well, that’s where the humor came from.

I’m very proud of that small space ad because it generated lots of phone calls and comments and laughs.

But why am I telling you this story now?

Because I did not quote Wikipedia’s full description of Poncha. Here’s the rest:

“It is mixed together with a mixing tool created in Madeira officially called a mexelote but more commonly known as a caralhinho (little cock).”

So it’s not bad enough that I have problems caused by my small d. Now, thanks to Madeiran alcohol, I also have a little cock.