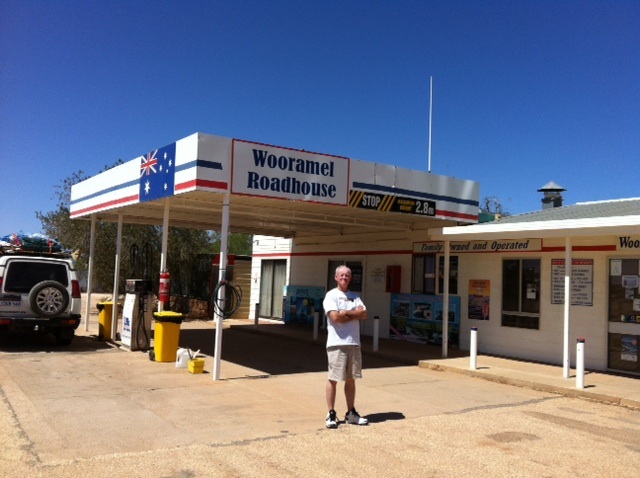 Shaquille O’Neal used to give himself a lot of nicknames. The Big Aristotle, The Big Maravich, and The Big Baryshnikov to name just a few. If we asked The Big Nicknamer to give one to Western Australia, it would probably be The Big Empty.

The population of Western Australia is about 2.3 million. But when you consider that 1.7 million of them live in metropolitan Perth, that leaves just 600,000 people spread out across the rest of this immense state. And since most of those folks live to the south of Perth that leaves the great northern section virtually unpopulated.

For example, today we drove 480 miles from Kalbarri (population 1600) to Exmouth (population 3200) but never passed through another town along the way. Not one. Just empty outback. Oh, sure, there was a roadhouse (otherwise known as a gas station) every hundred miles or so, but nothing else.

The only city of any size north of Perth is Geraldton, a booming regional capital with only 25,000 people. We won’t hit another town that with that many people (Alice Springs in Australia’s Northern Territory) for the next 3,000 miles.