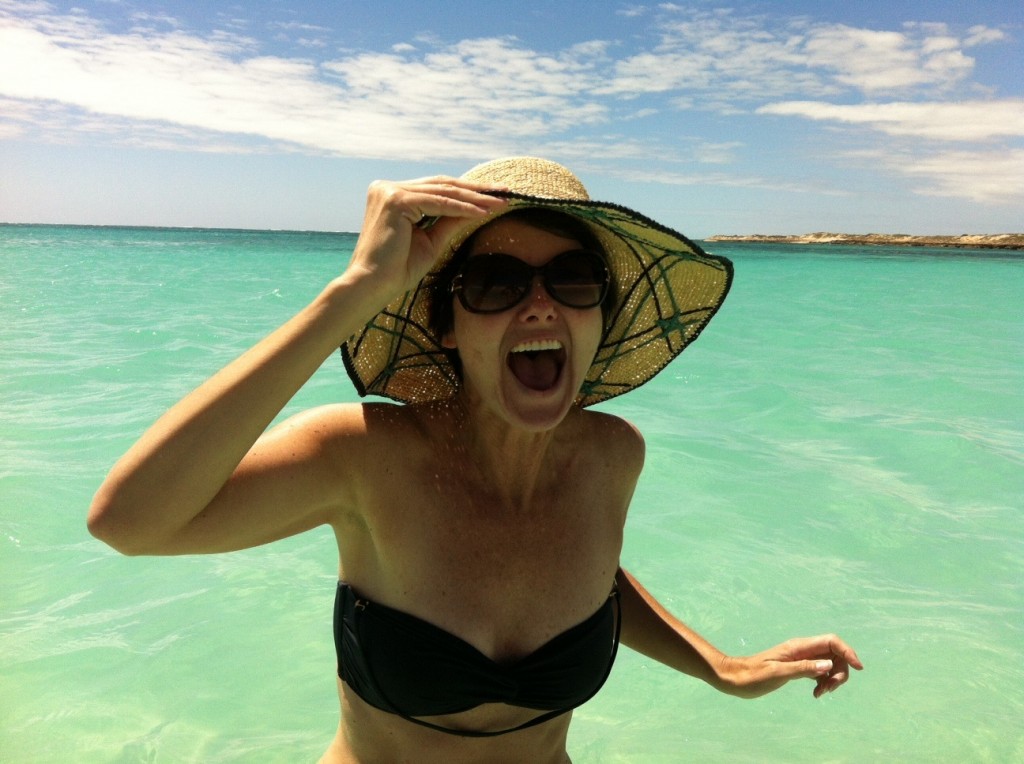 Here’s one major difference between the two reefs: It takes an hour long boat trip to reach the Great Barrier Reef, but the Ningaloo Reef is so close to shore that you’ll only be about waist deep in water by the time you reach it.

We spent the day on the beach at the aptly-named Turquoise Bay where the reef’s about twenty feet off shore. Jamie likes to “frolic” in the water and believe me, she had a frolic-palooza today.

Most of Australia’s population lives on its east coast and that’s where most of the tourists visit, too. So when your boat finally reaches the Great Barrier Reef it will tie up next to a small armada in which each boat is fully-engorged with snorkel and mask-clad tourists pushing and shoving and dog paddling their way toward the nearest coral. I’m convinced that there are times when there are more tourists than fish in the water.

On the other hand, there were so few people on the beach and in the water at Turquoise Bay that I was able to count them.

We were on a perfect white sand beach that surrounded a bay filled with warm turquoise water and one of the world’s great wonders. And we only had to share it with 49 other people.

It was worth the drive.